A group of former Israeli Army officers commit to one last mission to free the prisoners in a Syrian prisoner of war camp./The real-life story of courageous Yugoslavian airmen who fought back against the Germans during the Nazi occupation. 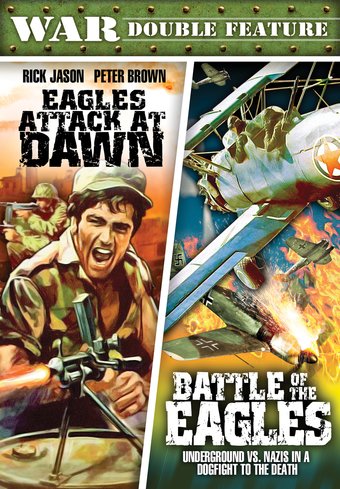 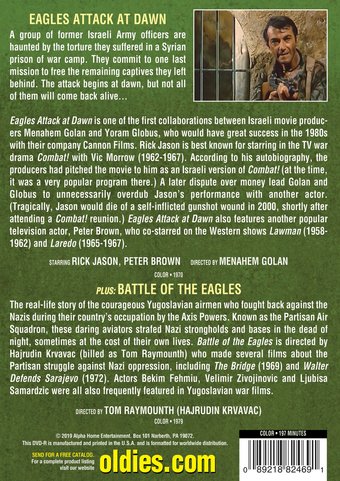 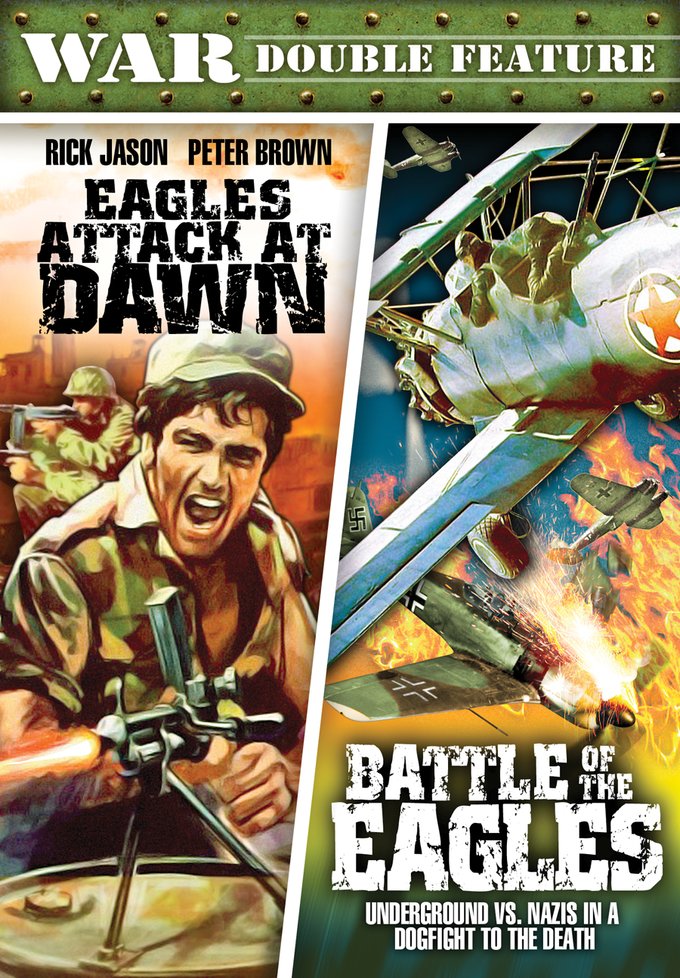 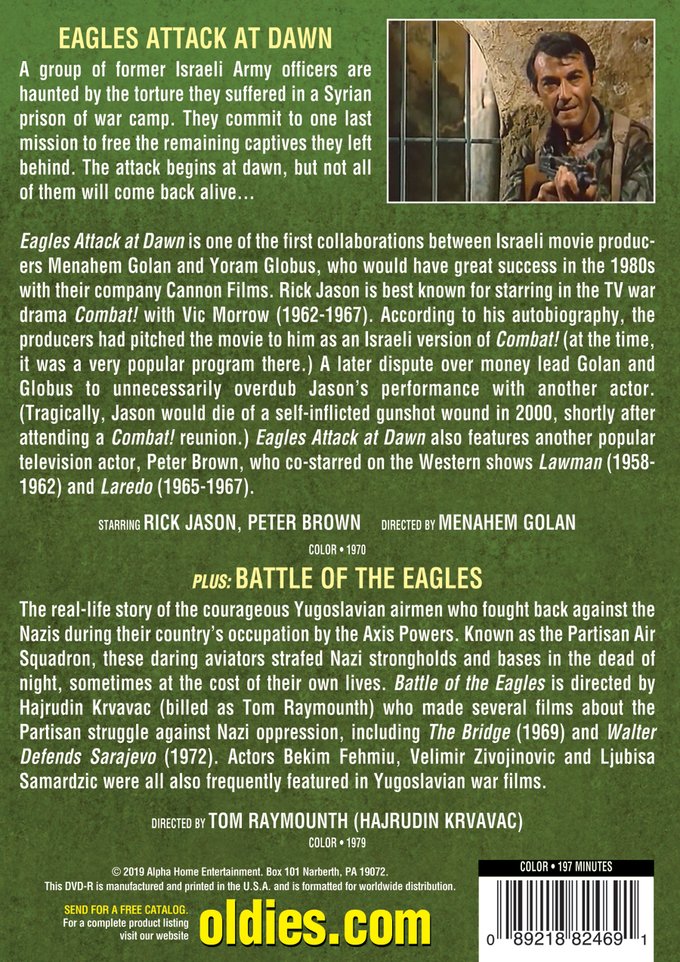 EAGLES ATTACK AT DAWN (1970): A group of former Israeli Army officers are haunted by the torture they suffered in a Syrian prison of war camp. They commit to one last mission to free the remaining captives they left behind. The attack begins at dawn, but not all of them will come back alive...

Eagles Attack at Dawn is one of the first collaborations between Israeli movie producers Menahem Golan and Yoram Globus, who would have great success in the 1980s with their company Cannon Films. Rick Jason is best known for starring in the TV war drama Combat! with Vic Morrow (1962-1967). According to his autobiography, the producers had pitched the movie to him as an Israeli version of Combat! (at the time, it was a very popular program there.) A later dispute over money lead Golan and Globus to unnecessarily overdub Jason's performance with another actor. (Tragically, Jason would die of a self-inflicted gunshot wound in 2000, shortly after attending a Combat! reunion.) Eagles Attack at Dawn also features another popular television actor, Peter Brown, who co-starred on the Western shows Lawman (1958-1962) and Laredo (1965-1967).

BATTLE OF THE EAGLES (1979): The real-life story of the courageous Yugoslavian airmen who fought back against the Nazis during their country's occupation by the Axis Powers. Known as the Partisan Air Squadron, these daring aviators strafed Nazi strongholds and bases in the dead of night, sometimes at the cost of their own lives. Battle of the Eagles is directed by Hajrudin Krvavac (billed as Tom Raymounth) who made several films about the Partisan struggle against Nazi oppression, including The Bridge (1969) and Walter Defends Sarajevo (1972). Actors Bekim Fehmiu, Velimir Zivojinovic and Ljubisa Samardzic were all also frequently featured in Yugoslavian war films.