Randolph Scott, as a United States marine colonel with a highly-trained battalion, who stages a raid on the Japanese-held Makin Island in this World War II epic. This story is based on true events 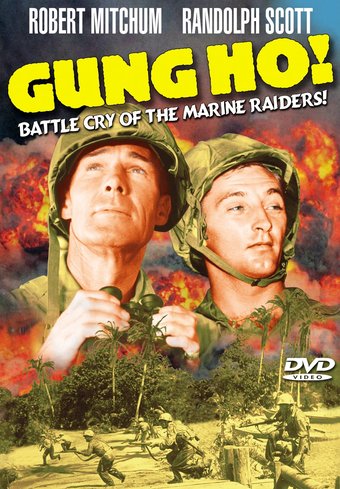 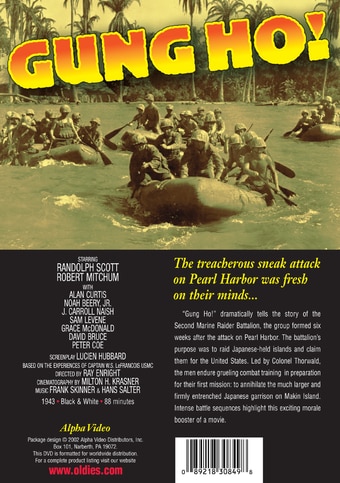 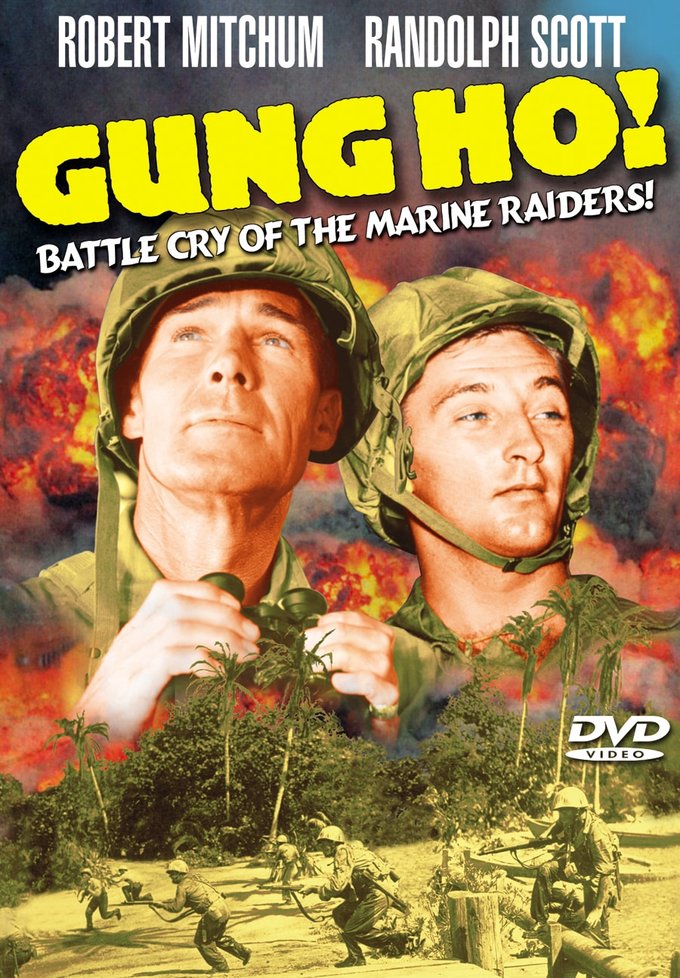 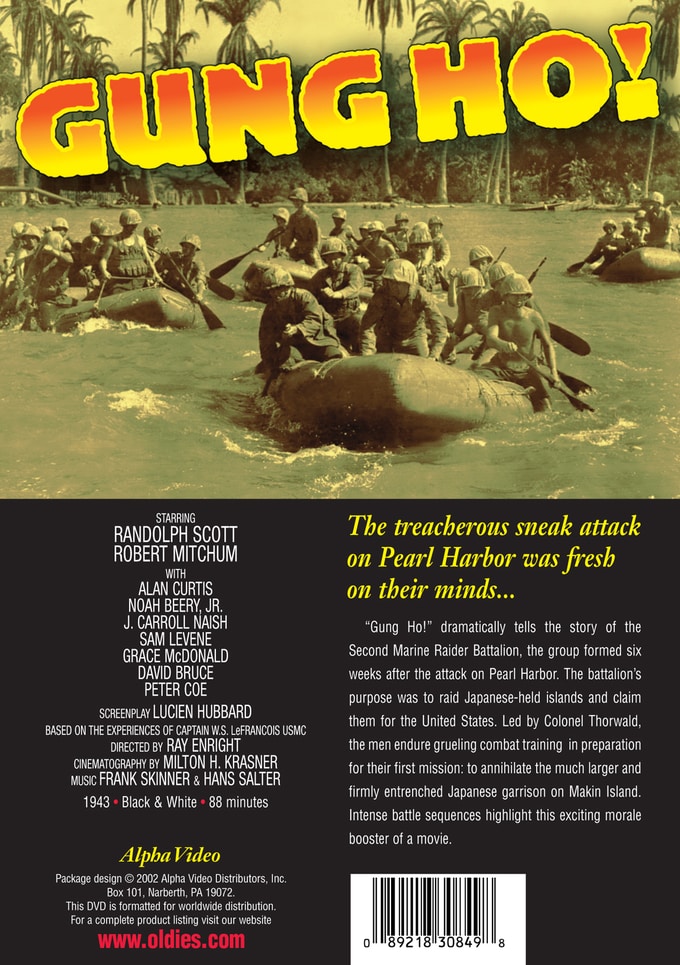 The treacherous sneak attack on Pearl Harbor was fresh on their minds...

Gung Ho! dramatically tells the story of the Second Marine Raider Battalion, the group formed six weeks after the attack on Pearl Harbor. The battalion's purpose was to raid Japanese-held islands and claim them for the United States. Led by Colonel Thorwald, the men endure grueling combat training in preparation for their first mission: to annihilate the much larger and firmly entrenched Japanese garrison on Makin Island. Intense battle sequences highlight this exciting morale booster of a movie.

GUNG HO! is the true story of a special battalion picked from the toughest men in the U.S Marines and given the dangerous mission of recapturing Japanese-held islands in the South Pacific during World War II. Hollywood tough guy Randolph Scott stars as their commander, Colonel Thorwald, who recruits and trains the soldiers--collectively known as "Carlson's Raiders"--in all imaginable forms of combat, culminating in an explosive battle sequence at the Japanese stronghold on Makin Island. The film, which also features a great performance by legendary icon Robert Mitchum, introduced the expression "gung ho" to the American vernacular and was an important piece of morale-raising propaganda during U.S. involvement in World War II.

The title comes from the Chinese phrase meaning "work together," and was a popular expression among Marines during World War II. The film dramatizes the first American offensive in the Pacific when land was recaptured from the Japanese on Makin Island. A detailed description of the preparations show the selection and training of 200 Marines, their transportation by submarine to the island, and finally, the raid itself.
Most of the narrative comes from first-hand accounts of the battle, giving the film's action a hard-edged realism.

Action | True Story | War | World War II | WWII
This product is made-on-demand by the manufacturer using DVD-R recordable media. Almost all DVD players can play DVD-Rs (except for some older models made before 2000) - please consult your owner's manual for formats compatible with your player. These DVD-Rs may not play on all computers or DVD player/recorders. To address this, the manufacturer recommends viewing this product on a DVD player that does not have recording capability.

Customer Rating:
Based on 3173 ratings.


While based on actual events, the film contains many morale-building sequences, most notably the noble speechifying of the battalion's commander, Randolph Scott. That theme aside, this gritty action movie keeps your attention. There is nothing maudlin about the characterizations; these tough guys know what they're up against. The story takes pains to portray them as real human beings, too. I urge all viewers to also buy A WALK IN THE SUN (offered here at oldies.com)and compare the two films. You'll see that the two years difference between release of this film(1943)and WALK..(1945)marked quite a departure from propaganda programmers and bred a more thoughtful, deliberate cinematic approach.