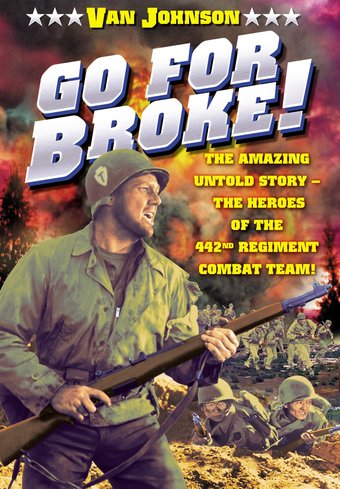 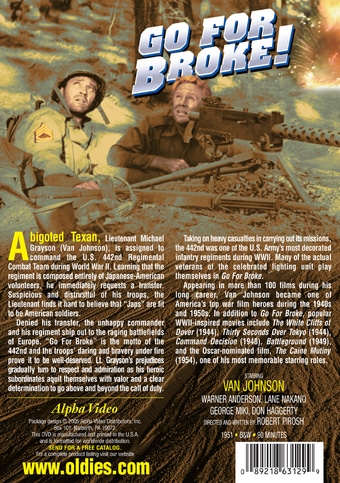 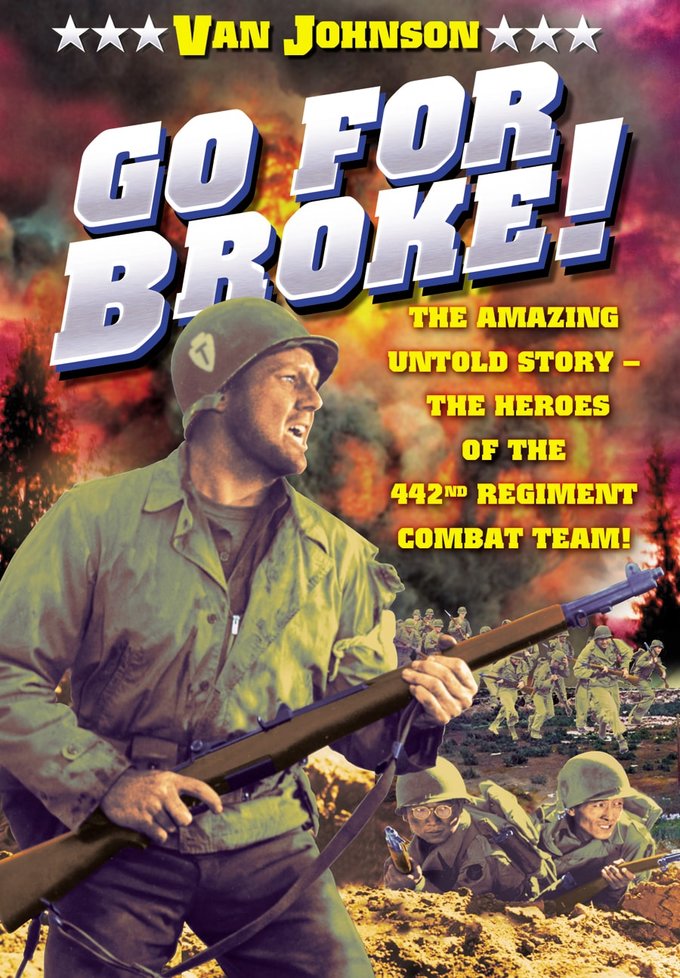 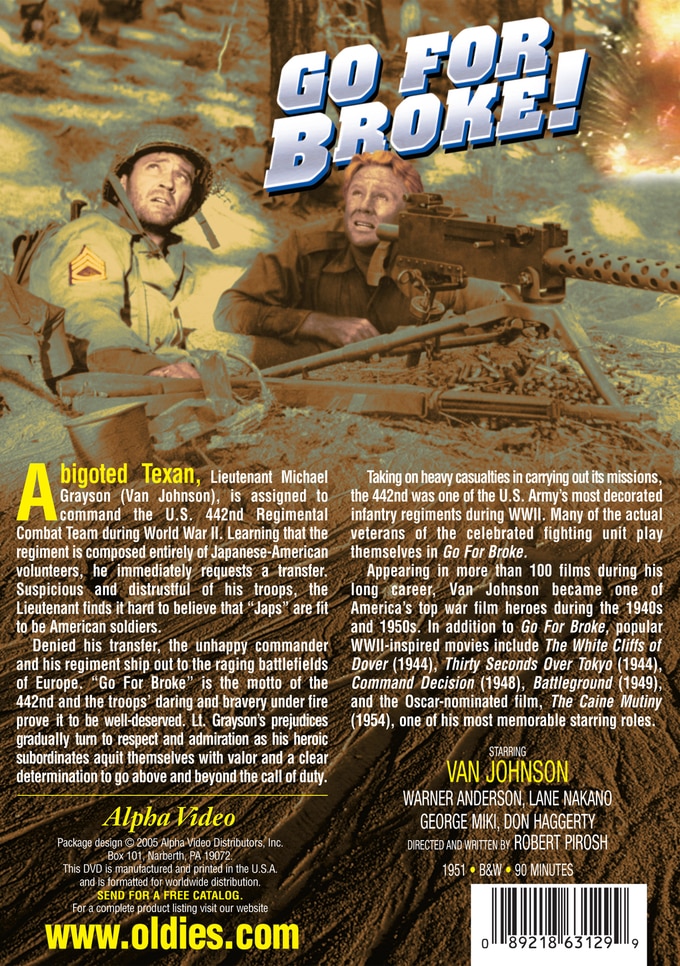 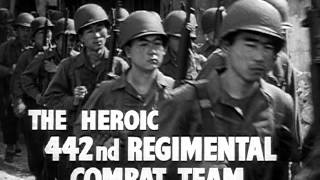 A bigoted Texan, Lieutenant Michael Grayson (Van Johnson), is assigned to command the U.S. 442nd Regimental Combat Team during World War II. Learning that the regiment is composed entirely of Japanese-American volunteers, he immediately requests a transfer. Suspicious and distrustful of his troops, the Lieutenant finds it hard to believe that "Japs" are fit to be American soldiers.

Denied his transfer, the unhappy commander and his regiment ship out to the raging battlefields of Europe. "Go For Broke" is the motto of the 442nd and the troops' daring and bravery under fire prove it to be well-deserved. Lt. Grayson's prejudices gradually turn to respect and admiration as his heroic subordinates acquit themselves with valor and a clear determination to go above and beyond the call of duty.

Taking on heavy casualties in carrying out its missions, the 442nd was one of the U.S. Army's most decorated infantry regiments during WWII. Many of the actual veterans of the celebrated fighting unit play themselves in Go For Broke. Appearing in more than 100 films during his long career, Van Johnson became one of America's top war film heroes during the 1940s and 1950s. In addition to Go For Broke, popular WWII-inspired movies include The White Cliffs of Dover (1944), Thirty Seconds Over Tokyo (1944), Command Decision (1948), Battleground (1949), and the Oscar-nominated film, The Caine Mutiny (1954), one of his most memorable starring roles.

The 442nd Regiment, comprised of Nisei - loyal Americans of Japanese ancestry - exhibits heroism far beyond the call of duty, overcoming the Nazis as well as the extreme prejudice of white Americans who cannot accept "Japs" on their side. Van Johnson plays one of those bigots. Academy Award Nominations: Best Story and Screenplay.

Action | Race Relations | True Story | War | World War II | Theatrical Release | WWII
This product is made-on-demand by the manufacturer using DVD-R recordable media. Almost all DVD players can play DVD-Rs (except for some older models made before 2000) - please consult your owner's manual for formats compatible with your player. These DVD-Rs may not play on all computers or DVD player/recorders. To address this, the manufacturer recommends viewing this product on a DVD player that does not have recording capability.