Fighting in Benghazi is portrayed in this brutal war double feature, including "The Fighting Rats of Tobruk" (1944) and "Desert Victory" (1943). Plus the bonus short "Fight for Egypt". 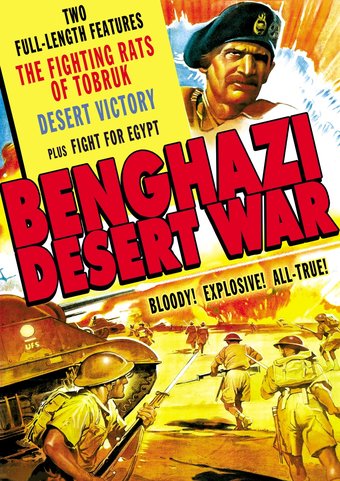 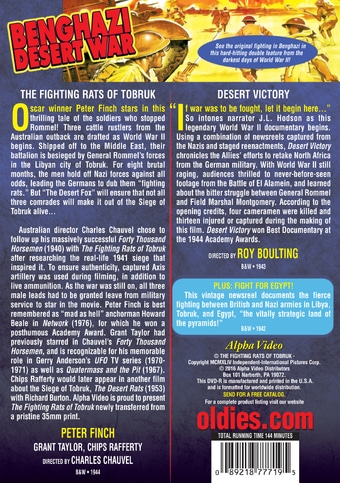 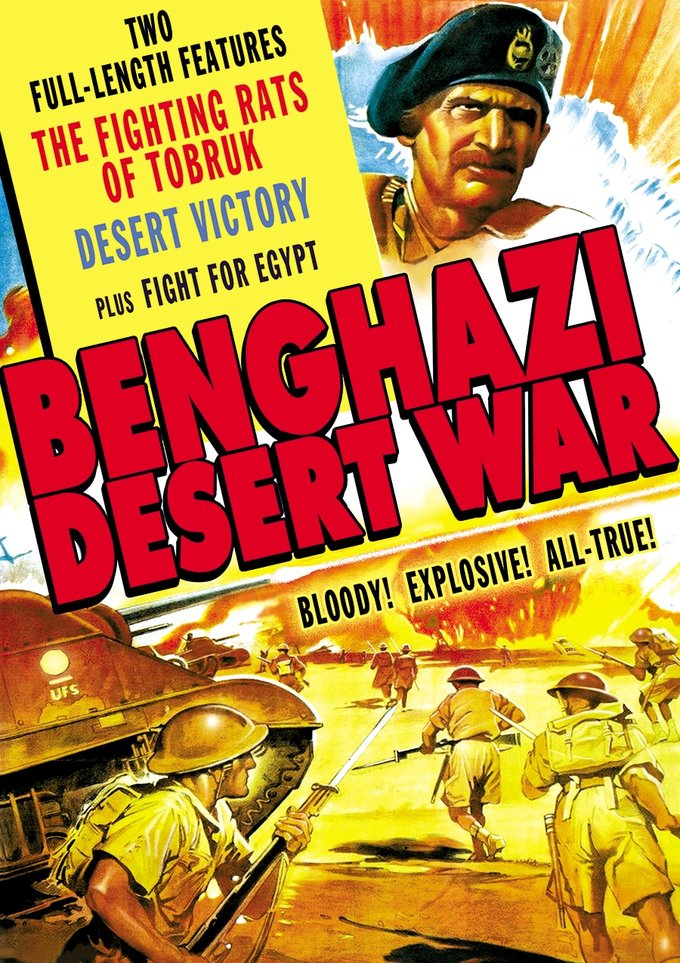 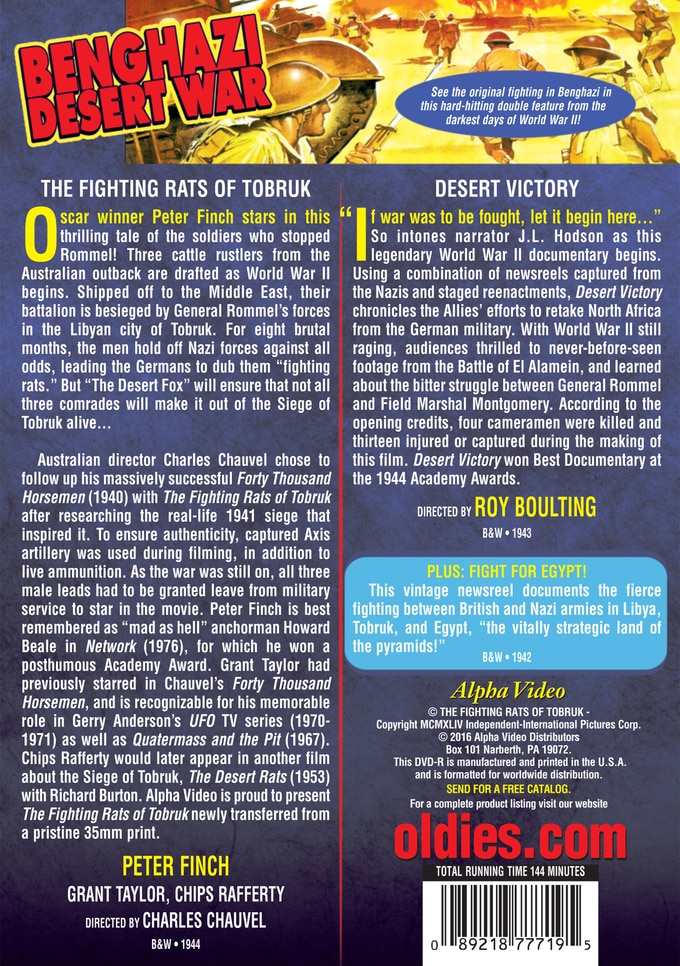 See the original fighting in Benghazi in this hard-hitting double feature from the darkest days of World War II!

THE FIGHTING RATS OF TOBRUK (BW, 1944): Oscar winner Peter Finch (Network) stars in this thrilling tale of the soldiers who stopped Rommel! Three cattle rustlers from the Australian outback are drafted as World War II begins. Shipped off to the Middle East, their battalion is besieged by General Rommel's forces in the Libyan city of Tobruk. For eight brutal months, the men hold off Nazi forces against all odds, leading the Germans to dub them "fighting rats." But "The Desert Fox" will ensure that not all three comrades will make it out of the Siege of Tobruk alive...

Australian director Charles Chauvel chose to follow up his massively successful Forty Thousand Horsemen (1940) with The Fighting Rats of Tobruk after researching the real-life 1941 siege that inspired it. To ensure authenticity, captured Axis artillery was used during filming, in addition to live ammunition. As the war was still on, all three male leads had to be granted leave from military service to star in the movie. Peter Finch is best remembered as "mad as hell" anchorman Howard Beale in Network (1976), for which he won a posthumous Academy Award. Grant Taylor had previously starred in Chauvel's Forty Thousand Horsemen, and is recognizable for his memorable role in Gerry Anderson's UFO TV series (1970-1971) as well as Quatermass and the Pit (1967). Chips Rafferty would later appear in another film about the Siege of Tobruk, The Desert Rats (1953) with Richard Burton. Alpha Video is proud to present The Fighting Rats of Tobruk newly transferred from a pristine 35mm print. Directed by Charles Chauvel.

Desert Victory (BW, 1943): "If war was to be fought, let it begin here..." So intones narrator J.L. Hodson as this legendary World War II documentary begins. Using a combination of newsreels captured from the Nazis and staged reenactments, Desert Victory chronicles the Allies' efforts to retake North Africa from the German military. With World War II still raging, audiences thrilled to never before seen footage from the Battle of El Alamein, and learned about the bitter struggle between General Rommel and Field Marshal Montgomery. According to the opening credits, four cameramen were killed and thirteen injured or captured during the making of this film. Desert Victory won Best Documentary at the 1944 Academy Awards. Directed by Roy Boulting.

PLUS: Fight For Egypt! (BW, 1942): This vintage newsreel documents the fierce fighting between British and Nazi armies in Libya, Tobruk, and Egypt, "the vitally strategic land of the pyramids!"

16%off
Journey Together
$8.40 Super Savings
Add to Cart