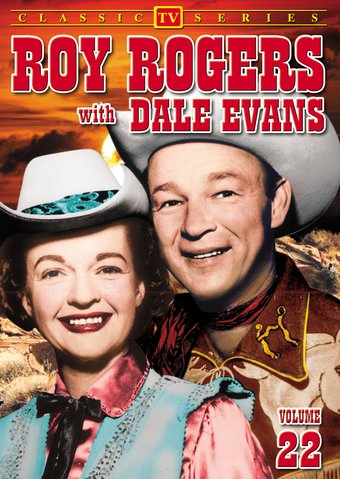 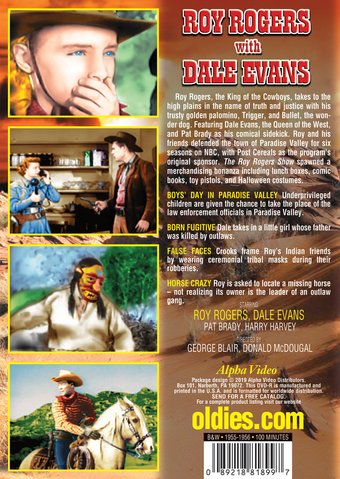 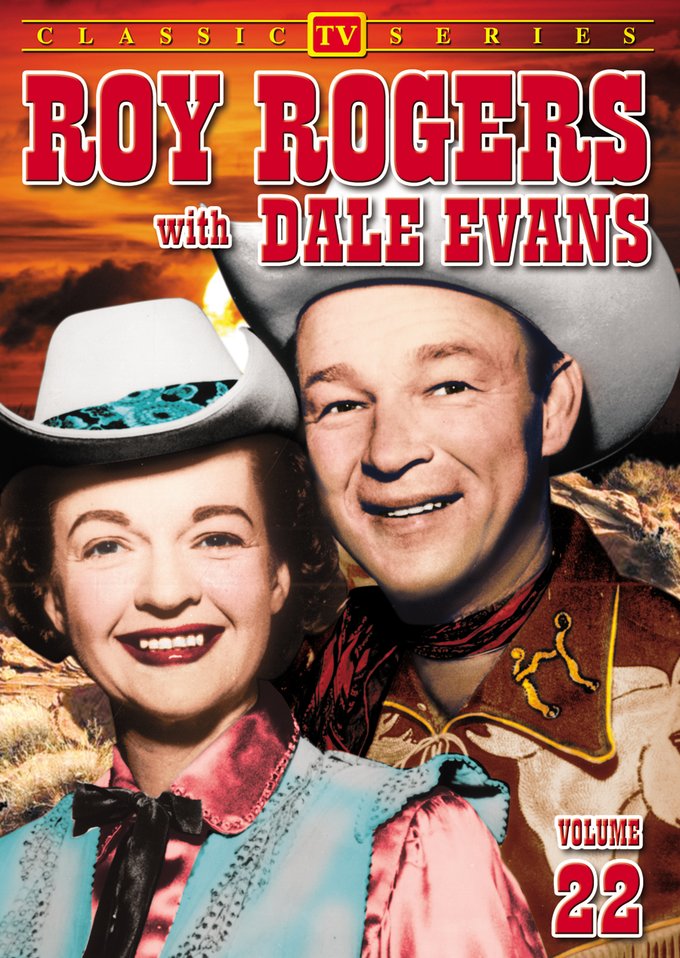 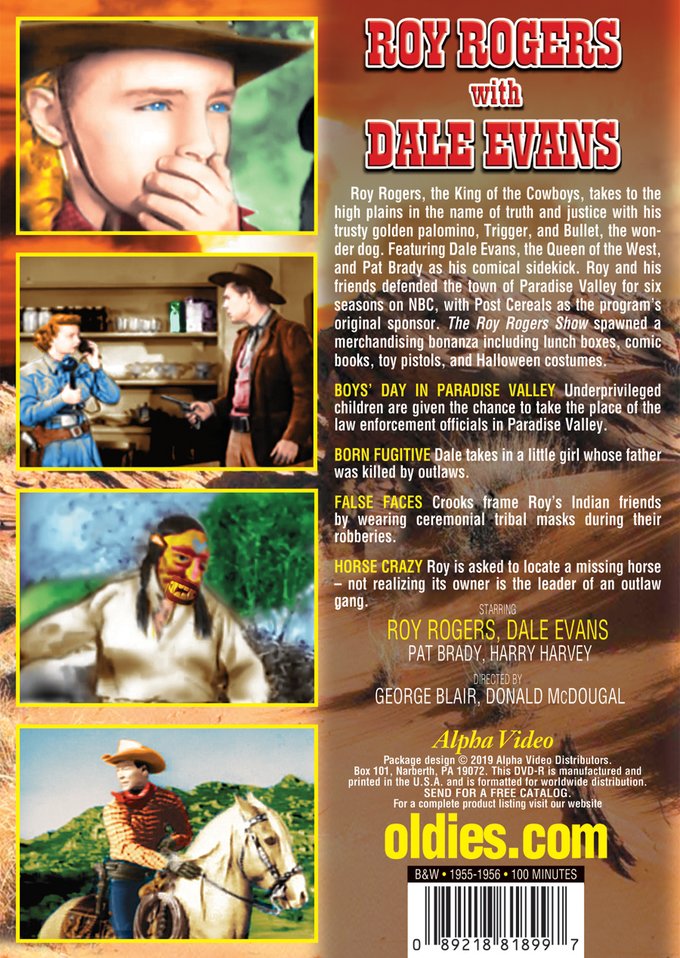 Roy Rogers, the King of the Cowboys, takes to the high plains in the name of truth and justice with his trusty golden palomino, Trigger, and Bullet, the wonder dog. Featuring Dale Evans, the Queen of the West, and Pat Brady as his comical sidekick. Roy and his friends defended the town of Paradise Valley for six seasons on NBC, with Post Cereals as the program's original sponsor. The Roy Rogers Show spawned a merchandising bonanza including lunch boxes, comic books, toy pistols, and Halloween costumes.

BOYS' DAY IN PARADISE VALLEY: Underprivileged children are given the chance to take the place of the law enforcement officials in Paradise Valley.

BORN FUGITIVE: Dale takes in a little girl whose father was killed by outlaws.

HORSE CRAZY: Roy is asked to locate a missing horse – not realizing its owner is the leader of an outlaw gang.