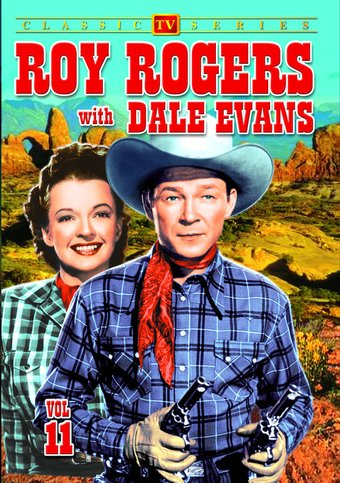 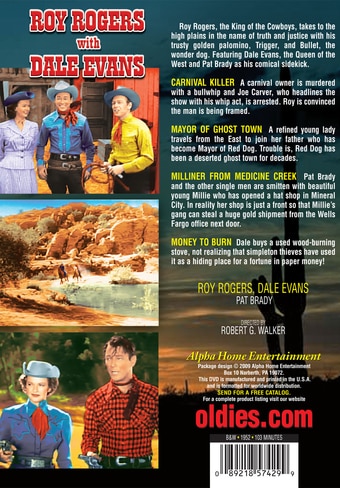 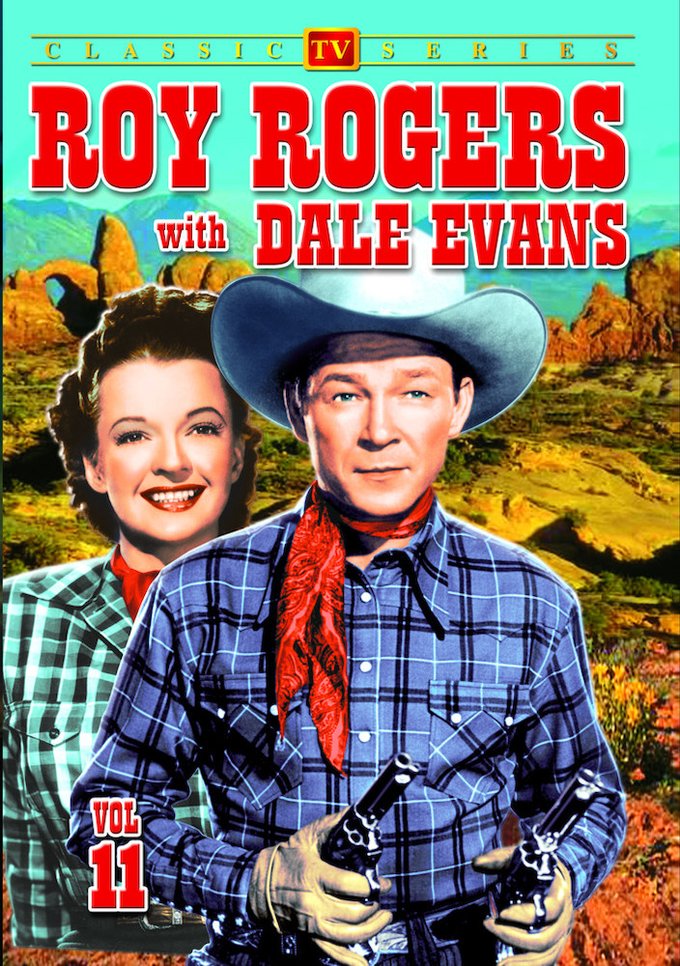 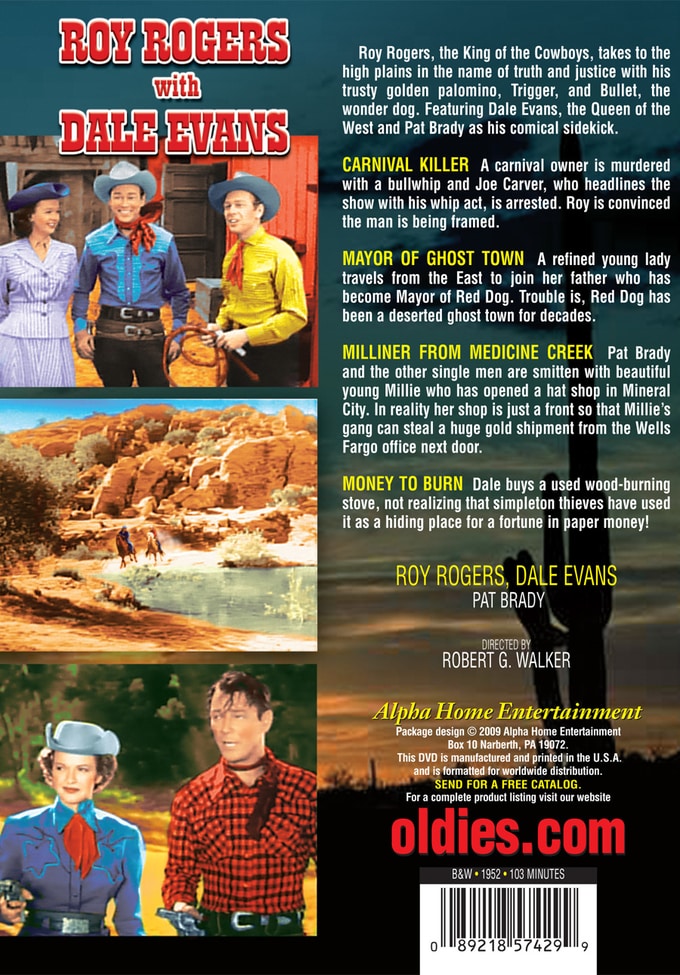 Carnival Killer: A carnival owner is murdered with a bullwhip and Joe Carver, who headlines the show with his whip act, is arrested. Roy is convinced the man is being framed.

Mayor Of Ghost Town: A refined young lady travels from the East to join her father who has become Mayor of Red Dog. Trouble is, Red Dog has been a deserted ghost town for decades.

Milliner From Medicine Creek: Pat Brady and the other single men are smitten with beautiful young Millie who has opened a hat shop in Mineral City. In reality her shop is just a front so that Millie's gang can steal a huge gold shipment from the Wells Fargo office next door.

Money To Burn: Dale buys a used wood-burning stove, not realizing that simpleton thieves have used it as a hiding place for a fortune in paper money!

Everybody's favorite cowboy Roy Rogers teams up with the lovely Dale Evans in this classic television show. Along with his trusted horse, Trigger, and loyal dog, Bullet, Roy fights for justice on the American frontier. This collection presents four episodes of the action-packed series: "Carnival Killer," "Mayor Of Ghost Town," "Milliner From Medicine Creek," and "Money To Burn."