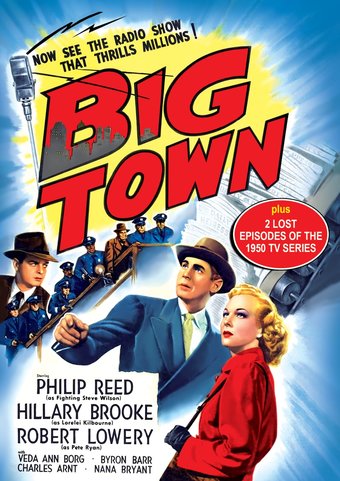 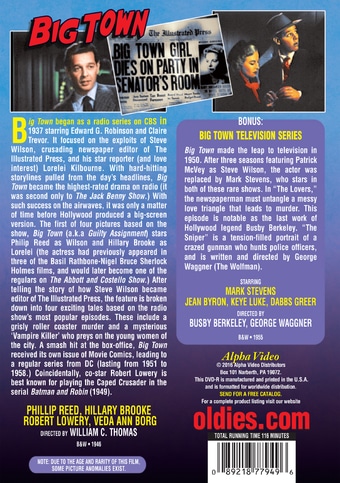 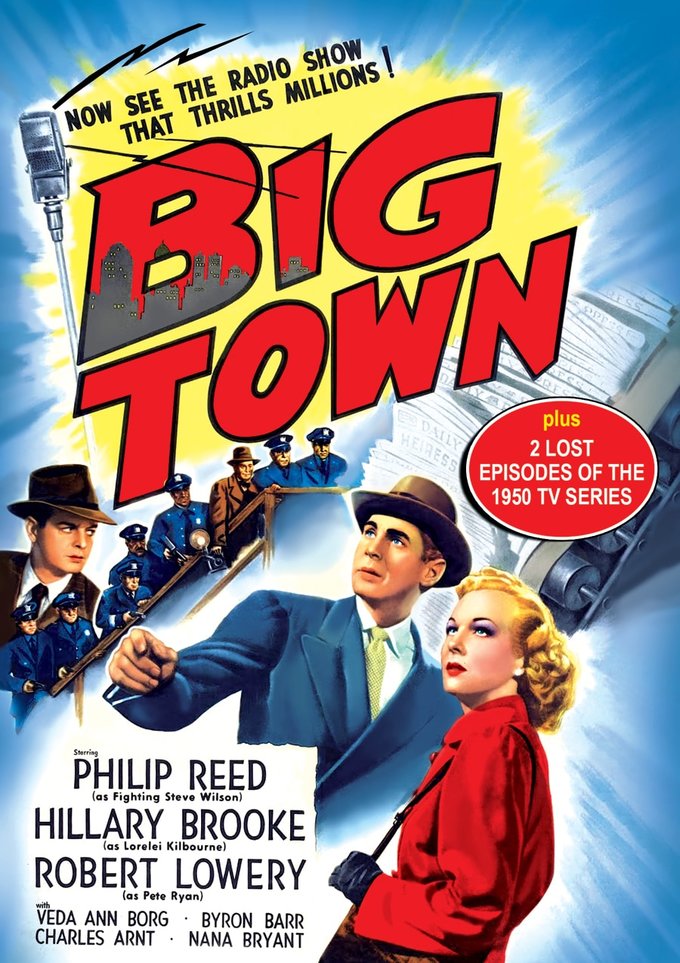 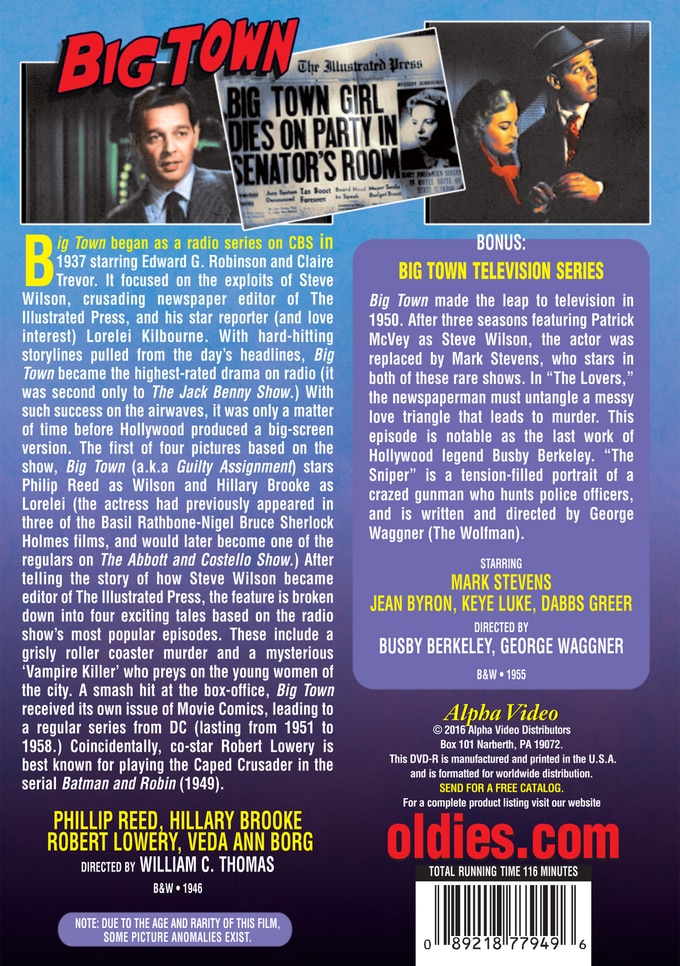 Big Town began as a radio series on CBS in 1937 starring Edward G. Robinson and Claire Trevor. It focused on the exploits of Steve Wilson, crusading newspaper editor of The Illustrated Press, and his star reporter (and love interest) Lorelei Kilbourne. With hard-hitting storylines pulled from the day's headlines, Big Town became the highest-rated drama on radio (it was second only to The Jack Benny Show.) With such success on the airwaves, it was only a matter of time before Hollywood produced a big-screen version. The first of four pictures based on the show, Big Town (a.k.a Guilty Assignment) stars Philip Reed as Wilson and Hillary Brooke as Lorelei (the actress had previously appeared in three of the Basil Rathbone-Nigel Bruce Sherlock Holmes films, and would later become one of the regulars on The Abbott and Costello Show.) After telling the story of how Steve Wilson became editor of The Illustrated Press, the feature is broken down into four exciting tales based on the radio show's most popular episodes. These include a grisly roller coaster murder and a mysterious 'Vampire Killer' who preys on the young women of the city. A smash hit at the box-office, Big Town received its own issue of Movie Comics, leading to a regular series from DC (lasting from 1951 to 1958.) Coincidentally, co-star Robert Lowery is best known for playing the Caped Crusader in the serial Batman and Robin (1949).

Note: Due to the age and rarity of this film, some picture anomalies exist.

PLUS: "THE LOVERS" and "THE SNIPER" (BW, 1955): With radio drama on its way out, Big Town made the leap to television in 1950. After three seasons featuring Patrick McVey as Steve Wilson, the actor was replaced by Mark Stevens, who stars in both of these rare shows. In "The Lovers", the newspaperman must untangle a messy love triangle that leads to murder. This episode is notable as the last work of Hollywood legend Busby Berkeley. "The Sniper" is a tension-filled portrait of a crazed gunman who hunts police officers, and is written and directed by George Waggner (The Wolfman).