Three episodes of this rare hour-long dramatic series, the first on television with continuing characters, about the exploits of crusading reporters working for an international wire service. 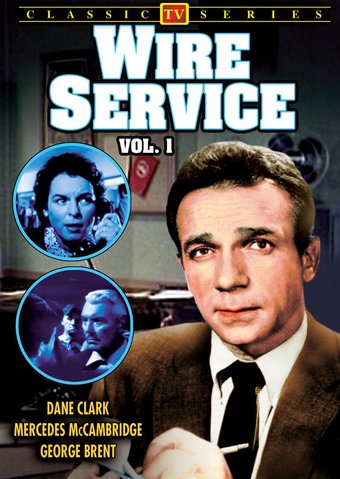 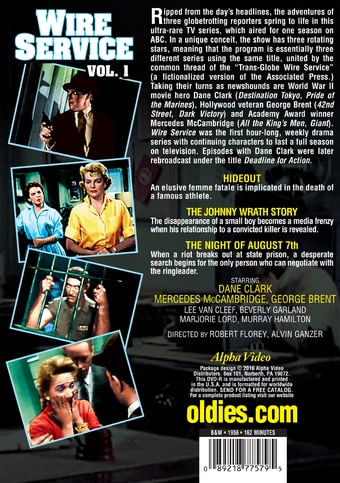 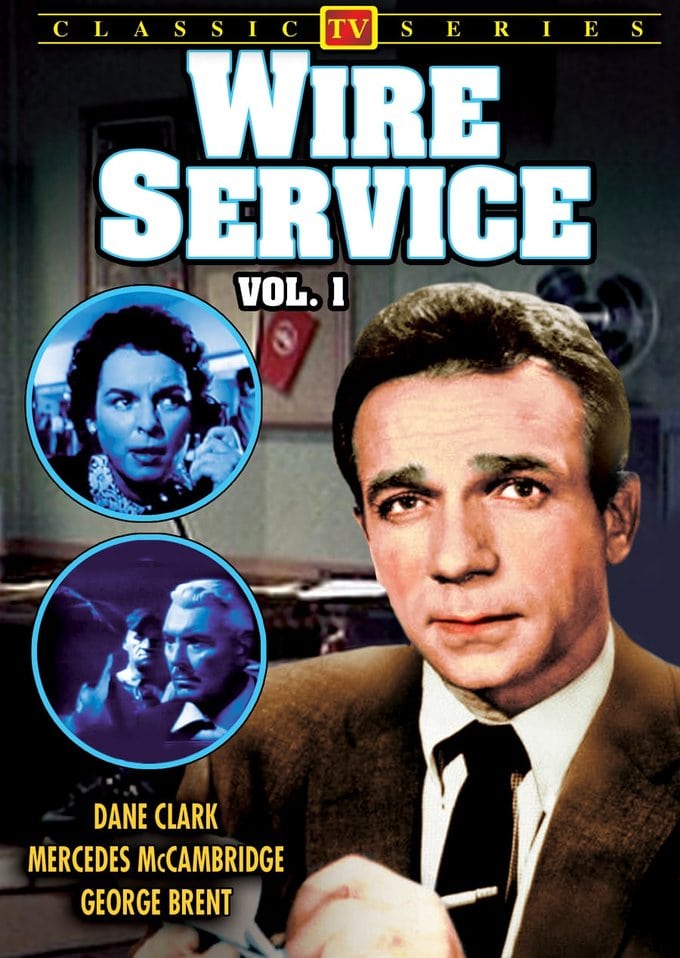 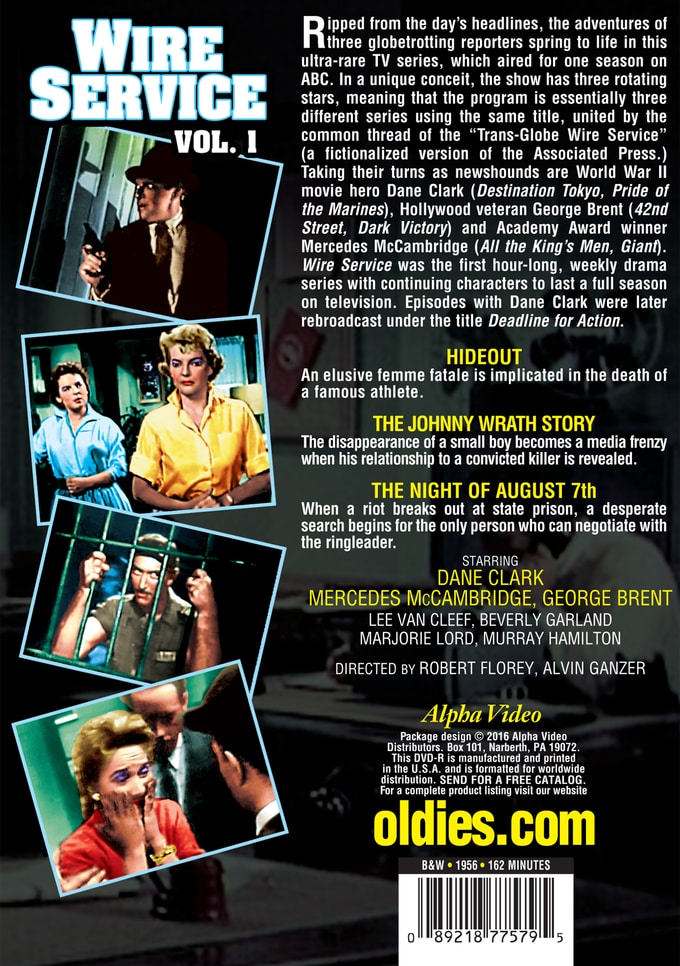 Ripped from the day's headlines, the adventures of three globetrotting reporters spring to life in this ultra-rare TV series, which aired for one season on ABC. In a unique conceit, the show has three rotating stars, meaning that the program is essentially three different series using the same title, united by the common thread of the "Trans-Globe Wire Service" (a fictionalized version of the Associated Press.) Taking their turns as newshounds are World War II movie hero Dane Clark (Destination Tokyo, Pride of the Marines), Hollywood veteran George Brent (42nd Street, Dark Victory) and Academy Award winner Mercedes McCambridge (All the King's Men, Giant). Wire Service was the first hour-long, weekly drama series with continuing characters to last a full season on television. Episodes with Dane Clark were later rebroadcast under the title Deadline for Action.

HIDEOUT: An elusive femme fatale is implicated in the death of a famous athlete.

THE JOHNNY WRATH STORY: The disappearance of a small boy becomes a media frenzy when his relationship to a convicted killer is revealed.

THE NIGHT OF AUGUST 7th: When a riot breaks out at state prison, a desperate search begins for the only person who can negotiate with the ringleader.