The long-running radio series about a crusading newspaper editor comes to life in 4 episodes of this lost TV classic. 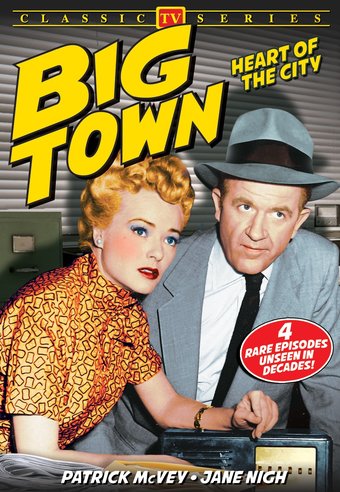 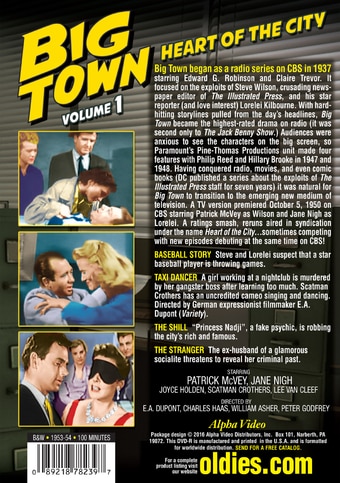 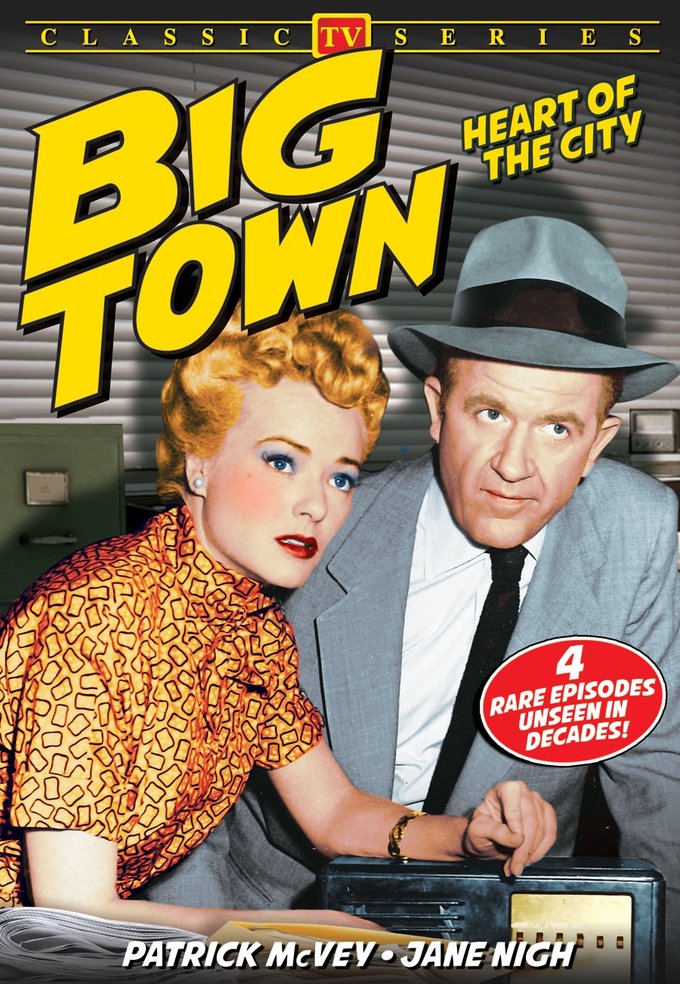 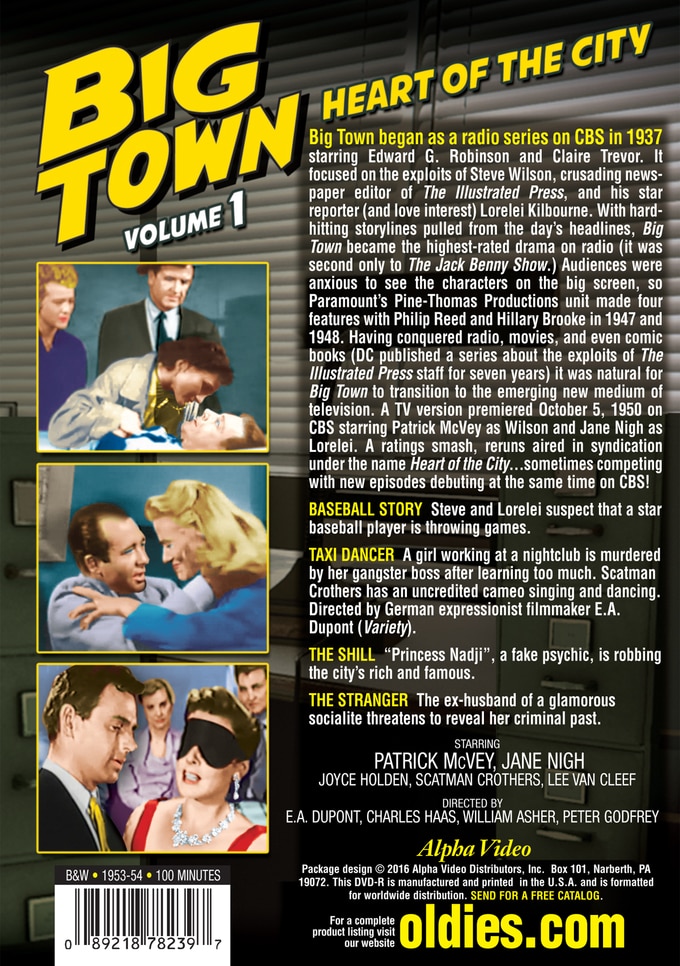 Big Town began as a radio series on CBS in 1937 starring Edward G. Robinson and Claire Trevor. It focused on the exploits of Steve Wilson, crusading newspaper editor of The Illustrated Press, and his star reporter (and love interest) Lorelei Kilbourne. With hard-hitting storylines pulled from the day's headlines, Big Town became the highest-rated drama on radio (it was second only to The Jack Benny Show.) Audiences were anxious to see the characters on the big screen, so Paramount's Pine-Thomas Productions unit made four features with Philip Reed and Hillary Brooke in 1947 and 1948. Having conquered radio, movies, and even comic books (DC published a series about the exploits of The Illustrated Press staff for seven years) it was natural for Big Town to transition to the emerging new medium of television. A TV version premiered October 5, 1950 on CBS starring Patrick McVey as Wilson and Jane Nigh as Lorelei. A ratings smash, reruns aired in syndication under the name Heart of the City...sometimes competing with new episodes debuting at the same time on CBS!

TAXI DANCER: A girl working at a nightclub is murdered by her gangster boss after learning too much. Scatman Crothers has an uncredited cameo singing and dancing. Directed by German expressionist filmmaker E.A. Dupont (Variety).

THE SHILL: "Princess Nadji", a fake psychic, is robbing the city's rich and famous.

THE STRANGER: The ex-husband of a glamorous socialite threatens to reveal her criminal past.