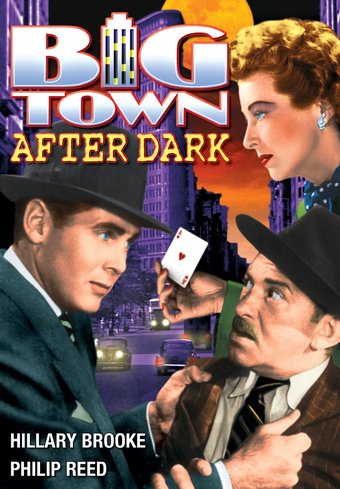 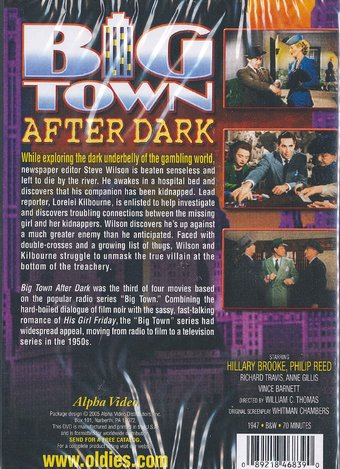 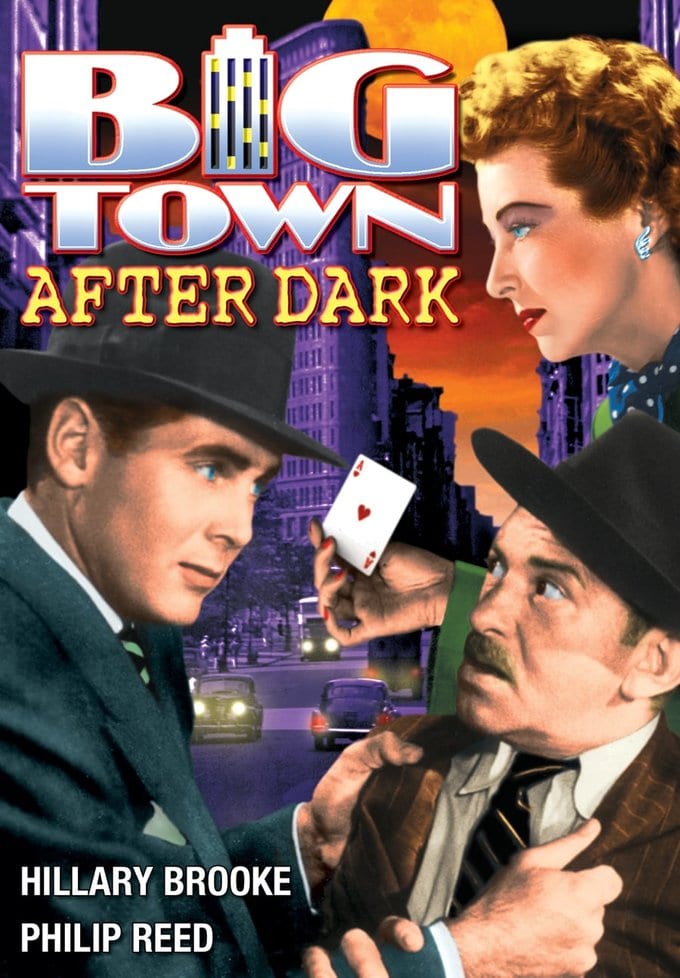 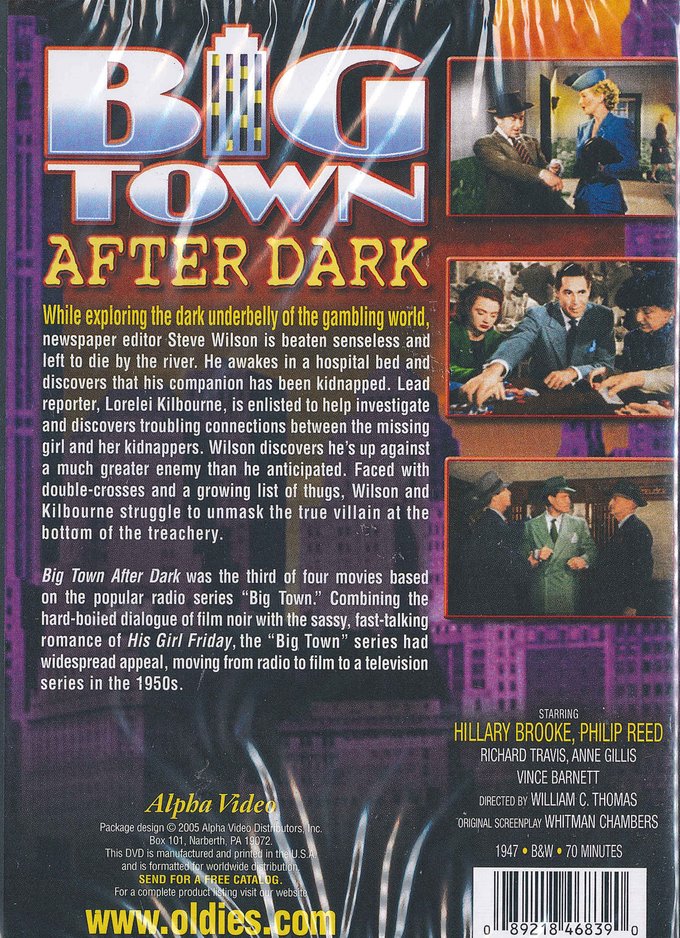 While exploring the dark underbelly of the gambling world, newspaper editor Steve Wilson is beaten senseless and left to die by the river. He awakes in a hospital bed and discovers that his companion has been kidnapped. Lead reporter, Lorelei Kilbourne, is enlisted to help investigate and discovers troubling connections between the missing girl and her kidnappers. Wilson discovers he's up against a much greater enemy than he anticipated. Faced with double-crosses and a growing list of thugs, Wilson and Kilbourne struggle to unmask the true villain at the bottom of the treachery.

Big Town After Dark was the third of four movies based on the popular radio series "Big Town." Combining the hard-boiled dialogue of film noir with the sassy, fast-talking romance of His Girl Friday, the "Big Town" series had widespread appeal, moving from radio to film to a television series in the 1950s.

Reporter get into trouble when they try to get the scoop on a gang of crooks. A.K.A "Underworld After Dark."

Mystery | Organized Crime | Thriller | Film Noir | Crime
This product is made-on-demand by the manufacturer using DVD-R recordable media. Almost all DVD players can play DVD-Rs (except for some older models made before 2000) - please consult your owner's manual for formats compatible with your player. These DVD-Rs may not play on all computers or DVD player/recorders. To address this, the manufacturer recommends viewing this product on a DVD player that does not have recording capability.

One Thrilling Night
$19
Add to Cart

Customer Rating:
Based on 235 ratings.


BIG TOWN began on the radio October 19, 1937 with Edward G. Robinson and Claire Trevor in the leads. Robinson, the first of many to play Steve Wilson, managing editor, in real life suffered from mike fright so it was surprising he played the role for so long. Under different sponsors and different networks, the series eventually made the transition to television (two years before it went off the air on radio) in 1950. Don't let the reference guides fool you, this movie series was based on the radio program, NOT the television series. The first movie in the series had a true flair for the radio program, but this entry, BIG TOWN AFTER DARK, comes a close second. John Holland plys the role of the District Attorney in this movie. For anyone who doesn't find him familair, Holland played the role of Professor Coleman in THEY SAVED HITLER'S BRAIN (1963) and MADMEN OF MANDORAS (1964).