A window dresser at a department store struggles to support his newly-adopted son in this hilarious pre-code comedy. 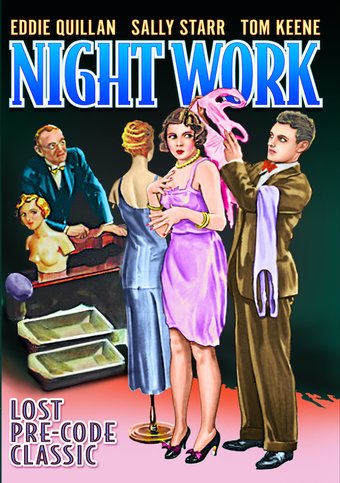 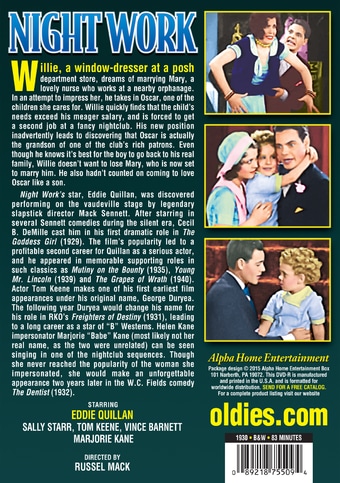 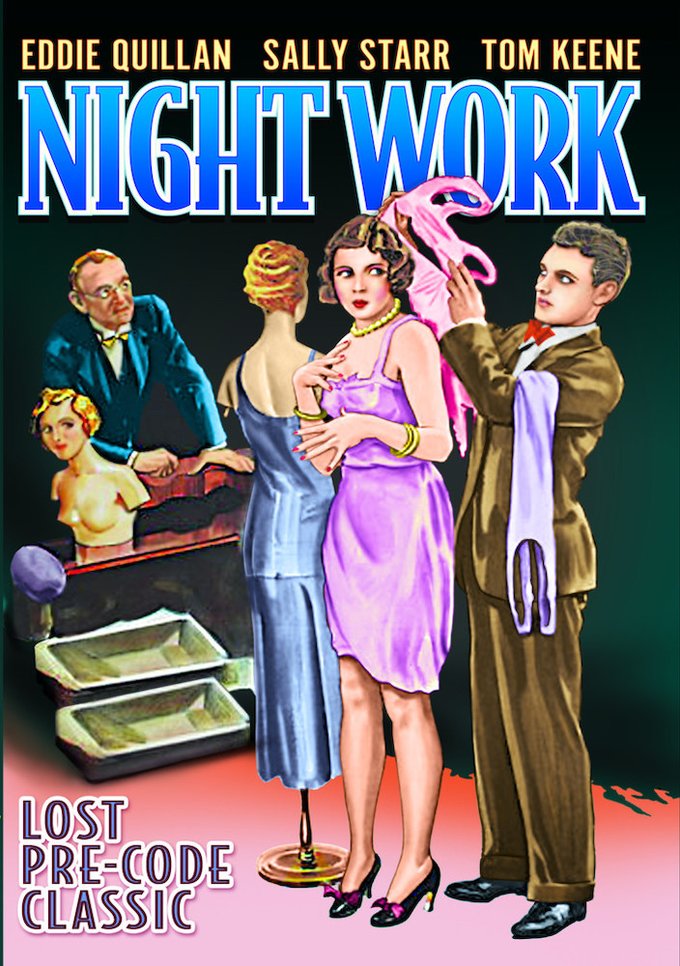 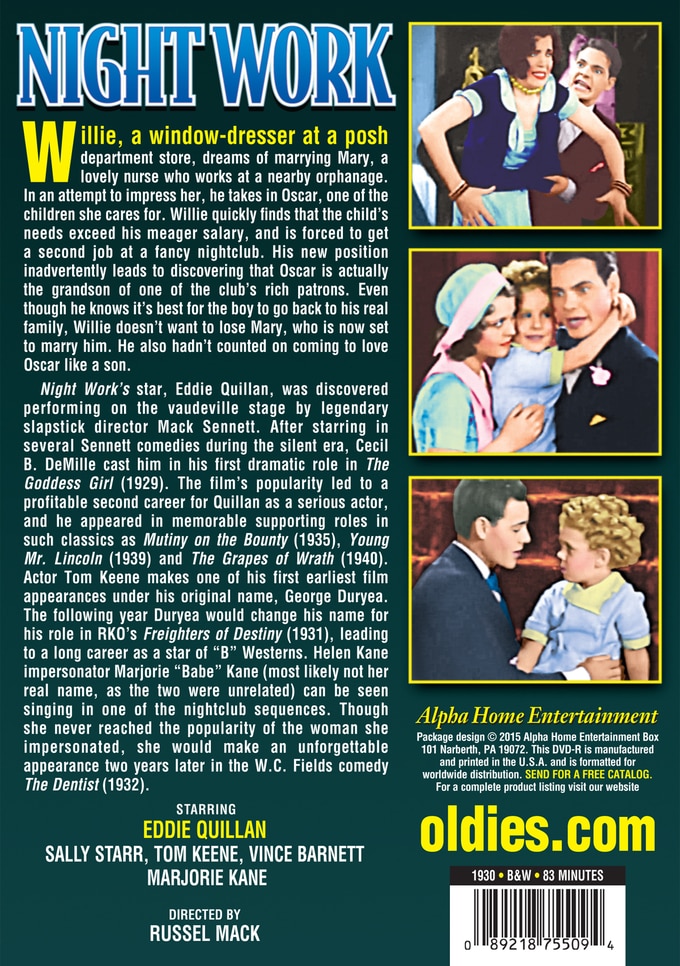 Willie, a window-dresser at a posh department store, dreams of marrying Mary, a lovely nurse who works at a nearby orphanage. In an attempt to impress her, he takes in Oscar, one of the children she cares for. Willie quickly finds that the child's needs exceed his meager salary, and is forced to get a second job at a fancy nightclub. His new position inadvertently leads to discovering that Oscar is actually the grandson of one of the club's rich patrons. Even though he knows it's best for the boy to go back to his real family, Willie doesn't want to lose Mary, who is now set to marry him. He also hadn't counted on coming to love Oscar like a son.

Night Work's star, Eddie Quillan, was discovered performing on the vaudeville stage by legendary slapstick director Mack Sennett. After starring in several Sennett comedies during the silent era, Cecil B. DeMille cast him in his first dramatic role in The Goddess Girl (1929). The film's popularity led to a profitable second career for Quillan as a serious actor, and he appeared in memorable supporting roles in such classics as Mutiny on the Bounty (1935), Young Mr. Lincoln (1939) and The Grapes of Wrath (1940). Actor Tom Keene makes one of his first earliest film appearances under his original name, George Duryea. The following year Duryea would change his name for his role in RKO's Freighters of Destiny (1931), leading to a long career as a star of "B" Westerns. Helen Kane impersonator Marjorie "Babe" Kane (most likely not her real name, as the two were unrelated) can be seen singing in one of the nightclub sequences. Though she never reached the popularity of the woman she impersonated, she would make an unforgettable appearance two years later in the W.C. Fields comedy The Dentist (1932).

Romance | Family Life | Kidnapping | Families | Hostages | Romances | Love
This product is made-on-demand by the manufacturer using DVD-R recordable media. Almost all DVD players can play DVD-Rs (except for some older models made before 2000) - please consult your owner's manual for formats compatible with your player. These DVD-Rs may not play on all computers or DVD player/recorders. To address this, the manufacturer recommends viewing this product on a DVD player that does not have recording capability.