The baby-faced clown of comedy is spotlighted in this collection of short subjects spanning both the silent and talkie era. 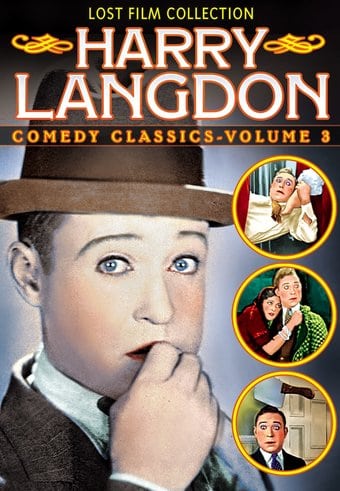 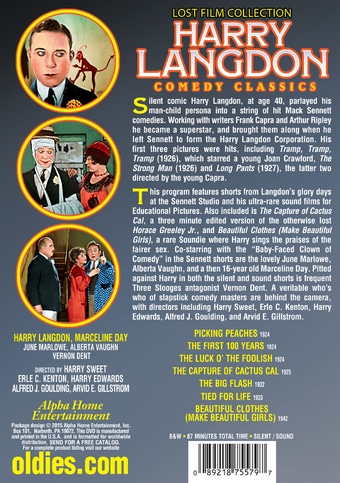 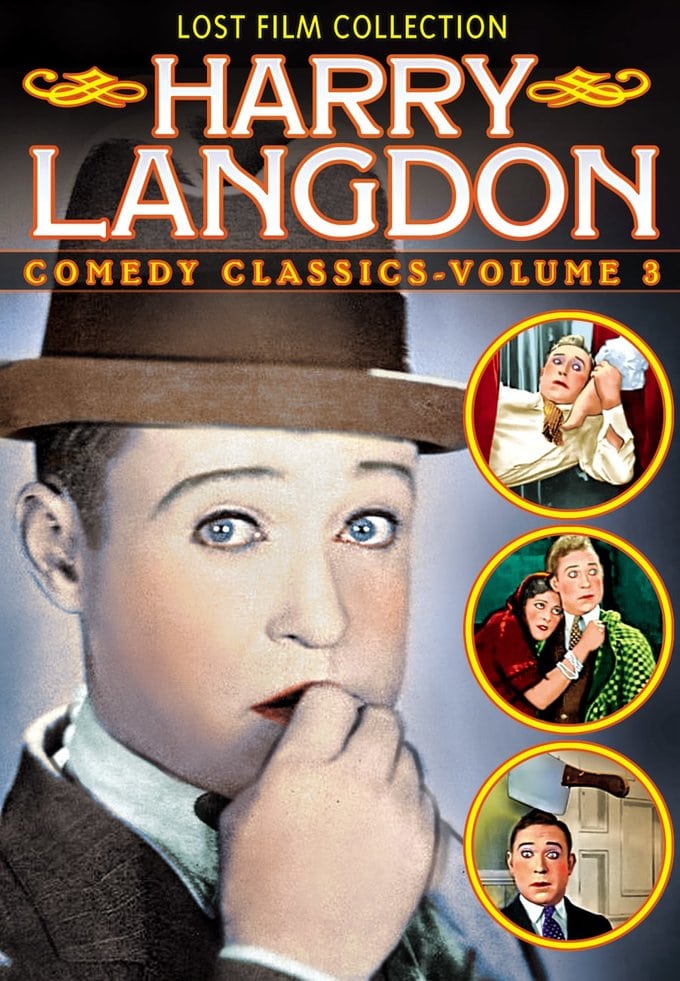 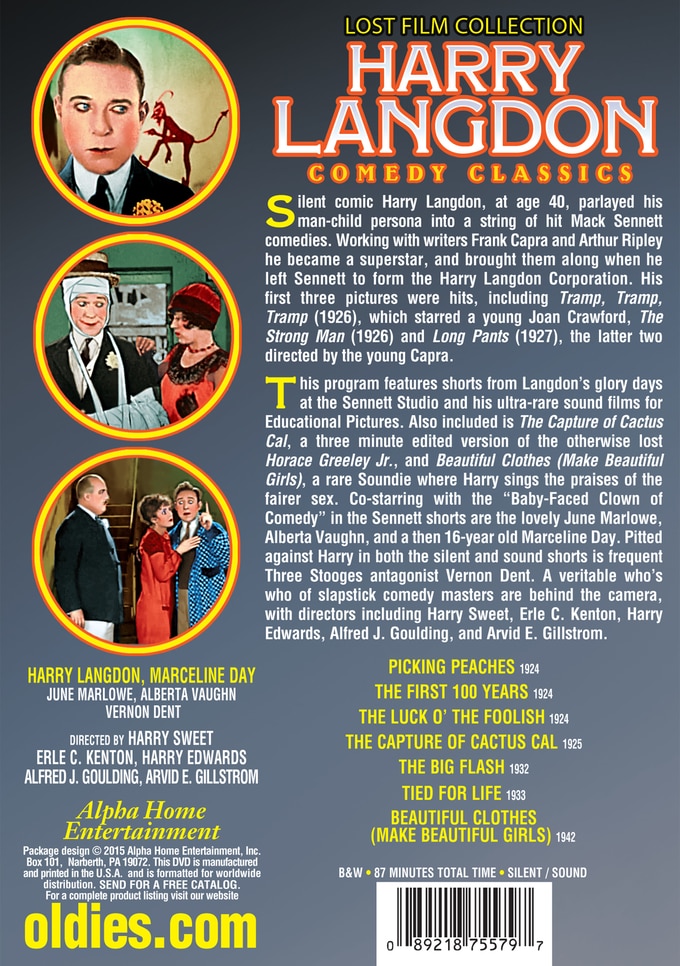 At age 40, silent comic Harry Langdon parlayed his man-child persona into a string of hit Mack Sennett comedies. Working with writers Frank Capra and Arthur Ripley he became a superstar, and brought them along when he left Sennett to form the Harry Langdon Corporation. His first three pictures were hits, including Tramp, Tramp, Tramp (1926), which starred a young Joan Crawford, The Strong Man (1926) and Long Pants (1927), the latter two directed by the young Capra.

This program features shorts from Langdon's glory days at the Sennett Studio and his ultra-rare sound films for Educational Pictures. Also included is The Capture of Cactus Cal, a three minute edited version of the otherwise lost Horace Greeley Jr., and Beautiful Clothes (Make Beautiful Girls), a rare Soundie where Harry sings the praises of the fairer sex. Co-starring with the "Baby-Faced Clown of Comedy" in the Sennett shorts are the lovely June Marlowe, Alberta Vaughn, and a then 16-year old Marceline Day. Pitted against Harry in both the silent and sound shorts is frequent Three Stooges antagonist Vernon Dent. A veritable who's who of slapstick comedy masters are behind the camera, with directors including Harry Sweet, Erle C. Kenton, Harry Edwards, Alfred J. Goulding, and Arvid E. Gillstrom.