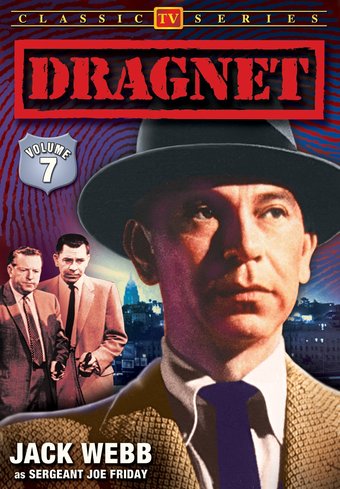 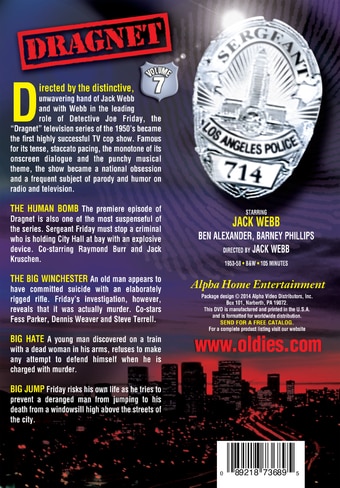 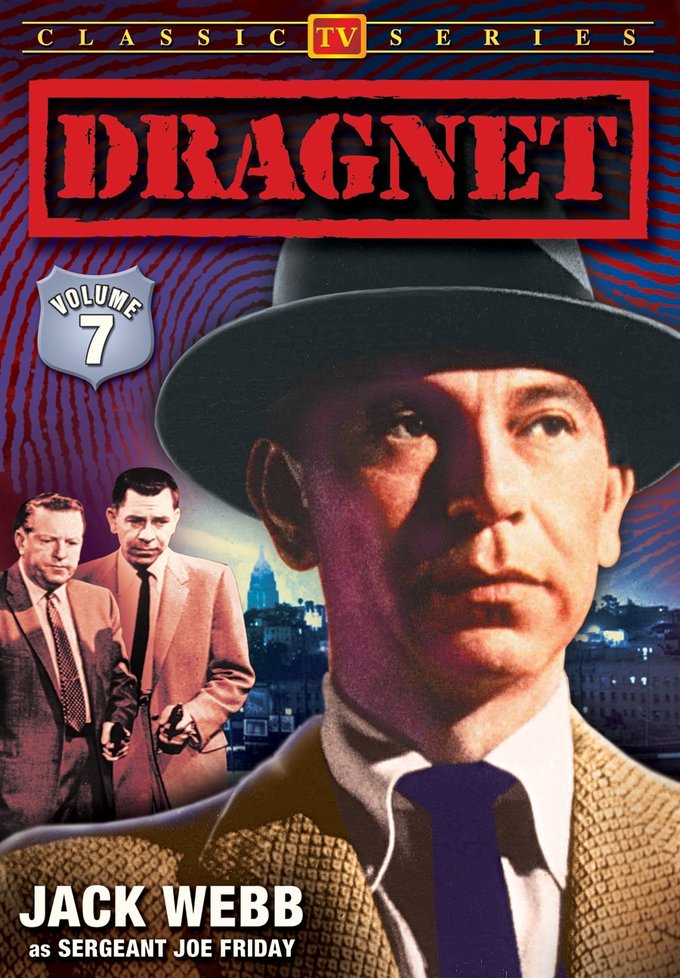 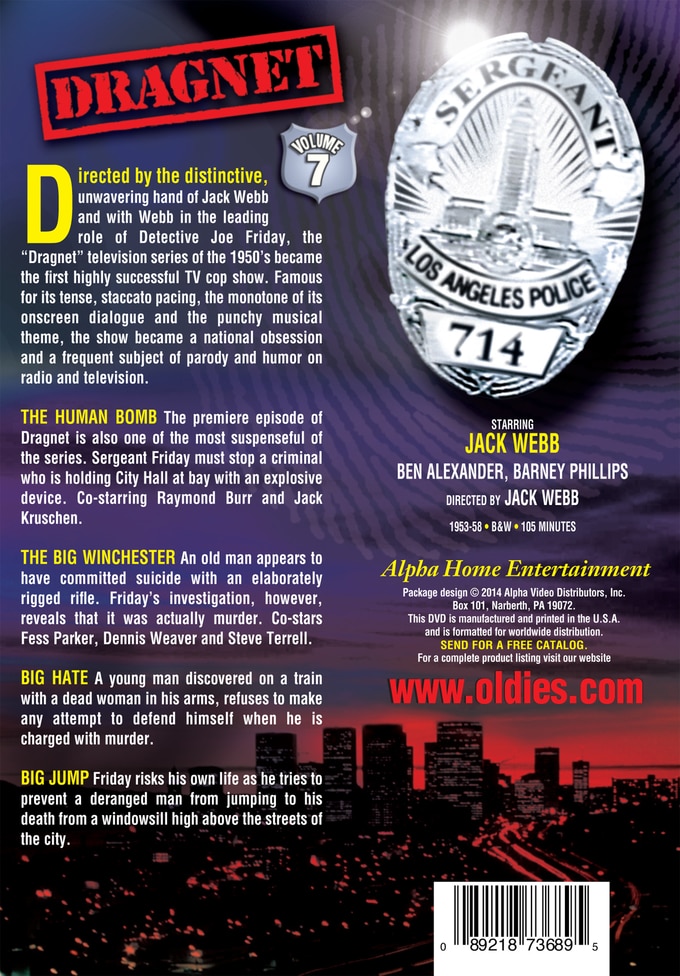 Directed by the distinctive, unwavering hand of Jack Webb and with Webb in the leading role of Detective Joe Friday, the "Dragnet" television series of the 1950's became the first highly successful TV cop show. Famous for its tense, staccato pacing, the monotone of its onscreen dialogue and the punchy musical theme, the show became a national obsession and a frequent subject of parody and humor on radio and television.

THE HUMAN BOMB: The premiere episode of Dragnet is also one of the most suspenseful of the series. Sergeant Friday must stop a criminal who is holding City Hall at bay with an explosive device. Co-starring Raymond Burr and Jack Kruschen.

THE BIG WINCHESTER: An old man appears to have committed suicide with an elaborately rigged rifle. Friday's investigation, however, reveals that it was actually murder. Co-stars Fess Parker, Dennis Weaver and Steve Terrell.

BIG HATE: A young man discovered on a train with a dead woman in his arms, refuses to make any attempt to defend himself when he is charged with murder.

BIG JUMP: Friday risks his own life as he tries to prevent a deranged man from jumping to his death from a windowsill high above the streets of the city.

Detectives | Police | Detective | Crime | Classic Television | Television / TV Series
This product is made-on-demand by the manufacturer using DVD-R recordable media. Almost all DVD players can play DVD-Rs (except for some older models made before 2000) - please consult your owner's manual for formats compatible with your player. These DVD-Rs may not play on all computers or DVD player/recorders. To address this, the manufacturer recommends viewing this product on a DVD player that does not have recording capability.