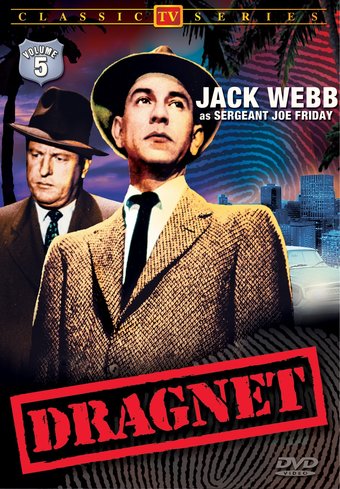 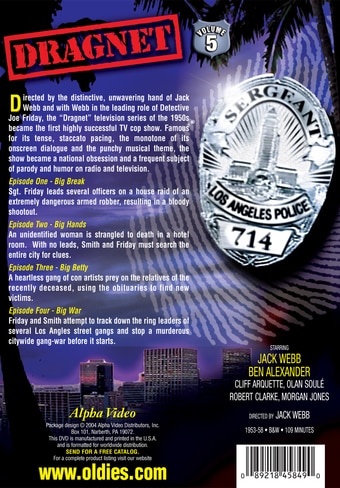 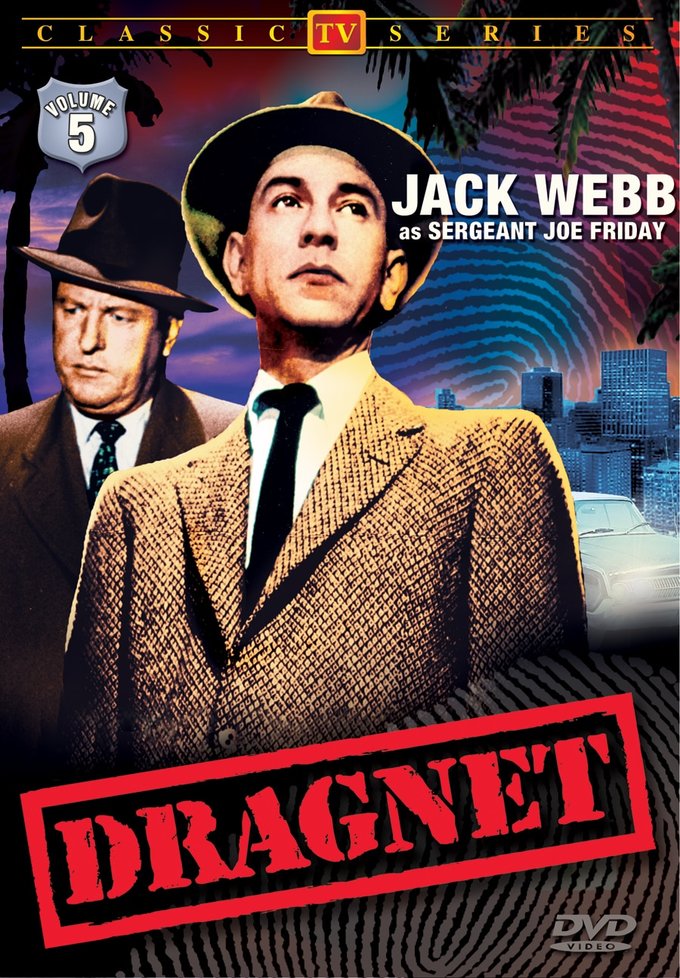 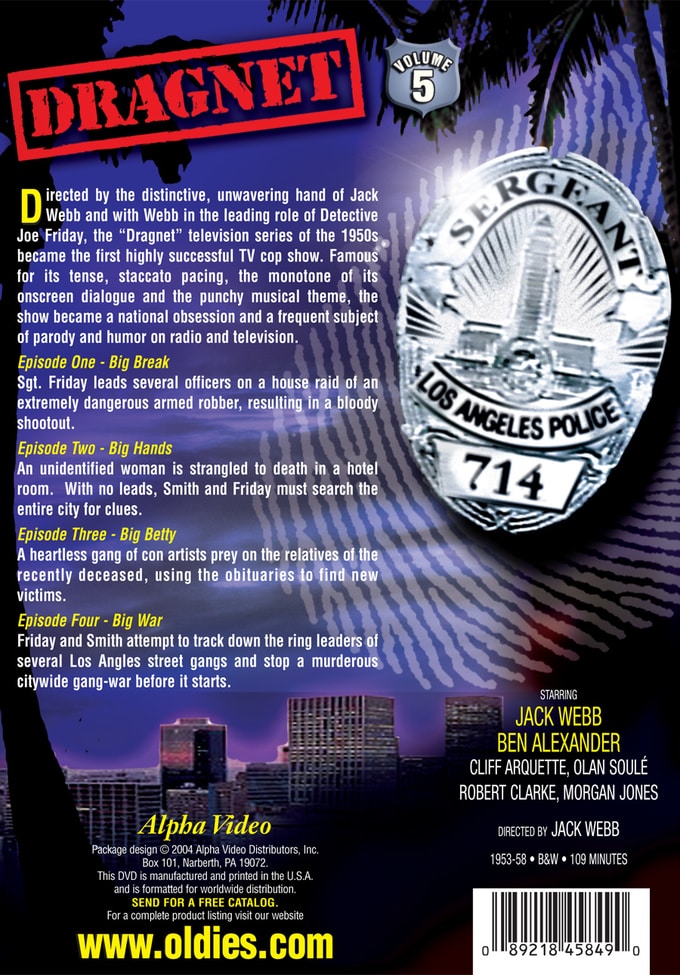 Directed by the distinctive, unwavering hand of Jack Webb and with Webb in the leading role of Detective Joe Friday, the "Dragnet" television series of the 1950s became the first highly successful TV cop show. Famous for its tense, staccato pacing, the monotone of its onscreen dialogue and its punchy musical theme, the show became a national obsession and a frequent subject of parody and humor on radio and television.

Episode 2 - Big Hands: An unidentified woman is strangled to death in a hotel room. With no leads, Smith and Friday must search the entire city for clues.

Episode 3 - Big Betty: A heartless gang of con artists prey on the relatives of the recently deceased, using the obituaries to find new victims.

Episode 4 - Big War: Friday and Smith attempt to track down the ring leaders of several Los Angles street gangs and stop a murderous citywide gang-war before it starts.

Considered by many to be the best police drama in television history, DRAGNET originally aired throughout the 1950's. Following the adventures of Sgt. Joe Friday, the show starred Jack Webb, who also worked as the show's creator and director. Heavy attention to detail, documentary style narration, and story lines inspired by actual L.A.P.D. criminal files all gave this show an air of realism. This is a style that would be copied in the years to follow, with DRAGNET inspiring several spin-offs and one film adaptation. Rather than glamorizing the police profession, the show explored the nitty-gritty routine of police work, examining how the demands of the job affect one's personal life. Setting a precedent for all later cop shows, DRAGNET'S dry style and rigid dialogue became the subject of parody for comedians everywhere, who found humor in reciting lines like "My name is Friday-I'm a cop," and "Just the facts, ma'am." This Volume contains the episodes "Big Break," "Big Hands," "Big Betty," and "Big War."

Detectives | Cops | Police | Detective | Crime | 1950s | Television Shows | Television / TV Series
This product is made-on-demand by the manufacturer using DVD-R recordable media. Almost all DVD players can play DVD-Rs (except for some older models made before 2000) - please consult your owner's manual for formats compatible with your player. These DVD-Rs may not play on all computers or DVD player/recorders. To address this, the manufacturer recommends viewing this product on a DVD player that does not have recording capability.

Customer Rating:
Based on 2095 ratings.

The Big Betty is an all-time Dragnet fan favorite and worth the price of this excellent DVD.