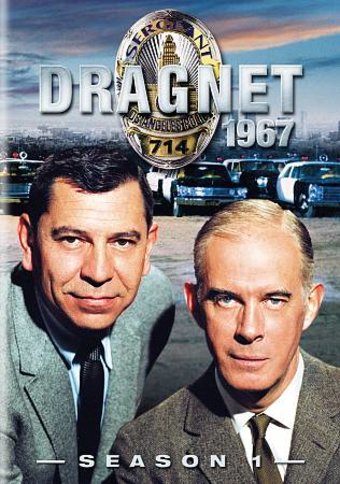 An updating of the classic police show of the 1950s, DRAGNET '67 featured color photography and grappled with the many issues facing the nation during the period. Creator and main star Jack Webb returned as Sgt. Joe Friday, the hard-nosed, no-nonsense cop who only wanted the facts. Like the earlier program, DRAGNET '67 dramatized cases taken directly from the files of the LAPD, presented in a hard-boiled, realistic fashion--rumor has it that the department used episodes of the show for training purposes. In the 17 episodes of SEASON ONE, Friday and his partner Bill Gannon (Harry Morgan) have to deal with a bomb plot, kidnappings, robberies, corrupt cops, murders, and an LSD-addicted teen in a particularly famous episode. DRAGNET '67 was a worthy follow-up to the original, which had set the pattern for every cop show to follow.