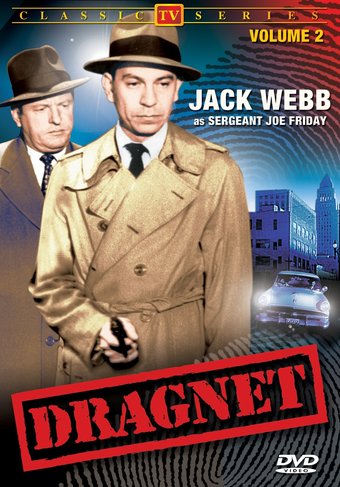 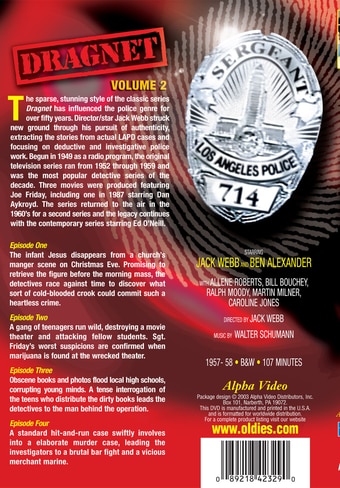 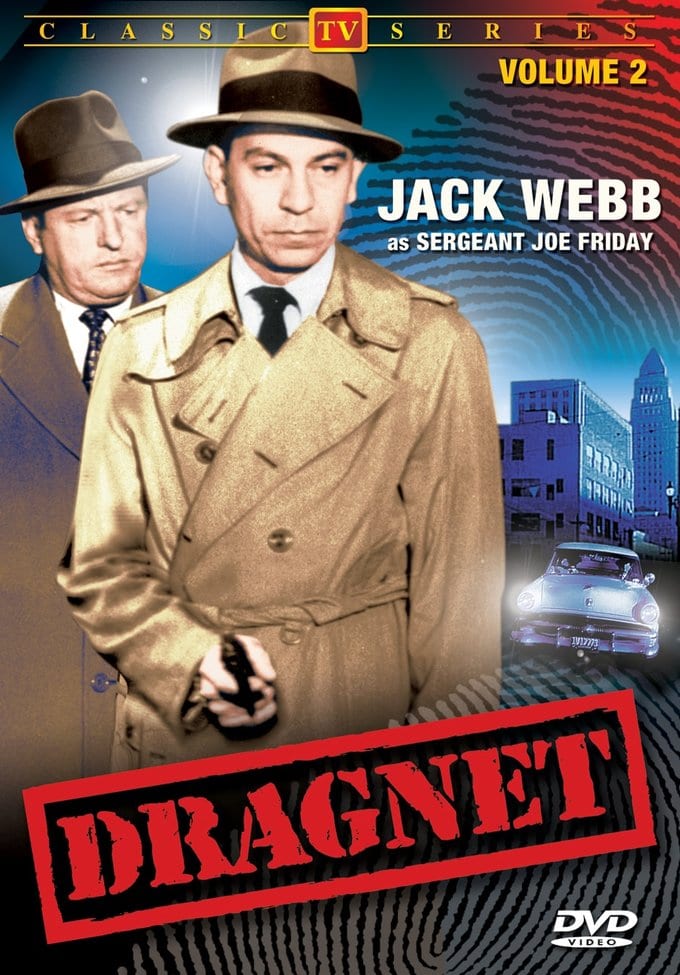 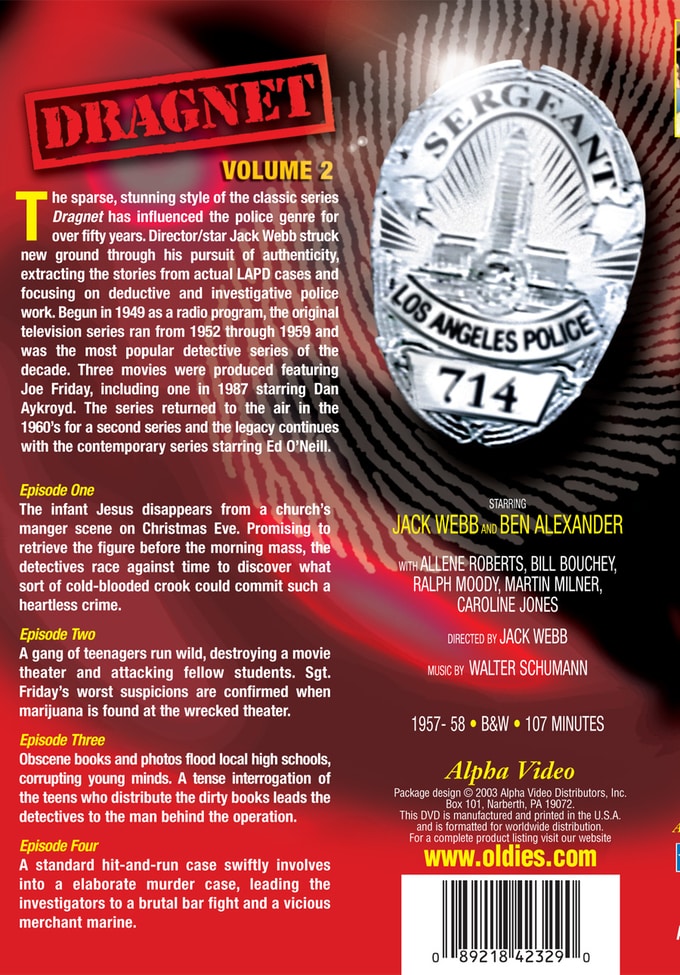 The sparse, stunning style of the classic series "Dragnet" has influenced the police genre for over fifty years. Director/star Jack Webb struck new ground through his pursuit of authenticity, extracting the stories from actual LAPD cases and focusing on deductive and investigative police work. Begun in 1949 as a radio program, the original television series ran from 1952 through 1959 and was the most popular detective series of the decade. Three movies were produced featuring Joe Friday, including one in 1987 starring Dan Aykroyd. The series returned to the air in the 1960's for a second series and the legacy continues with the contemporary series starring Ed O'Neill.

Episode 1: The infant Jesus disappears from a church's manger scene on Christmas Eve. Promising to retrieve the figure before the morning mass, the detectives race against time to discover what sort of cold-blooded crook could commit such a heartless crime.

Episode 2 A gang of teenagers run wild, destroying a movie theater and attacking fellow students. Sgt. Friday's worst suspicions are confirmed when marijuana is found at the wrecked theater.

Episode 3 Obscene books and photos flood local high schools, corrupting young minds. A tense interrogation of the teens who distribute the dirty books leads the detectives to the man behind the operation.

Episode 4 A standard hit-and-run case swiftly involves into a elaborate murder case, leading the investigators to a brutal bar fight and a vicious merchant marine.

Vintage TV | Police | Crime
This product is made-on-demand by the manufacturer using DVD-R recordable media. Almost all DVD players can play DVD-Rs (except for some older models made before 2000) - please consult your owner's manual for formats compatible with your player. These DVD-Rs may not play on all computers or DVD player/recorders. To address this, the manufacturer recommends viewing this product on a DVD player that does not have recording capability.

Customer Rating:
Based on 2102 ratings.


4 Dragnet episodes, as described above. The original titles and airdates for Dragnet Volume Two:

There are moments when the transfer is rough, but overall an excellent collection worth having.