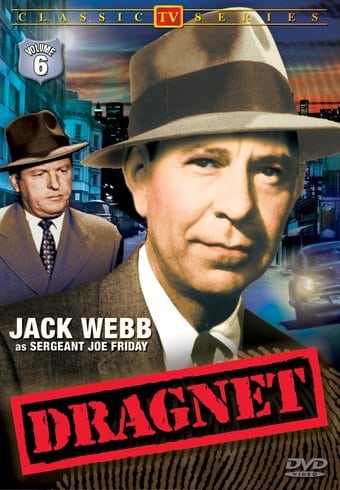 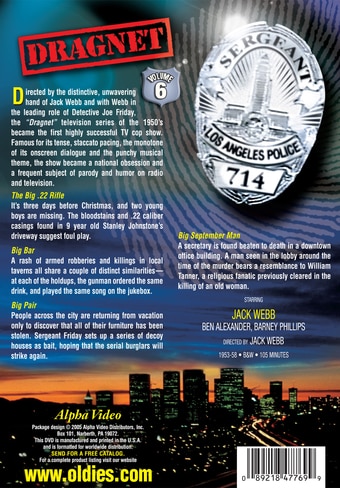 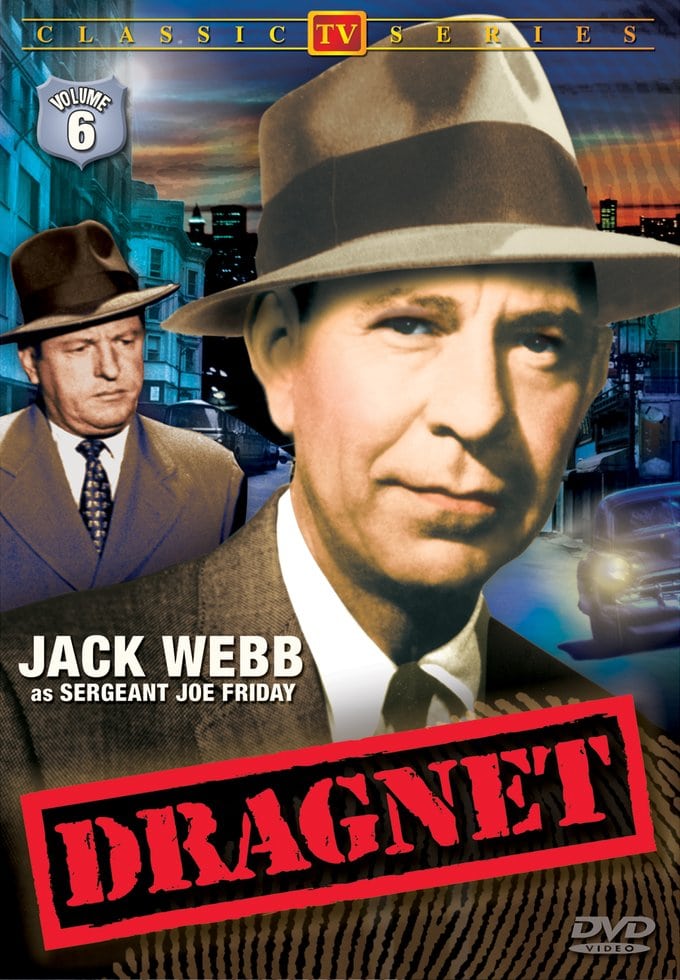 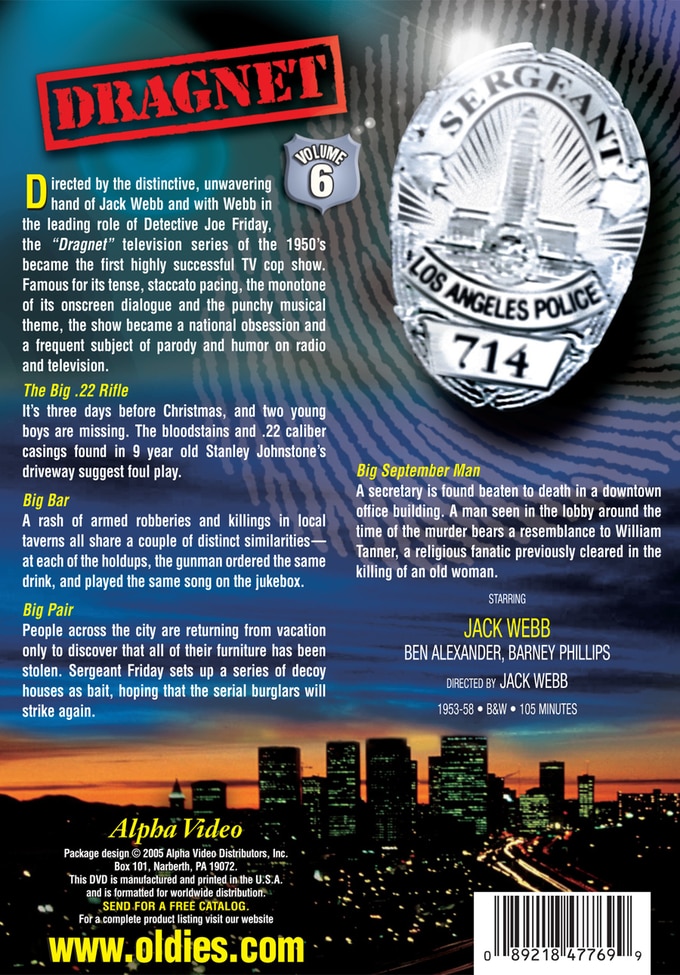 Directed by the distinctive, unwavering hand of Jack Webb and with Webb in the leading role of Detective Joe Friday, the "Dragnet" television series of the 1950's became the first highly successful TV cop show. Famous for its tense, staccato pacing, the monotone of its onscreen dialogue and the punchy musical theme, the show became a national obsession and a frequent subject of parody and humor on radio and television.

Big Bar: A rash of armed robberies and killings in local taverns all share a couple of distinct similarities - at each of the holdups, the gunman ordered the same drink, and played the same song on the jukebox.

Big Pair: People across the city are returning from vacation only to discover that all of their furniture has been stolen. Sergeant Friday sets up a series of decoy houses as bait, hoping that the serial burglars will strike again.

Big September Man: A secretary is found beaten to death in a downtown office building. A man seen in the lobby around the time of the murder bears a resemblance to William Tanner, a religious fanatic previously cleared in the killing of an old woman.

One of the first TV cop shows, DRAGNET rose to popularity in the 1950s, then managed to cast its spell over many subsequent generations of viewers. The familiar theme tune opens the four episodes included here, and is followed by some tough crimes to solve for Detective Joe Friday (Jack Webb). In these installments in the series, the stiff, stoic Friday has to deal with furniture thieves, a gruesome murder, local bars besieged by armed robbers, and a dead secretary, while always relying on his oft-repeated mantra for getting to the bottom of each case: "Just the facts, ma'am."

Mystery | Suspense | Thriller | Detective
This product is made-on-demand by the manufacturer using DVD-R recordable media. Almost all DVD players can play DVD-Rs (except for some older models made before 2000) - please consult your owner's manual for formats compatible with your player. These DVD-Rs may not play on all computers or DVD player/recorders. To address this, the manufacturer recommends viewing this product on a DVD player that does not have recording capability.


Four great episodes of Dragnet. .22 RIFLE is tough to find anywhere else. THE BIG PAIR is a fan favorite.