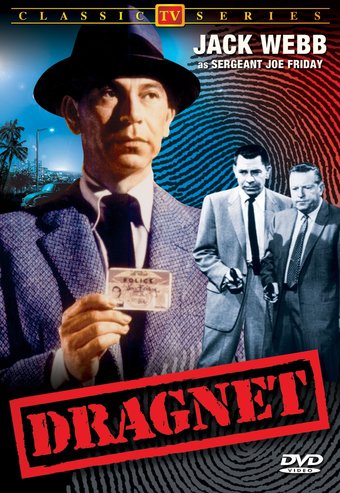 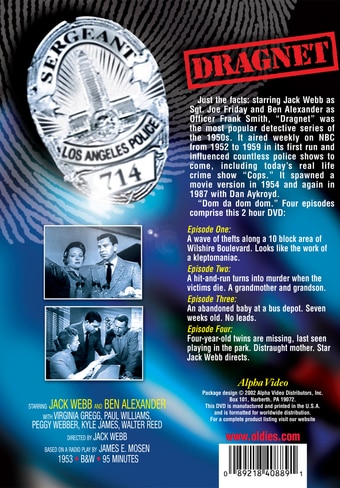 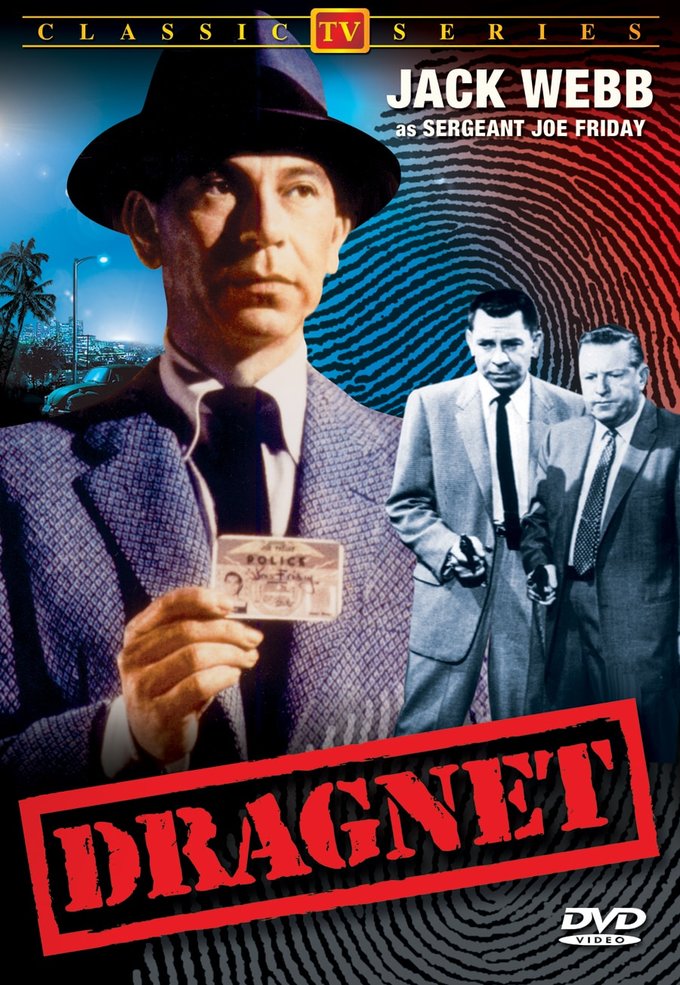 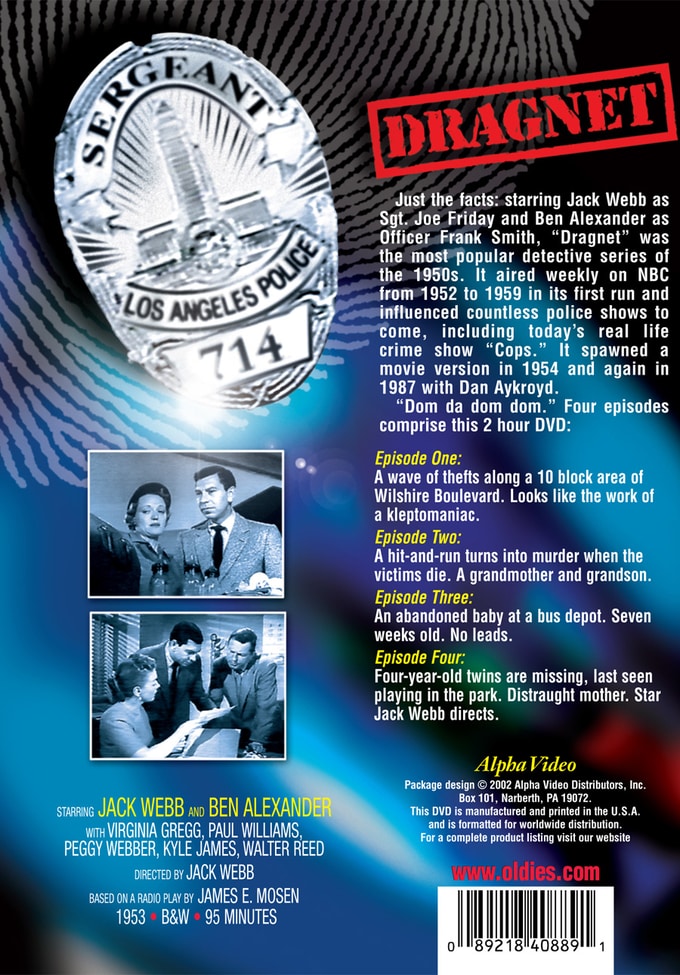 Just the facts. Starring Jack Webb as Sgt. Joe Friday and Ben Alexander as Officer Frank Smith, "Dragnet" was the most popular detective series of the 1950s. It aired weekly on NBC from 1952 to 1959 in its first run and influenced countless police shows to come, including today's real life crime show "Cops." It spawned a movie version in 1954 and again in 1987 with Dan Aykroyd.

Episode 1: A wave of thefts along a 10 block area of Wilshire Boulevard. Looks like the work of a kleptomaniac.

Episode 2: A hit-and-run turns into murder when the victims die. A grandmother and grandson.

Episode 3: An abandoned baby at a bus depot. Seven weeks old. No leads.

Customer Rating:
Based on 2105 ratings.

Transfer quality is good on this DVD. Worth every penny.


Anyone who grew up in the 50's and lived in Los Angeles remembers Jack Webb and Dragnet. These DVD's are the best prints I have ever seen and the commercials are even more entertaining. I highly recommend these to any Jack Webb fan and/or "baby boomer." The old shots of a 50's Los Angeles are great.


I originally had these same episodes on a different tape. The quality and sound were poor. The DVD quality is very, very good. Highly recomend buying the DVD. Waiting for the 2nd DVD to be delivered. I hope "oldies" will come out with a third volume.