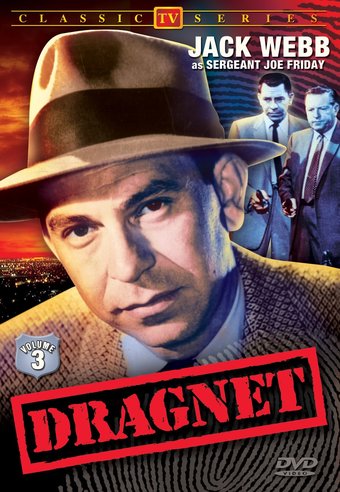 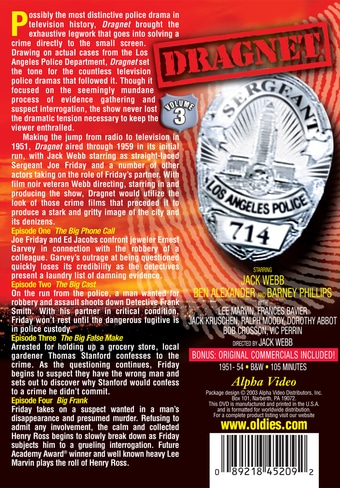 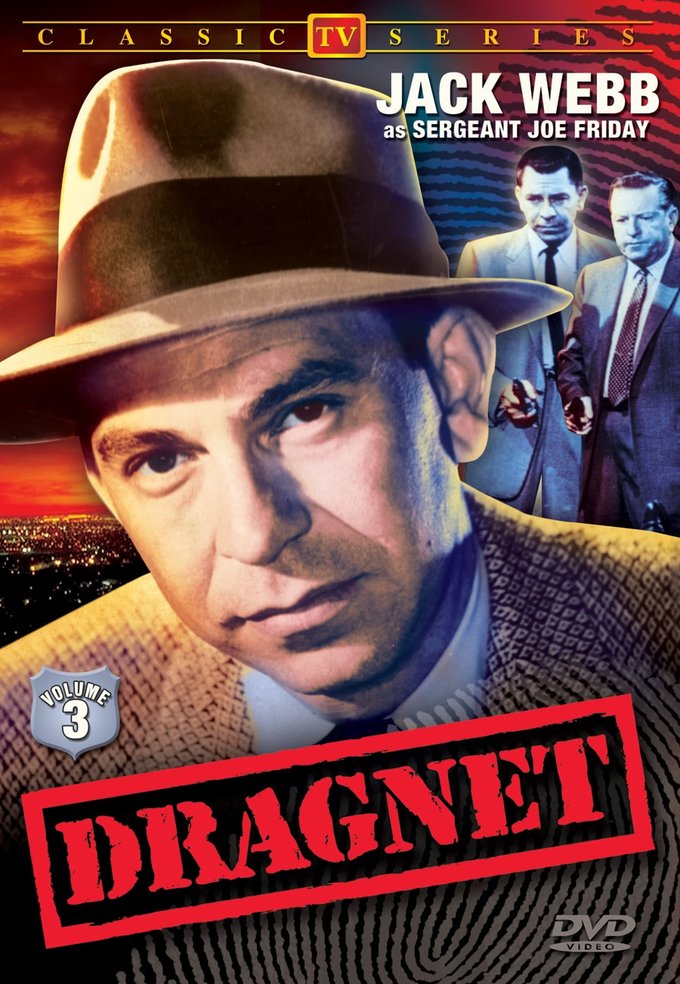 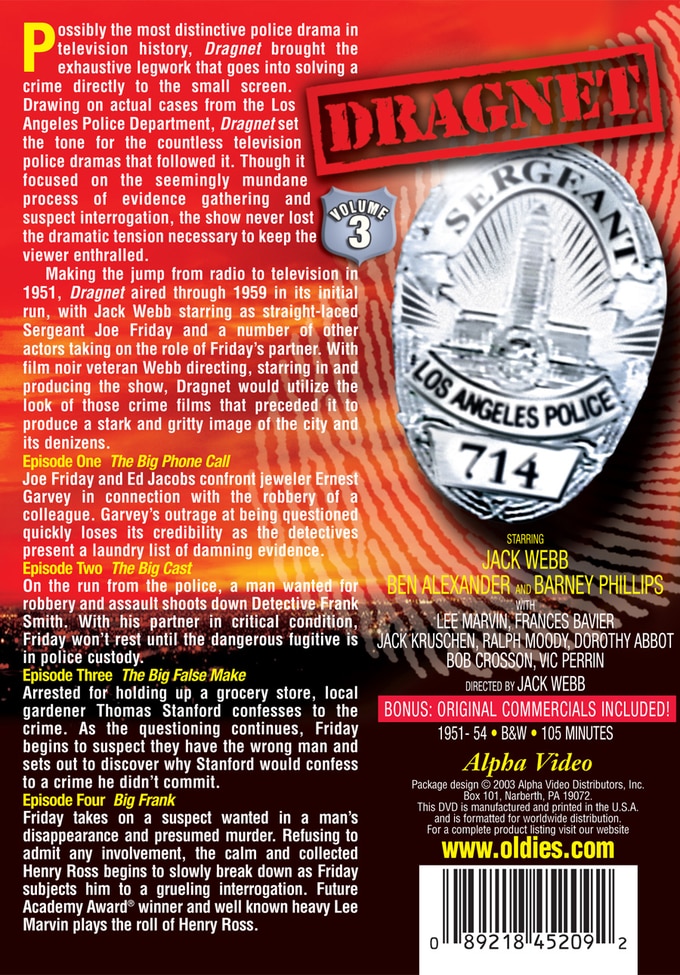 Possibly the most distinctive police drama in television history, "Dragnet" brought the exhaustive legwork that goes into solving a crime directly to the small screen. Drawing on actual cases from the Los Angeles Police Department, "Dragnet" set the tone for the countless television police dramas that followed it. Though it focused on the seemingly mundane process of evidence gathering and suspect interrogation, the show never lost the dramatic tension necessary to keep the viewer enthralled. Making the jump from radio to television in 1951, "Dragnet" aired through 1959 in its initial run, with Jack Webb starring as straight-laced Sergeant Joe Friday and a number of other actors taking on the role of Friday's partner. With film noir veteran Webb directing, starring in and producing the show, "Dragnet" would utilize the look of those crime films that preceded it to produce a stark and gritty image of the city and its denizens.

Episode 1 - The Big Phone Call: Joe Friday and Ed Jacobs confront jeweler Ernest Garvey in connection with the robbery of a colleague. Garvey's outrage at being questioned quickly loses its credibility as the detectives present a laundry list of damning evidence.

Episode 2 - The Big Cast: On the run from the police, a man wanted for robbery and assault shoots down Detective Frank Smith. With his partner in critical condition, Friday won't rest until the dangerous fugitive is in police custody.

Episode 3 - The Big False Make: Arrested for holding up a grocery store, local gardener Thomas Stanford confesses to the crime. As the questioning continues, Friday begins to suspect they have the wrong man and sets out to discover why Stanford would confess to a crime he didn't commit.

Episode 4 - Big Frank: Friday takes on a suspect wanted in a man's disappearance and presumed murder. Refusing to admit any involvement, the calm and collected Henry Ross begins to slowly break down as Friday subjects him to a grueling interrogation. Future Academy Award winner and well known heavy Lee Marvin plays the roll of Henry Ross.

Detectives | Mystery | Suspense | Thriller | Vintage TV | Detective | Sitcoms | Television / TV Series | Mysteries
This product is made-on-demand by the manufacturer using DVD-R recordable media. Almost all DVD players can play DVD-Rs (except for some older models made before 2000) - please consult your owner's manual for formats compatible with your player. These DVD-Rs may not play on all computers or DVD player/recorders. To address this, the manufacturer recommends viewing this product on a DVD player that does not have recording capability.

Customer Rating:
Based on 2101 ratings.

As expected, the transfer can be rough, but still quality television at this excellent price.


If I was going to buy just one Dragnet DVD from Oldies.com, this would be it. Why? Simply put, the episodes included on this disc are some of the harder ones to find on DVD. Audio/visual quality is about average as public domain Dragnet episodes go, but the relative rarity of these episodes makes this release a winner for fans of the series looking to expand their Dragnet collections.