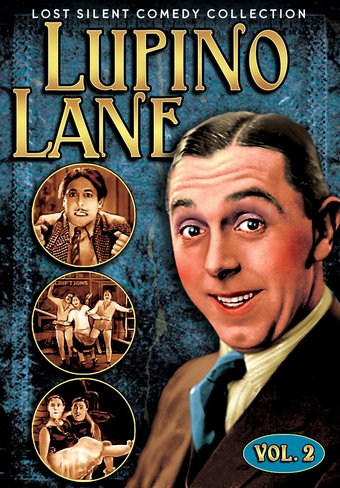 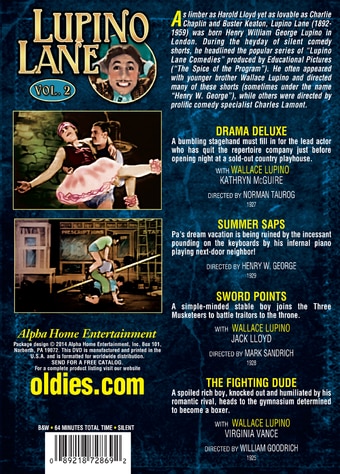 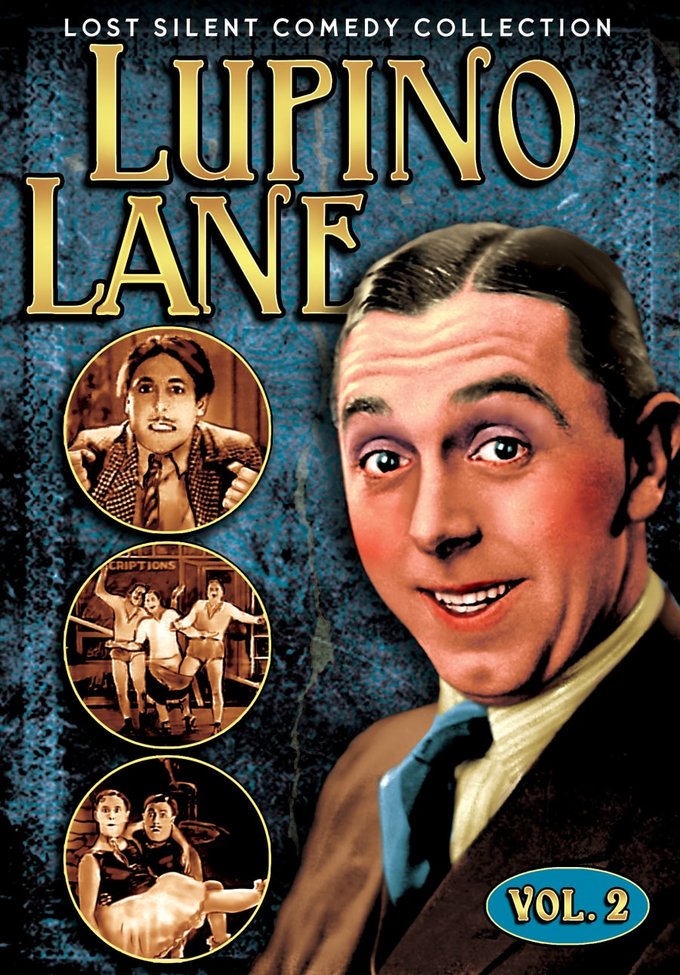 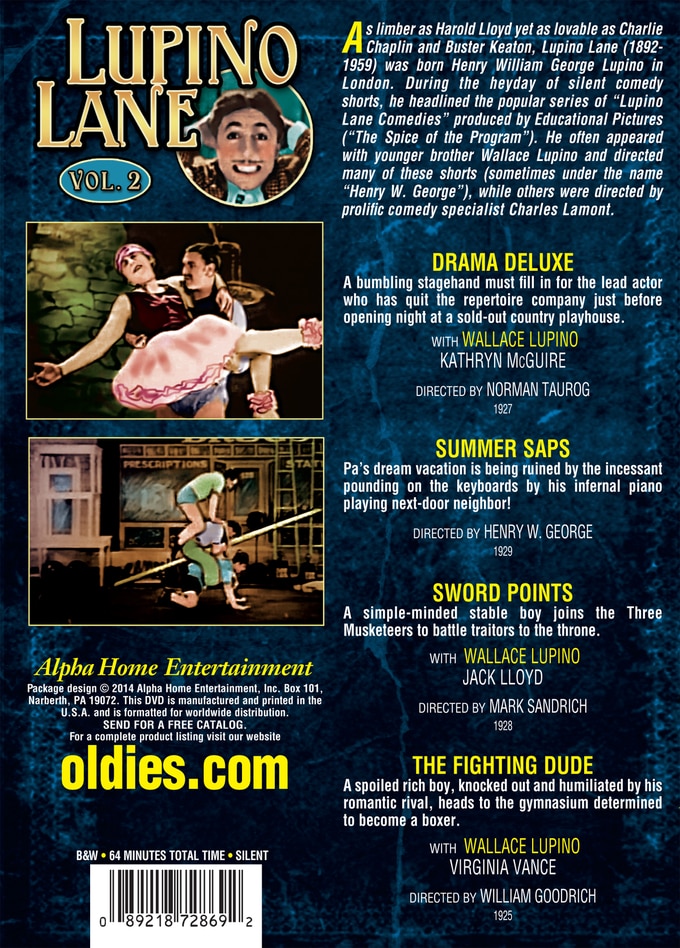 As limber as Harold Lloyd yet as lovable as Charlie Chaplin and Buster Keaton, Lupino Lane (1892-1959) was born Henry William George Lupino in London. During the heyday of silent comedy shorts, he headlined the popular series of "Lupino Lane Comedies" produced by Educational Pictures ("The Spice of the Program"). He often appeared with younger brother Wallace Lupino and directed many of these shorts (sometimes under the name "Henry W. George"), while others were directed by prolific comedy specialist Charles Lamont.

DRAMA DELUXE (1927): A bumbling stagehand must fill in for the lead actor who has quit the repertoire company just before opening night at a sold-out country playhouse. With Wallace Lupino, Kathryn McGuire; Directed by Norman Taurog.

SUMMER SAPS (1929): Pa's dream vacation is being ruined by the incessant pounding on the keyboards by his infernal piano playing next-door neighbor! Directed by Henry W. George.

THE FIGHTING DUDE (1925): A spoiled rich boy, knocked out and humiliated by his romantic rival, heads to the gymnasium determined to become a boxer. With Wallace Lupino, Virginia Vance; Directed by William Goodrich