Eddie Cantor (in his first movie role) plays a down-on-his-luck golf caddy trying to win back his girlfriend Clara Bow in this silent comedy classic. 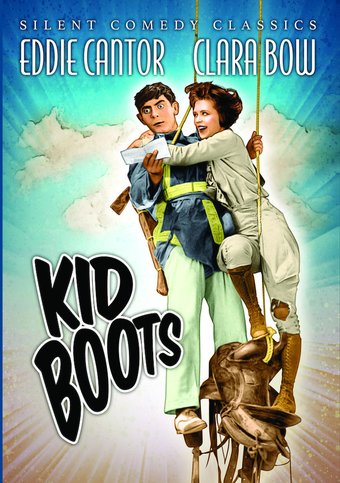 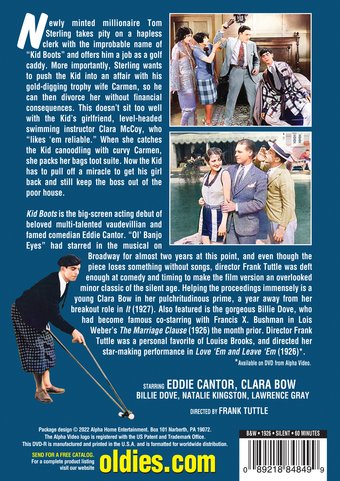 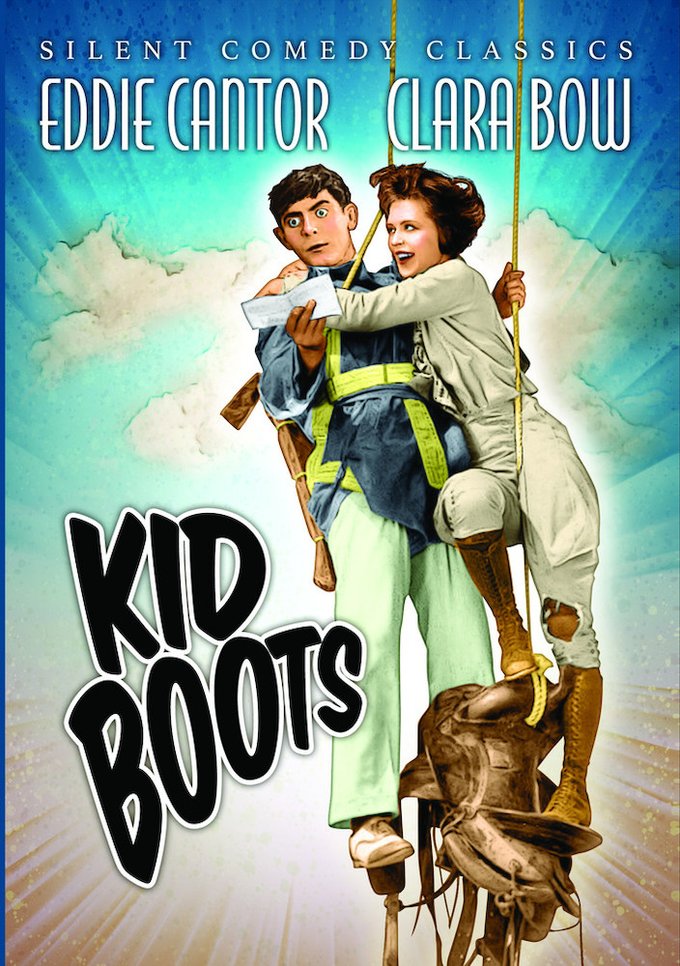 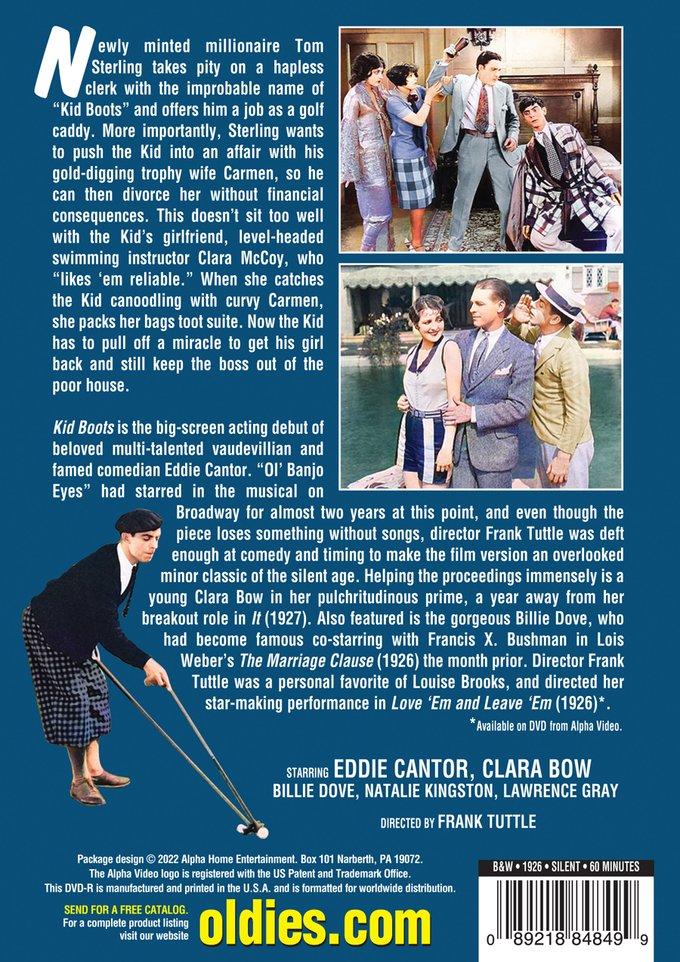 Newly minted millionaire Tom Sterling takes pity on a hapless clerk with the improbable name of "Kid Boots" and offers him a job as a golf caddy. More importantly, Sterling wants to push the Kid into an affair with his gold-digging trophy wife Carmen, so he can then divorce her without financial consequences. This doesn't sit too well with the Kid's girlfriend, level-headed swimming instructor Clara McCoy, who "likes 'em reliable." When she catches the Kid canoodling with curvy Carmen, she packs her bags toot suite. Now the Kid has to pull off a miracle to get his girl back and still keep the boss out of the poor house.

Kid Boots is the big-screen acting debut of beloved multi-talented vaudevillian and famed comedian Eddie Cantor. "Ol' Banjo Eyes" had starred in the musical on Broadway for almost two years at this point, and even though the piece loses something without songs, director Frank Tuttle was deft enough at comedy and timing to make the film version an overlooked minor classic of the silent age. Helping the proceedings immensely is a young Clara Bow in her pulchritudinous prime, a year away from her breakout role in It (1927). Also featured is the gorgeous Billie Dove, who had become famous co-starring with Francis X. Bushman in Lois Weber's The Marriage Clause (1926) the month prior. Director Frank Tuttle was a personal favorite of Louise Brooks, and directed her star-making performance in Love 'Em and Leave 'Em (1926).