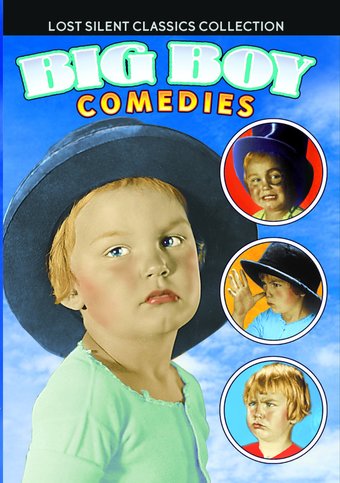 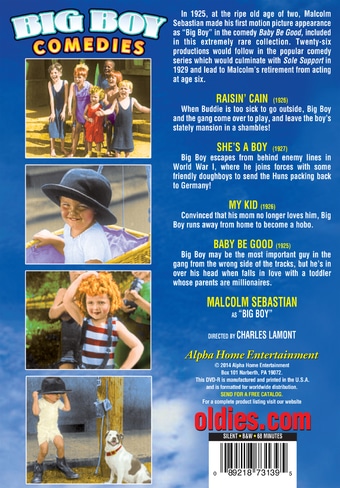 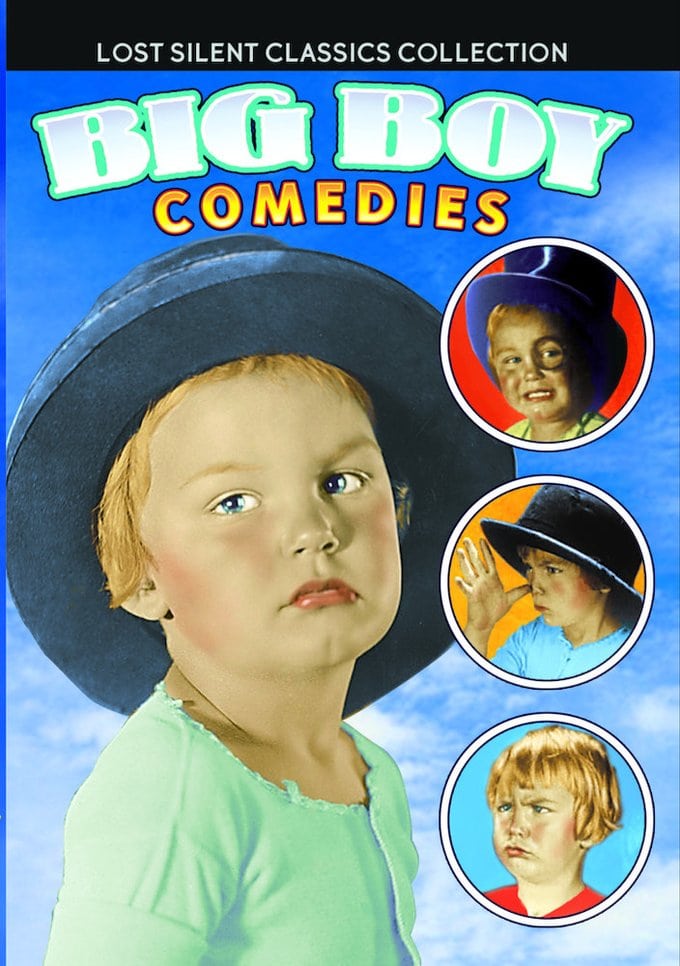 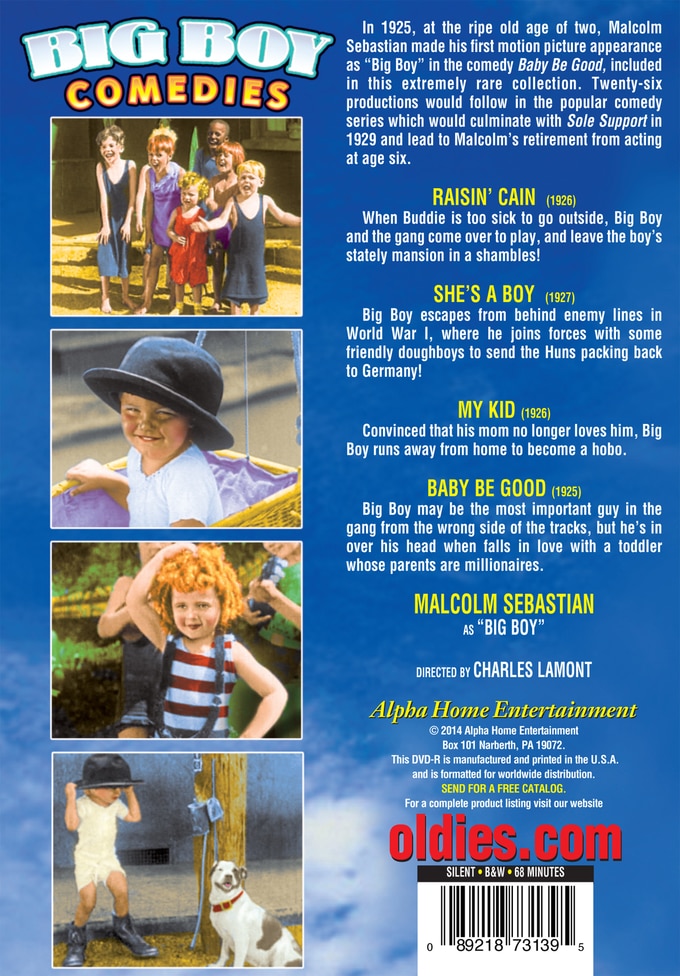 In 1925, at the ripe old age of two, Malcolm Sebastian made his first motion picture appearance as "Big Boy" in the comedy Baby Be Good, included in this extremely rare collection. Twenty-six productions would follow in the popular comedy series which would culminate with Sole Support in 1929 and lead to Malcolm's retirement from acting at age six.

RAISIN' CAIN (1926): When Buddie is too sick to go outside, Big Boy and the gang come over to play, and leave the boy's stately mansion in a shambles!

SHE'S A BOY (1927): Big Boy escapes from behind enemy lines in World War I, where he joins forces with some friendly doughboys to send the Huns packing back to Germany!

MY KID (1926): Convinced that his mom no longer loves him, Big Boy runs away from home to become a hobo.

BABY BE GOOD (1925): Big Boy may be the most important guy in the gang from the wrong side of the tracks, but he's in over his head when falls in love with a toddler whose parents are millionaires.