This sexy indie take-off on 'Barbarella' was released by Alpha Video in 2004 and fell through the cracks. Now it returns as part of the Alpha Video "Retrograde" collection featuring retro cover art. Includes collectible postcard! 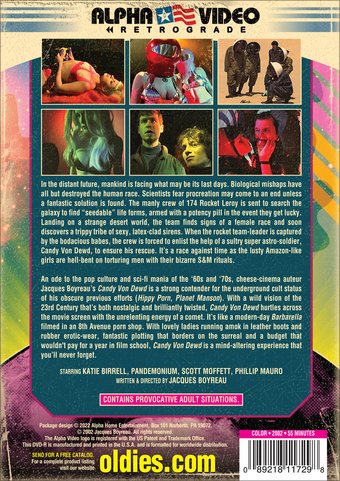 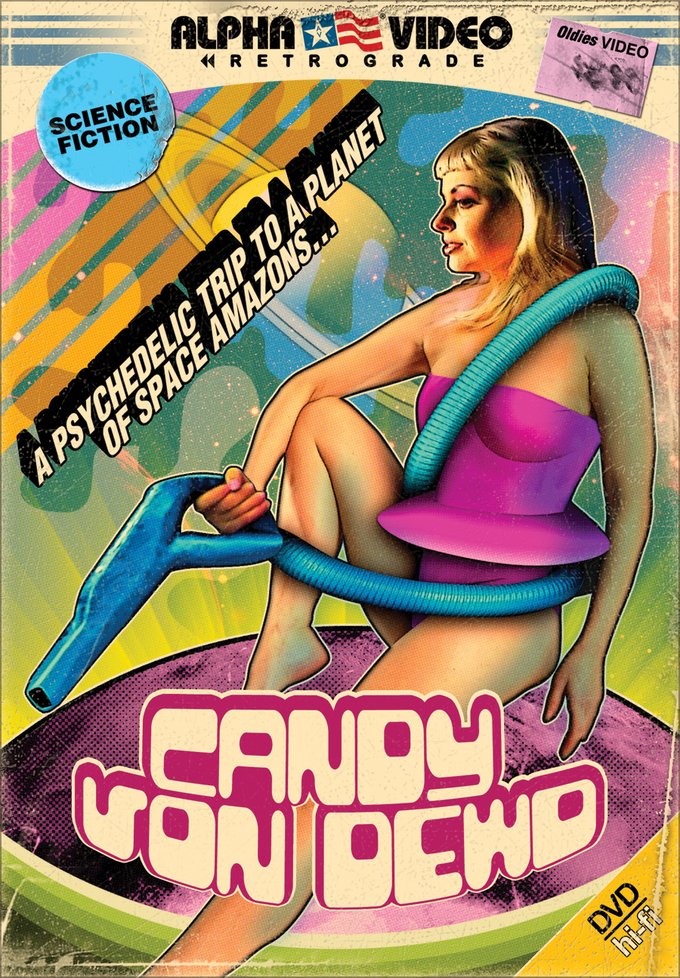 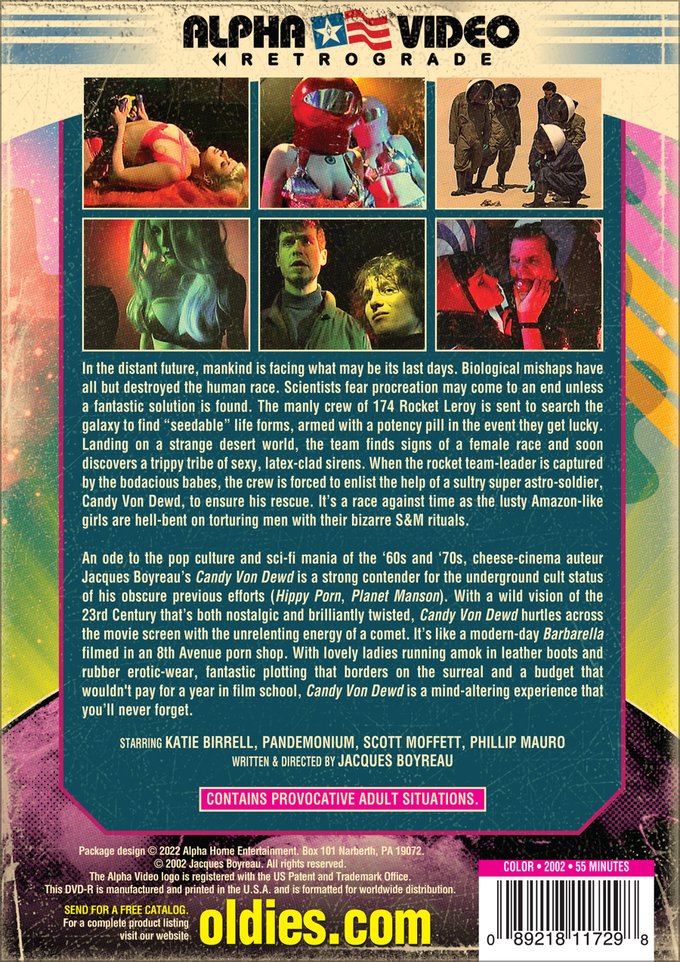 In the distant future, mankind is facing what may be its last days. Biological mishaps have all but destroyed the human race. Scientists fear procreation may come to an end unless a fantastic solution is found. The manly crew of 174 Rocket Leroy is sent to search the galaxy to find "seedable" life forms, armed with a potency pill in the event they get lucky. Landing on a strange desert world, the team finds signs of a female race and soon discovers a trippy tribe of sexy, latex-clad sirens. When the rocket team-leader is captured by the bodacious babes, the crew is forced to enlist the help of a sultry super astro-soldier, Candy Von Dewd, to ensure his rescue. It's a race against time as the lusty Amazon-like girls are hell-bent on torturing men with their bizarre S&M rituals.