Broadway comedians Clark and McCullough were as popular as the Marx Brothers in the 1930s. Here is a collection of zany two reelers from these long lost comics. 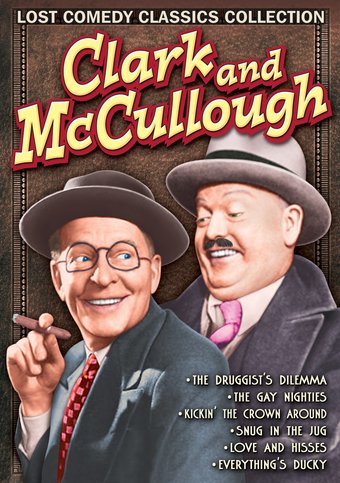 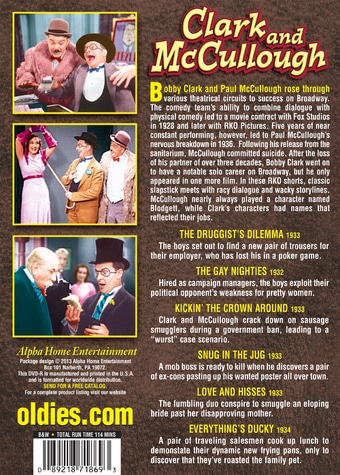 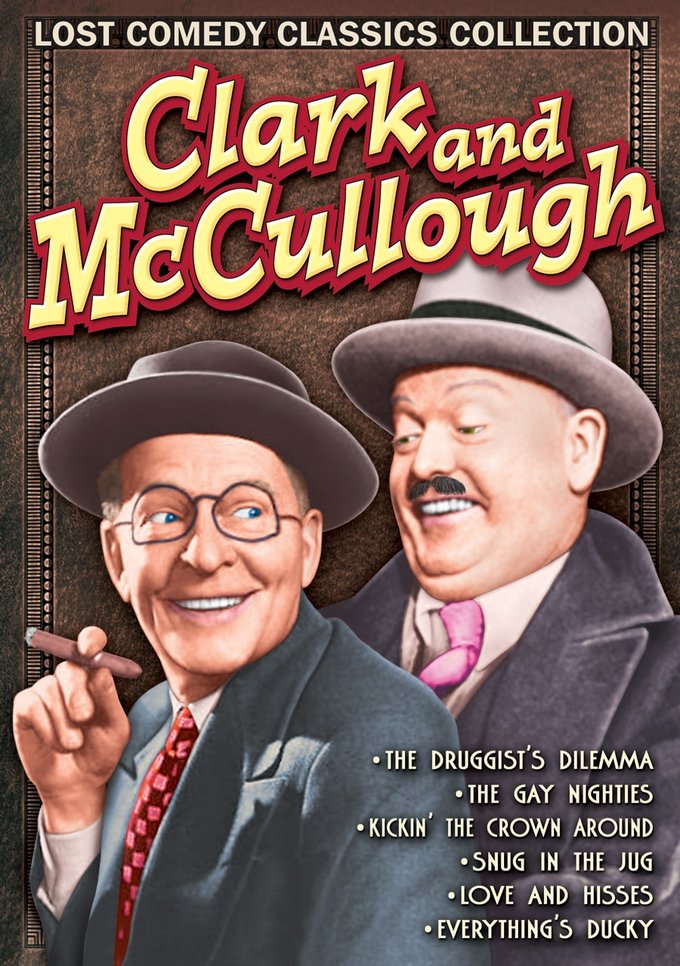 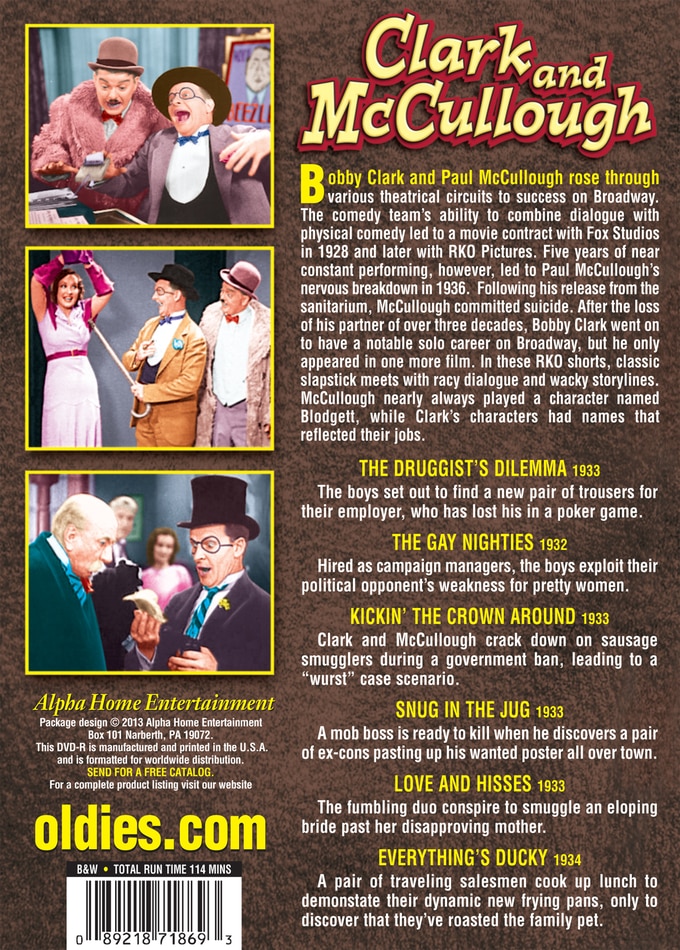 Bobby Clark and Paul McCullough rose through various theatrical circuits to success on Broadway. The comedy team's ability to combine dialogue with physical comedy led to a movie contract with Fox Studios in 1928 and later with RKO Pictures. Five years of near constant performing, however, led to Paul McCullough's nervous breakdown in 1936. Following his release from the sanitarium, McCullough committed suicide. After the loss of his partner of over three decades, Bobby Clark went on to have a notable solo career on Broadway, but he only appeared in one more film. In these RKO shorts, classic slapstick meets with racy dialogue and wacky storylines. McCullough nearly always played a character named Blodgett, while Clark's characters had names that reflected their jobs.

THE DRUGGIST'S DILEMMA (1933): The boys set out to find a new pair of trousers for their employer, who has lost his in a poker game.

KICKIN' THE CROWN AROUND (1933): Clark and McCullough crack down on sausage smugglers during a government ban, leading to a "wurst" case scenario.

SNUG IN THE JUG (1933): A mob boss is ready to kill when he discovers a pair of ex-cons pasting up his wanted poster all over town.

LOVE AND HISSES (1933): The fumbling duo conspire to smuggle an eloping bride past her disapproving mother.

EVERYTHING'S DUCKY (1934): A pair of traveling salesmen cook up lunch to demonstrate their dynamic new frying pans, only to discover that they've roasted the family pet.


I was so glad to see these very funny shorts. Clark & McCullough are unjustly forgotten. Clark's asides are hilarious. Please give us more-- especially Fits in a Fiddle and Alibi Bye Bye!