Ten rare comedies from the master of the "slow burn" - Edgar Kennedy. 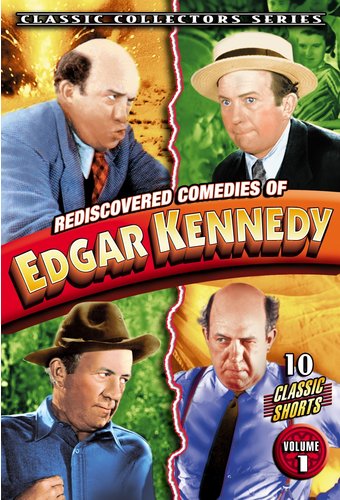 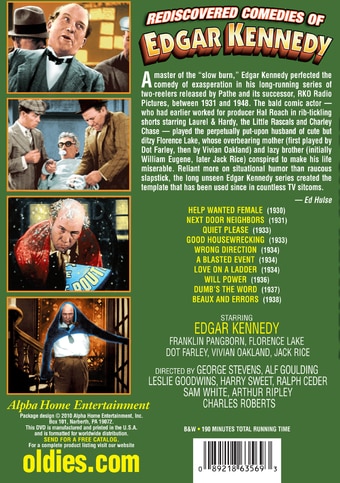 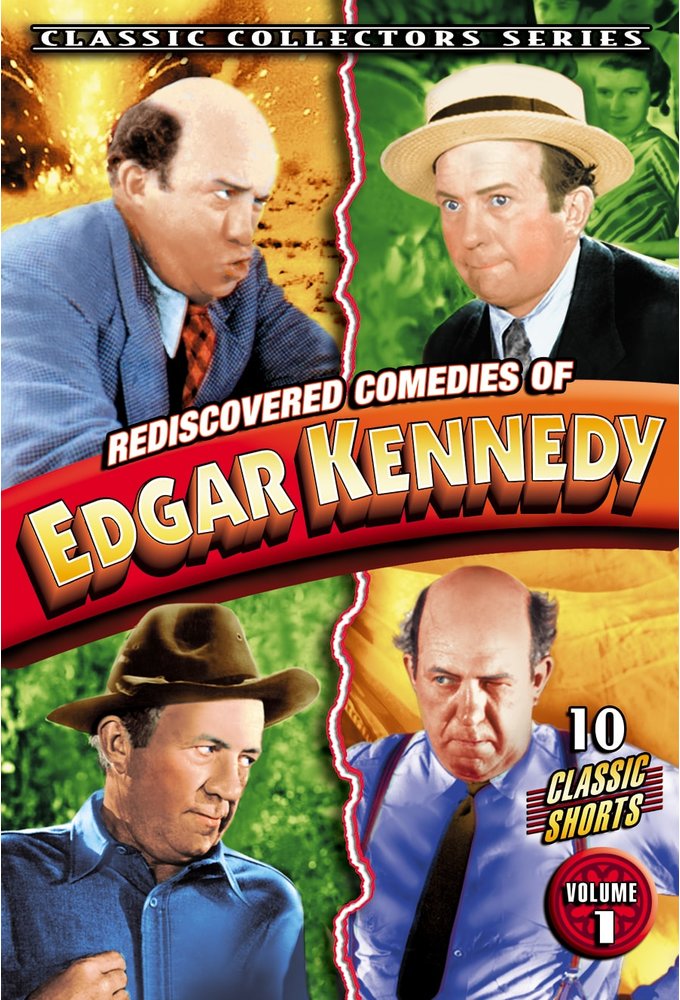 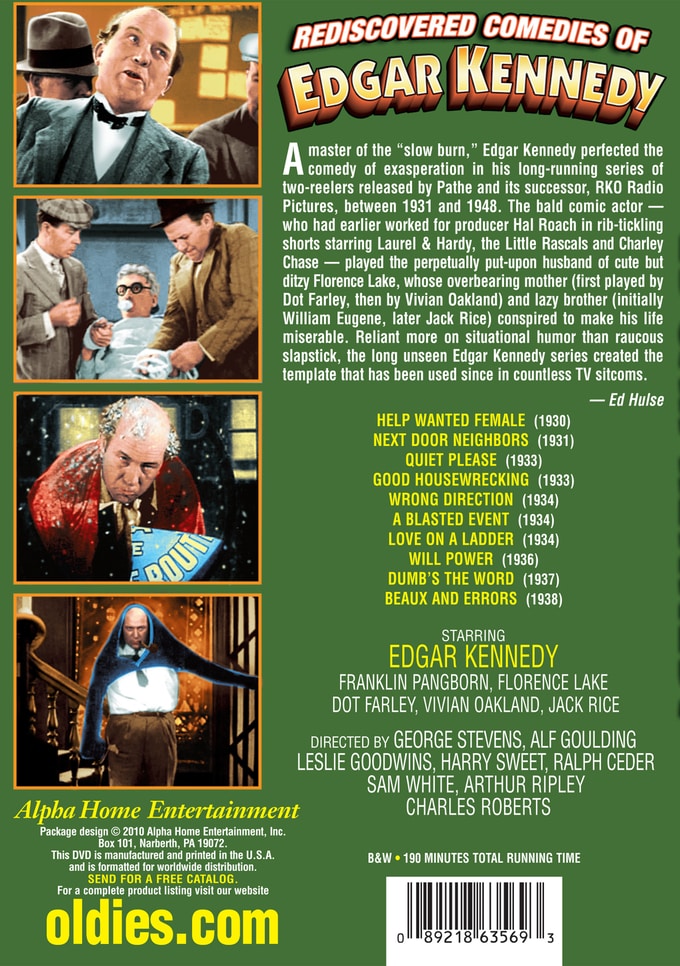 A master of the "slow burn," Edgar Kennedy perfected the comedy of exasperation in his long-running series of two-reelers released by Pathe and its successor, RKO Radio Pictures, between 1931 and 1948. The bald comic actor - who had earlier worked for producer Hal Roach in rib-tickling shorts starring Laurel & Hardy, the Little Rascals and Charley Chase - played the perpetually put-upon husband of cute but ditzy Florence Lake, whose overbearing mother (first played by Dot Farley, then by Vivian Oakland) and lazy brother (initially William Eugene, later Jack Rice) conspired to make his life miserable. Reliant more on situational humor than raucous slapstick, the long unseen Edgar Kennedy series created the template that has been used since in countless TV sitcoms. - Ed Hulse
This product is made-on-demand by the manufacturer using DVD-R recordable media. Almost all DVD players can play DVD-Rs (except for some older models made before 2000) - please consult your owner's manual for formats compatible with your player. These DVD-Rs may not play on all computers or DVD player/recorders. To address this, the manufacturer recommends viewing this product on a DVD player that does not have recording capability.


Bravo to Alpha for releasing these shorts to dvd.

I originally saw these films on the good old BBC in England back in the early to mid 1980's at the ridiculous time of between 5am and 5.45am weekday mornings. Setting the video the night before to catch these gems became a regular ritual.

These comedies were very much the early versions of tv sitcoms, poor Edgar putting up with his dizzy wife, usually Florence Lake, and being put upon and conned by his no good brother-in -law and mother-in-law. Always trying to hold his temper, usually failing, and once in a very long while giving brother & mother their comeuppance.

Print quality on these films is very acceptable, due too there age you cannot expect pristine copies. The only mild drawback is the Alpha logo in the top right hand corner during the opening credits, but it does disappear once the films begin. Anyway all in all a great new Alpha release, mucho recommended, check out Vol 2 also.