A collection of 10 classic Edgar Kennedy comedy shorts including "The Other Fellow," a rare public-service film produced by Chevrolet Motors featuring Edgar Kennedy in multiple roles. 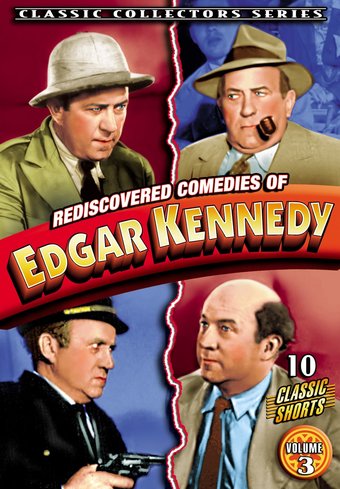 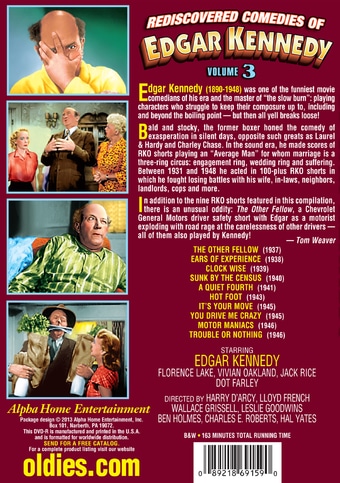 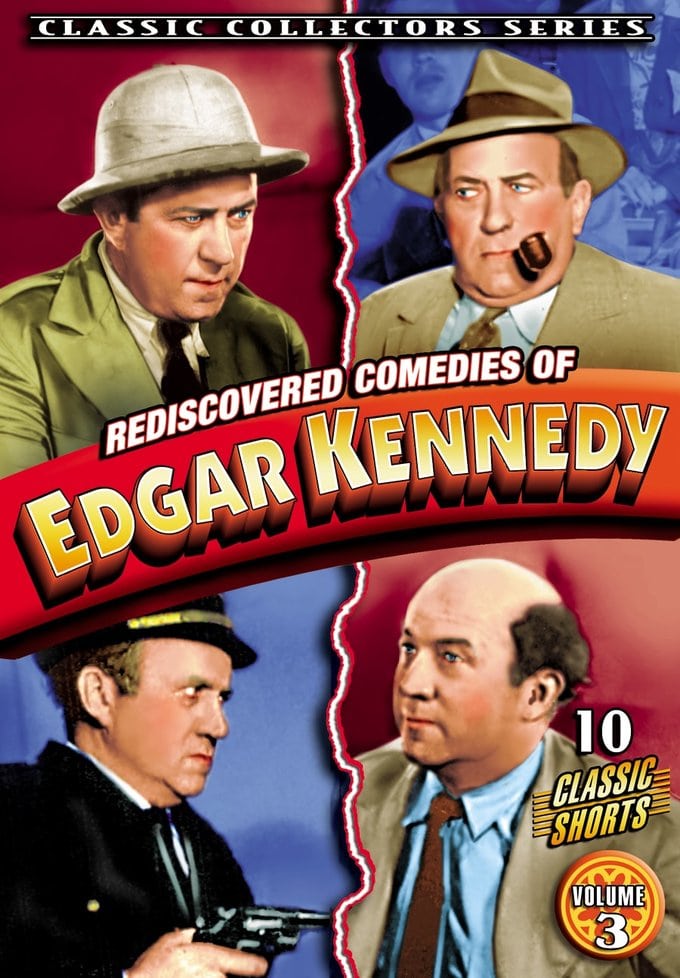 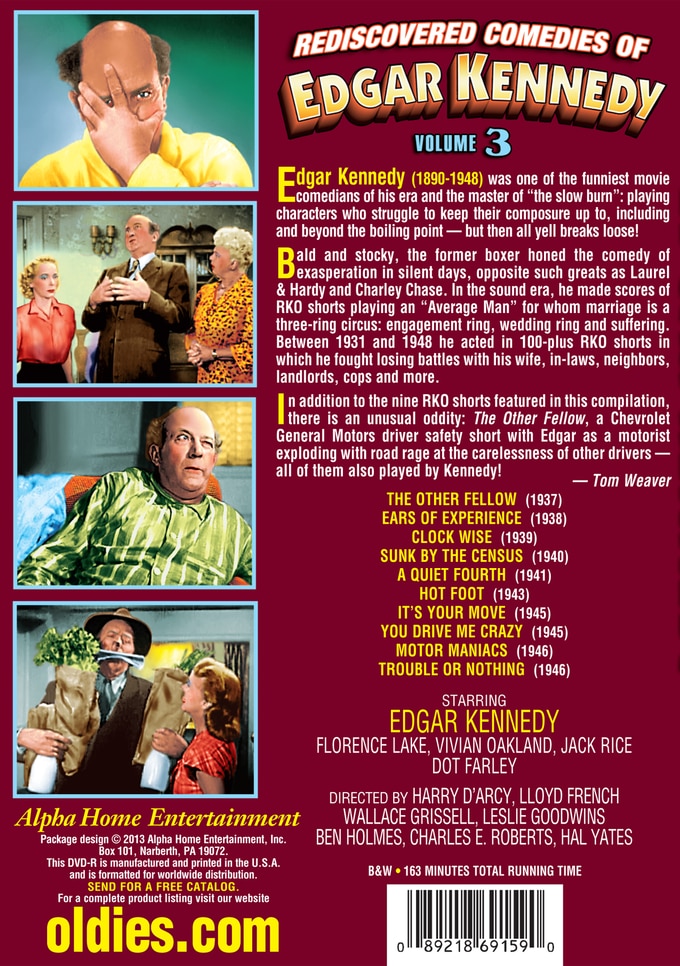 Edgar Kennedy (1890-1948) was one of the funniest movie comedians of his era and the master of "the slow burn": playing characters who struggle to keep their composure up to, including and beyond the boiling point - but then all yell breaks loose!

Bald and stocky, the former boxer honed the comedy of exasperation in silent days, opposite such greats as Laurel & Hardy and Charley Chase. In the sound era, he made scores of RKO shorts playing an "Average Man" for whom marriage is a three-ring circus: engagement ring, wedding ring and suffering. Between 1931 and 1948 he acted in 100-plus RKO shorts in which he fought losing battles with his wife, in-laws, neighbors, landlords, cops and more.

In addition to the nine RKO shorts featured in this compilation, there is an unusual oddity: "The Other Fellow," a Chevrolet-General Motors driver safety short with Edgar as a motorist exploding with road rage at the carelessness of other drivers - all of them also played by Kennedy!