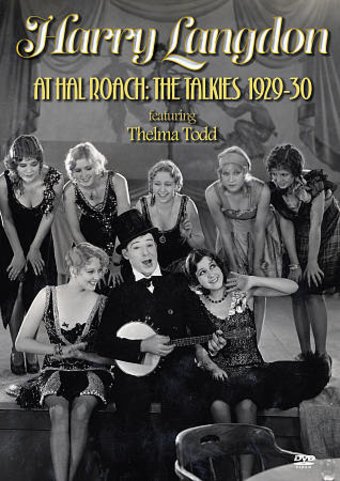 After falling from Hollywood stardom at the end of the Silent Era, quirky silent film comedian Harry Langdon made not only his first talking films, but also his first screen comeback with a series of eight two-reelers for comedy producer Hal Roach. This pre-code collection offers an interesting and entertaining look for the only time in sound as the undiluted comic creation he made famous in silent films.

Along for the ride is the beautiful comedienne Thelma Todd in some of her earliest film appearances at the Lot of Fun, as well as others from the Hal Roach Stock Company like Edgar Kennedy and Max Davidson. This is Harry Langdon at his most surreal.

25%off
Glorifying the American Girl
$5.95 on Sale
Add to Cart

The Finger Points
$20
Add to Cart