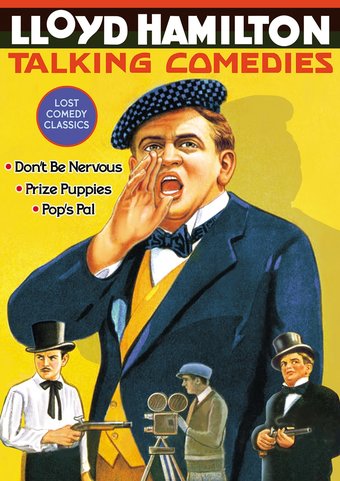 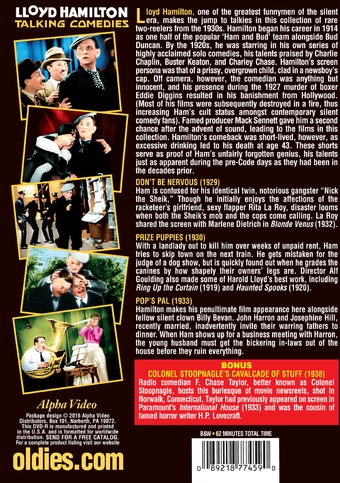 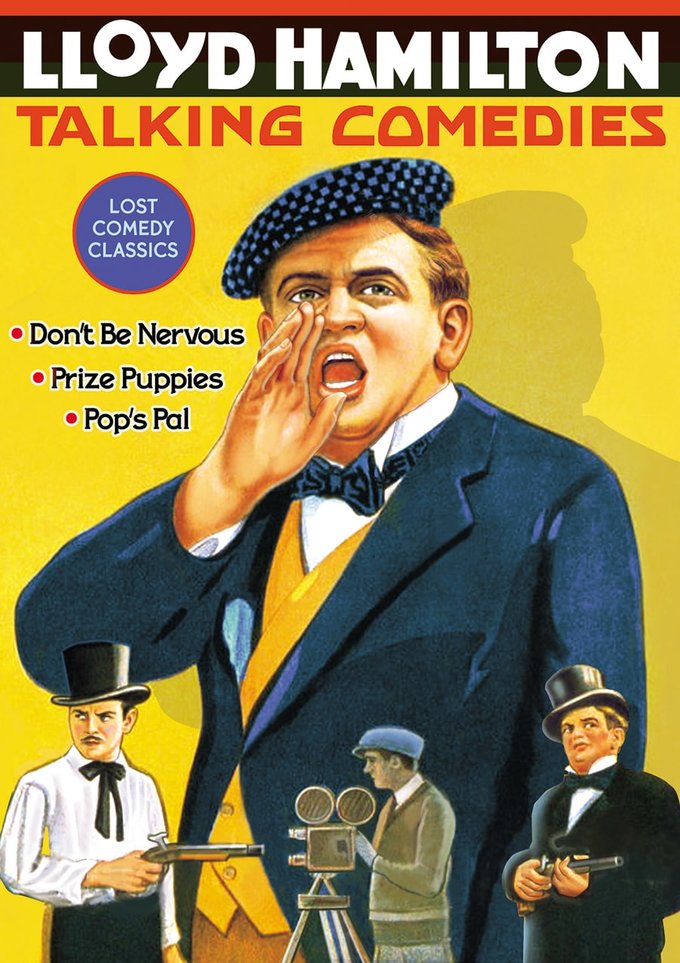 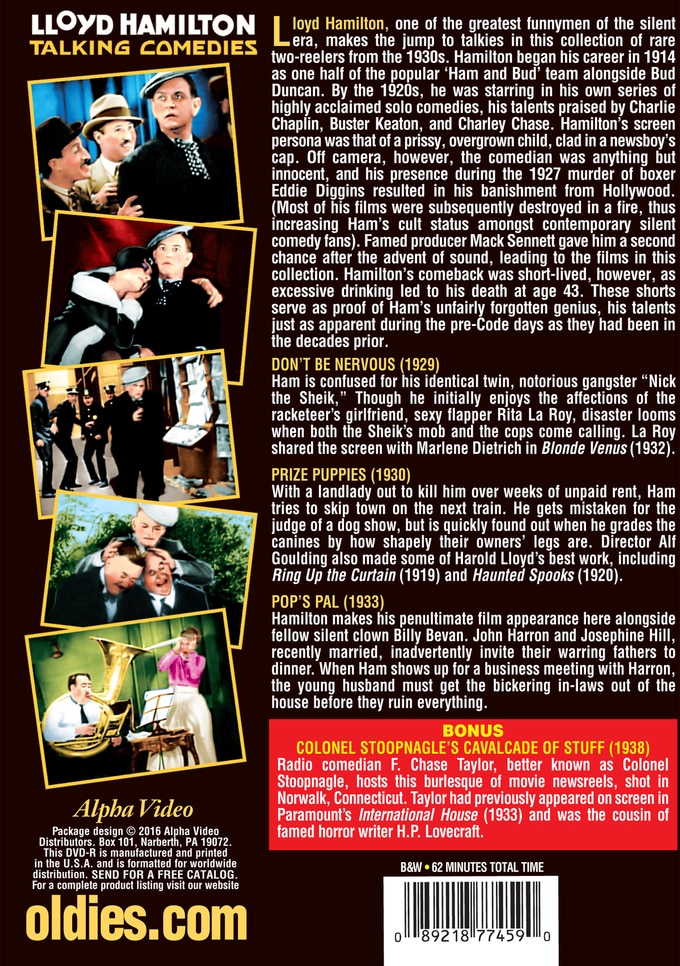 Lloyd Hamilton, one of the greatest funnymen of the silent era, makes the jump to talkies in this collection of rare two-reelers from the 1930s. Hamilton began his career in 1914 as one half of the popular 'Ham and Bud' team alongside Bud Duncan. By the 1920s, he was Starring in his own series of highly acclaimed solo comedies, his talents praised by Charlie Chaplin, Buster Keaton, and Charley Chase. Hamilton's screen persona was that of a prissy, overgrown child, clad in a newsboy's cap. Off camera, however, the comedian was anything but innocent, and his presence during the 1927 murder of boxer Eddie Diggins resulted in his banishment from Hollywood. (Most of his films were subsequently destroyed in a fire, thus increasing Ham's cult status amongst contemporary silent comedy fans.) Famed producer Mack Sennett gave him a second chance after the advent of sound, leading to the films in this collection. Hamilton's comeback was short-lived, however, as excessive drinking led to his death at age 43. These shorts serve as proof of Ham's unfairly forgotten genius, his talents just as apparent during the pre-Code days as they had been in the decades prior.

DON'T BE NERVOUS (1929): Ham is confused for his identical twin, notorious gangster "Nick the Sheik". Though he initially enjoys the affections of the racketeer's girlfriend, sexy flapper Rita La Roy, disaster looms when both the Sheik's mob and the cops come calling. La Roy shared the screen with Marlene Dietrich in Blonde Venus (1932).

PRIZE PUPPIES (1930): With a landlady out to kill him over weeks of unpaid rent, Ham tries to skip town on the next train. He gets mistaken for the judge of a dog show, but is quickly found out when he grades the canines by how shapely their owners' legs are. Director Alf Goulding also made some of Harold Lloyd's best work, including Ring Up the Curtain (1919) and Haunted Spooks (1920).

POP'S PAL (1933): Hamilton makes his penultimate film appearance here alongside fellow silent clown Billy Bevan. John Harron and Josephine Hill, recently married, inadvertently invite their warring fathers to dinner. When Ham shows up for a business meeting with Harron, the young husband must get the bickering in-laws out of the house before they ruin everything.


Nice to see these very rare shorts from this early screen comedian. Wasn't aware of much of his work, but enjoyed these little gems showcasing this talents. Prints are okay for age of material but sound was sometimes affected by low buzzing sound which would become more apparent when there was no dialogue. Would be nice to see more of Hamilton's work if available.