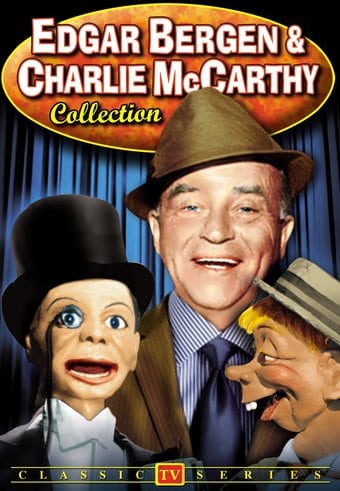 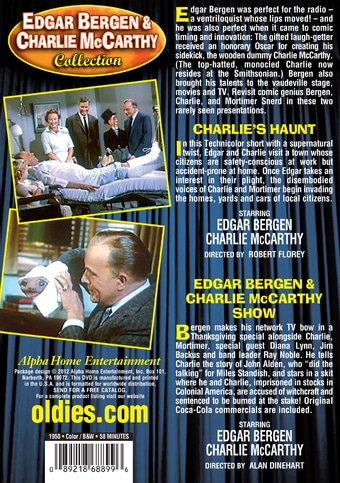 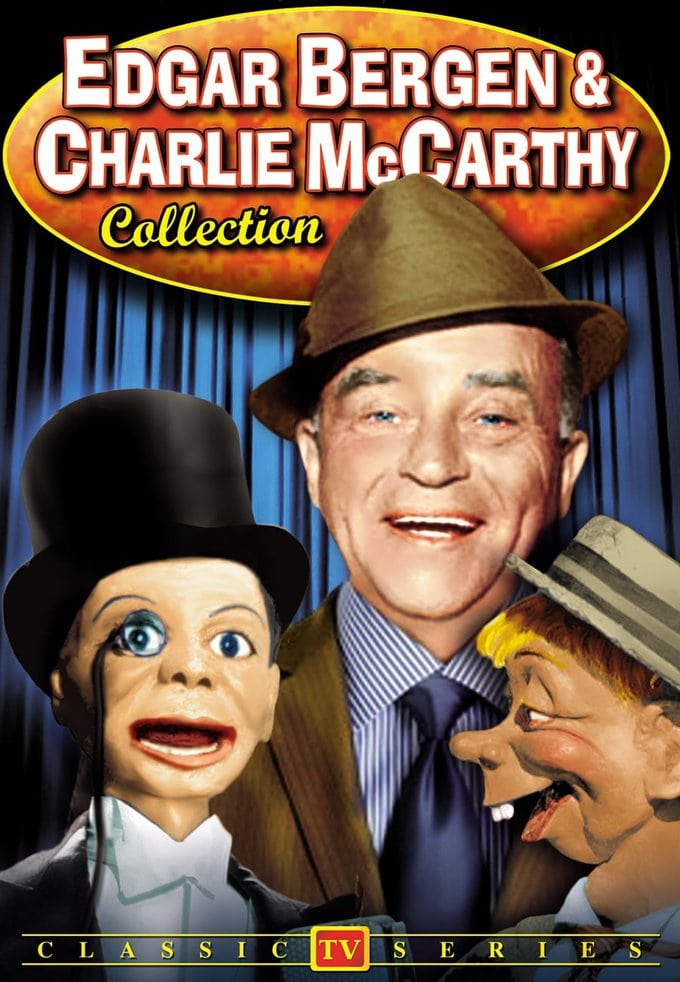 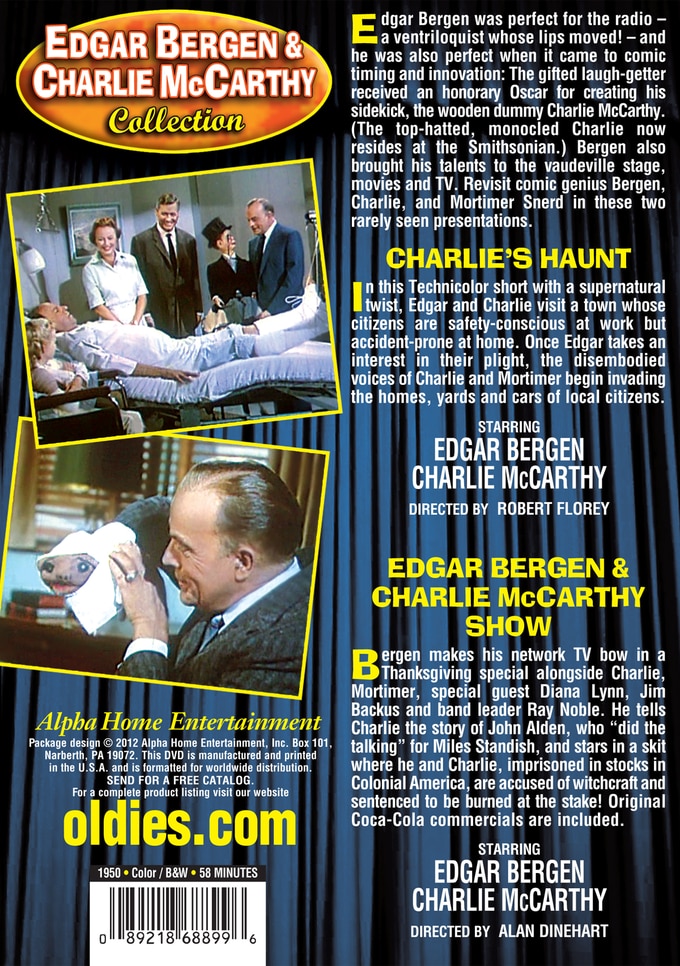 Edgar Bergen was perfect for the radio - a ventriloquist whose lips moved! - and he was also perfect when it came to comic timing and innovation: The gifted laugh-getter received an honorary Oscar for creating his sidekick, the wooden dummy Charlie McCarthy. (The top-hatted, monocled Charlie now resides at the Smithsonian.) Bergen also brought his talents to the vaudeville stage, movies and TV. Revisit comic genius Bergen, Charlie, and Mortimer Snerd in these two rarely seen presentations.

Charlie's Haunt: In this Technicolor short with a supernatural twist, Edgar and Charlie visit a town whose citizens are safety-conscious at work but accident-prone at home. Once Edgar takes an interest in their plight, the disembodied voices of Charlie and Mortimer begin invading the homes, yards and cars of local citizens. Directed by Robert Florey.

Edgar Bergen & Charlie McCarthy Show: Bergen makes his network TV bow in a Thanksgiving special alongside Charlie, Mortimer, special guest Diana Lynn, Jim Backus and band leader Ray Noble. He tells Charlie the story of John Alden, who "did the talking" for Miles Standish, and stars in a skit where he and Charlie, imprisoned in stocks in Colonial America, are accused of witchcraft and sentenced to be burned at the stake! Original Coca-Cola commercials are included. Directed by Alan Dinehart.

Letter of Introduction
$10.90
Add to Cart