A classic hillbilly comedy based on the famous Al Capp comic strip. 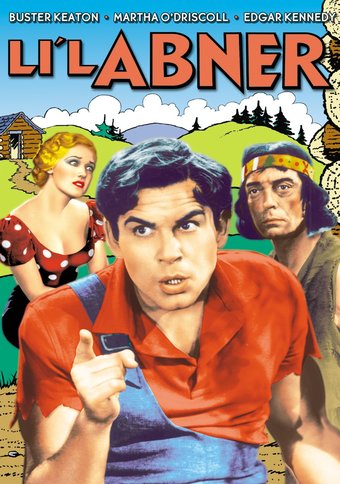 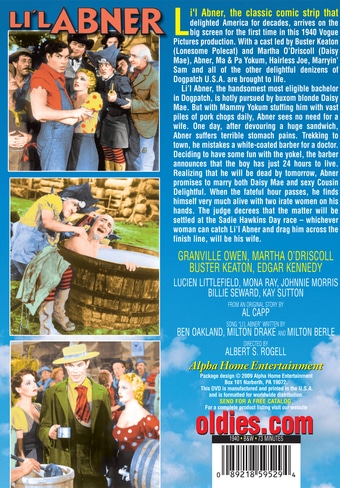 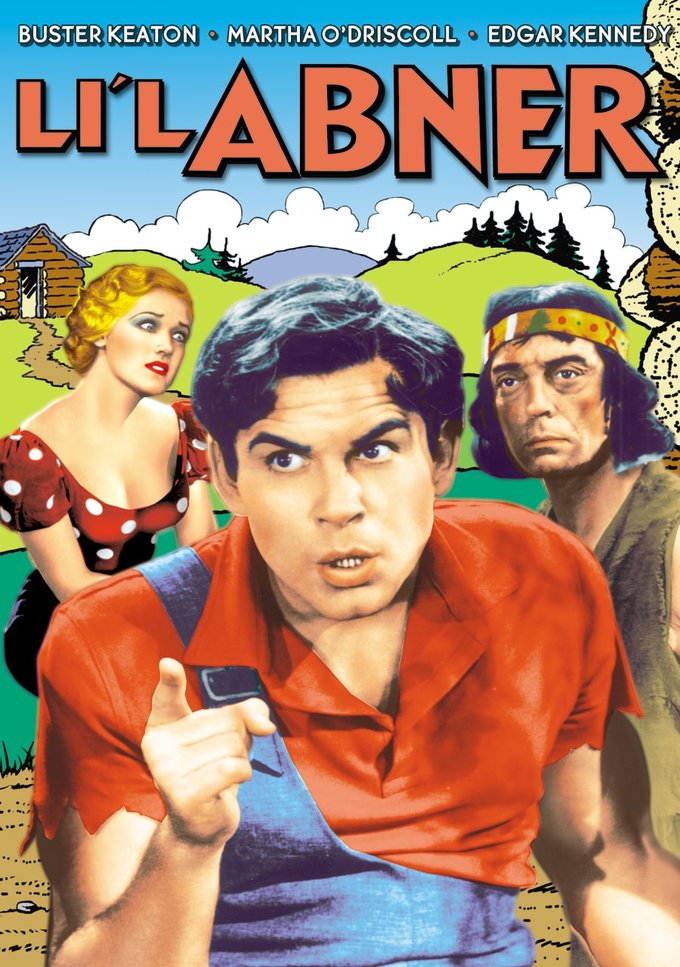 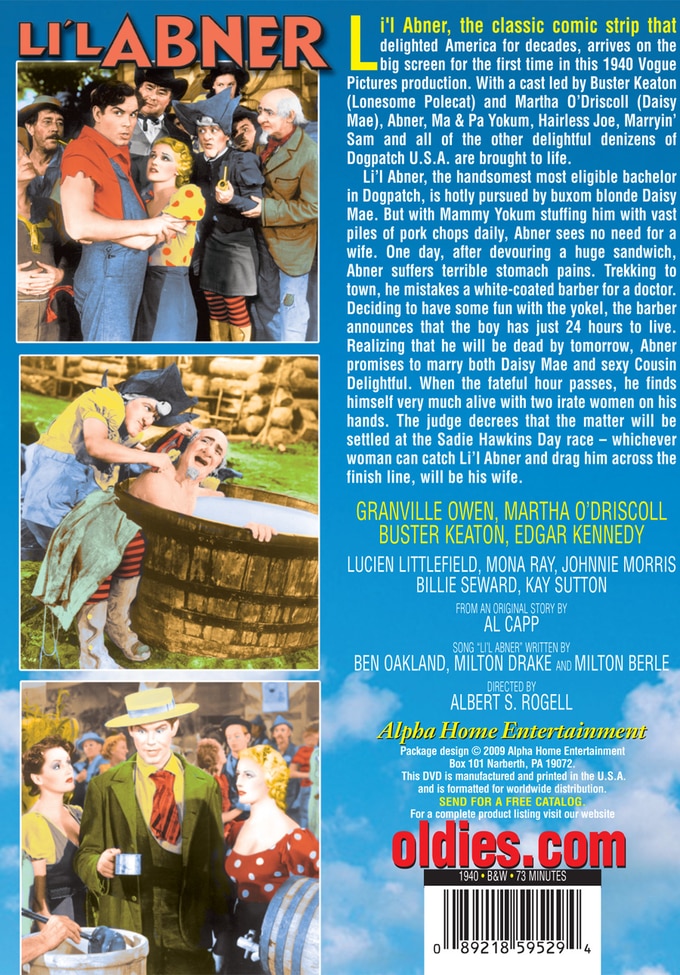 Li'l Abner, the classic comic strip that delighted America for decades, arrives on the big screen for the first time in this 1940 Vogue Pictures production. With a cast led by Buster Keaton (Lonesome Polecat) and Martha O'Driscoll (Daisy Mae), Abner, Ma & Pa Yokum, Hairless Joe, Marryin' Sam and all of the other delightful denizens of Dogpatch U.S.A. are brought to life.

Li'l Abner, the handsomest most eligible bachelor in Dogpatch, is hotly pursued by buxom blonde Daisy Mae. But with Mammy Yokum stuffing him with vast piles of pork chops daily, Abner sees no need for a wife. One day, after devouring a huge sandwich, Abner suffers terrible stomach pains. Trekking to town, he mistakes a white-coated barber for a doctor. Deciding to have some fun with the yokel, the barber announces that the boy has just 24 hours to live. Realizing that he will be dead by tomorrow, Abner promises to marry both Daisy Mae and sexy Cousin Delightful. When the fateful hour passes, he finds himself very much alive with two irate women on his hands. The judge decrees that the matter will be settled at the Sadie Hawkins Day race - whichever woman can catch Li'l Abner and drag him across the finish line, will be his wife.