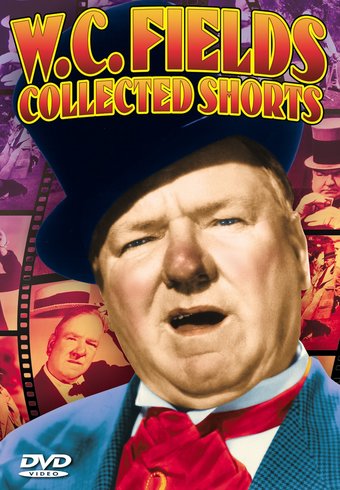 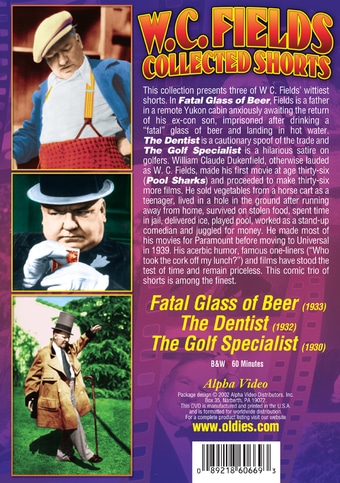 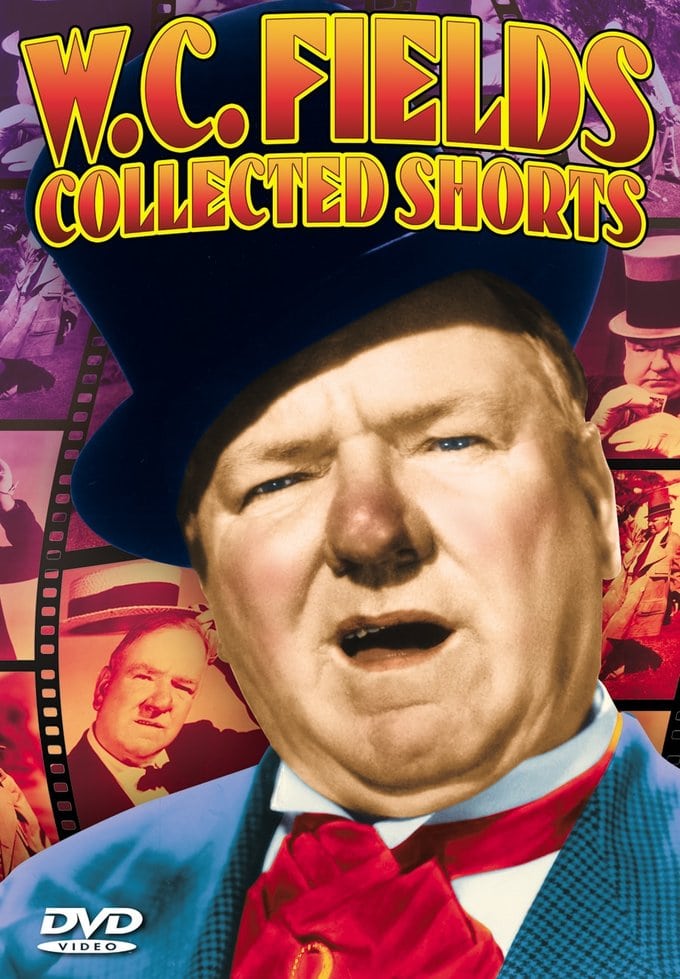 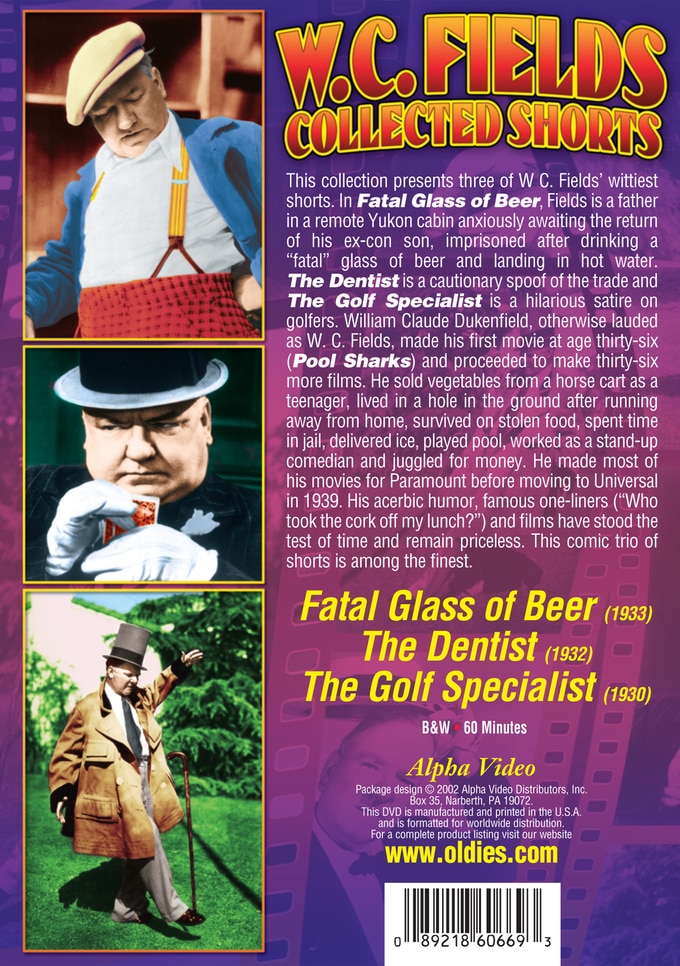 This collection presents three of W C. Fields' wittiest shorts. In Fatal Glass of Beer, Fields is a father in a remote Yukon cabin anxiously awaiting the return of his ex-con son, imprisoned after drinking a "fatal" glass of beer and landing in hot water. The Dentist is a cautionary spoof of the trade and The Golf Specialist is a hilarious satire on golfers. William Claude Dukenfield, otherwise lauded as W. C. Fields, made his first movie at age thirty-six (Pool Sharks) and proceeded to make thirty-six more films. He sold vegetables from a horse cart as a teenager, lived in a hole in the ground after running away from home, survived on stolen food, spent time in jail, delivered ice, played pool, worked as a stand-up comedian and juggled for money. He made most of his movies for Paramount before moving to Universal in 1939. His acerbic humor, famous one-liners ("Who took the cork off my lunch?") and films have stood the test of time and remain priceless. This comic trio of shorts is among the finest.

Three of the great W.C. Fields' funniest comedy shorts, including "The Golf Specialist," "The Dentist," and "The Fatal Glass of Beer."

Classic | Short Stories | Slapstick | Vintage | Recommended
This product is made-on-demand by the manufacturer using DVD-R recordable media. Almost all DVD players can play DVD-Rs (except for some older models made before 2000) - please consult your owner's manual for formats compatible with your player. These DVD-Rs may not play on all computers or DVD player/recorders. To address this, the manufacturer recommends viewing this product on a DVD player that does not have recording capability.


There was only one W.C.Fields, and if you have ever seen him in anything, and liked him, you will like him in these, and all else he did. One can only hope for more of his work to be offered in collections such as this.