A sexy showgirl finds out that she's pregnant after her boyfriend leaves her. Busby Berkeley-inspired. 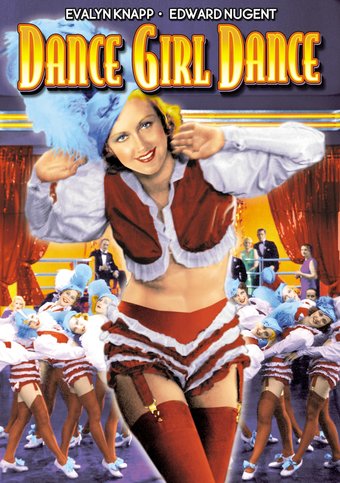 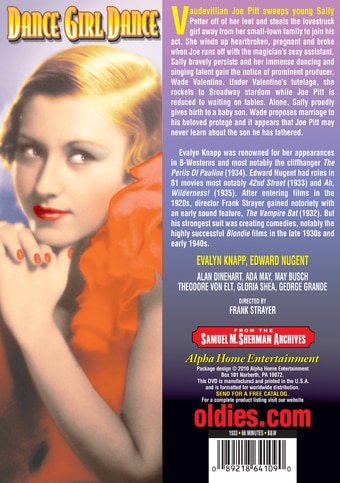 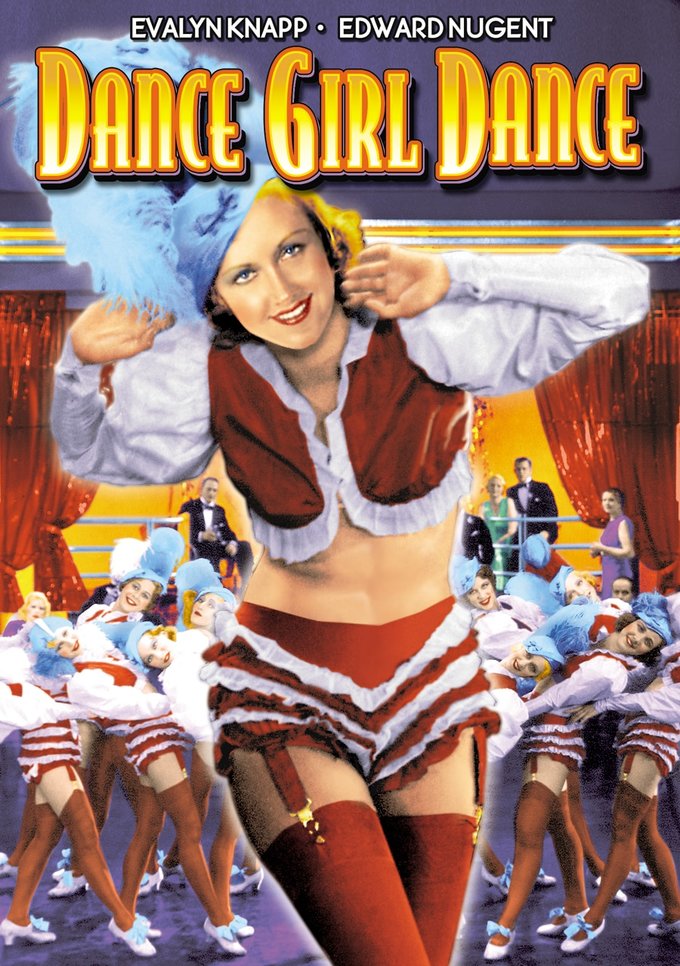 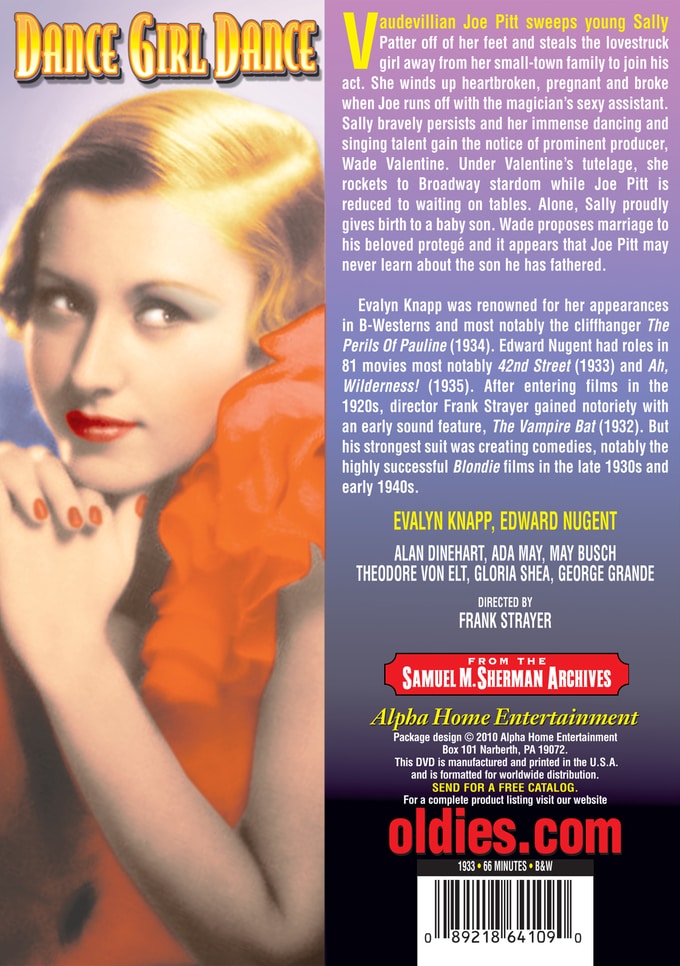 Vaudevillian Joe Pitt sweeps young Sally Patter off of her feet and steals the lovestruck girl away from her small-town family to join his act. She winds up heartbroken, pregnant and broke when Joe runs off with the magician's sexy assistant. Sally bravely persists and her immense dancing and singing talent gain the notice of prominent producer, Wade Valentine. Under Valentine's tutelage, she rockets to Broadway stardom while Joe Pitt is reduced to waiting on tables. Alone, Sally proudly gives birth to a baby son. Wade proposes marriage to his beloved protege and it appears that Joe Pitt may never learn about the son he has fathered.

Evalyn Knapp was renowned for her appearances in B-Westerns and most notably the cliffhanger The Perils Of Pauline (1934). Edward Nugent had roles in 81 movies most notably 42nd Street (1933) and Ah, Wilderness! (1935). After entering films in the 1920s, director Frank Strayer gained notoriety with an early sound feature, The Vampire Bat (1932). But his strongest suit was creating comedies, notably the highly successful Blondie films in the late 1930s and early 1940s.

Two-bit hoofer Joe (Edward Norris) hires starry-eyed Sally (Evelyn Knapp) for his vaudeville act. They marry, but the pressures of show business, coupled with Joe's irresponsibility, leads to a breakup. Lou Kenton (Mae Busch), a tough broad with a heart of gold, decides to help the pregnant Sally by introducing her to big-time Broadway producer Wade Valentine (Alan Dinehart). Our heroine skyrockets to stardom, while Valentine subsidizes her private life and even pays the hospital bills when Sally's baby is born. He finally asks her to marry him -- but incredibly, her heart still belongs to Joe, who manages to show up at fadeout time for a tearful reconciliation.

Romance | Doomed Lovers | Marriage | Romances | Actors | Behind The Scenes | Love
This product is made-on-demand by the manufacturer using DVD-R recordable media. Almost all DVD players can play DVD-Rs (except for some older models made before 2000) - please consult your owner's manual for formats compatible with your player. These DVD-Rs may not play on all computers or DVD player/recorders. To address this, the manufacturer recommends viewing this product on a DVD player that does not have recording capability.