Three of a Kind

Two con men (and one woman) try to swindle each other in this hilarious madcap adventure. 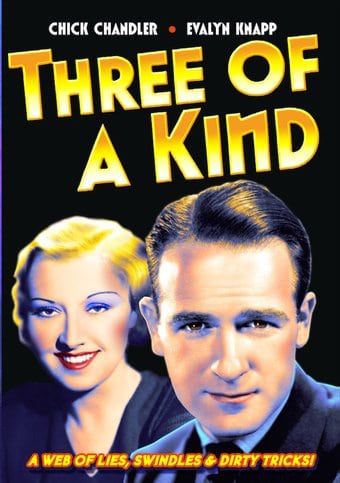 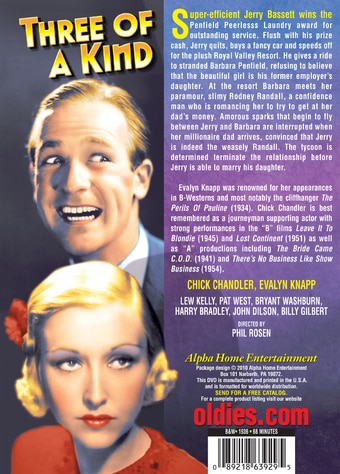 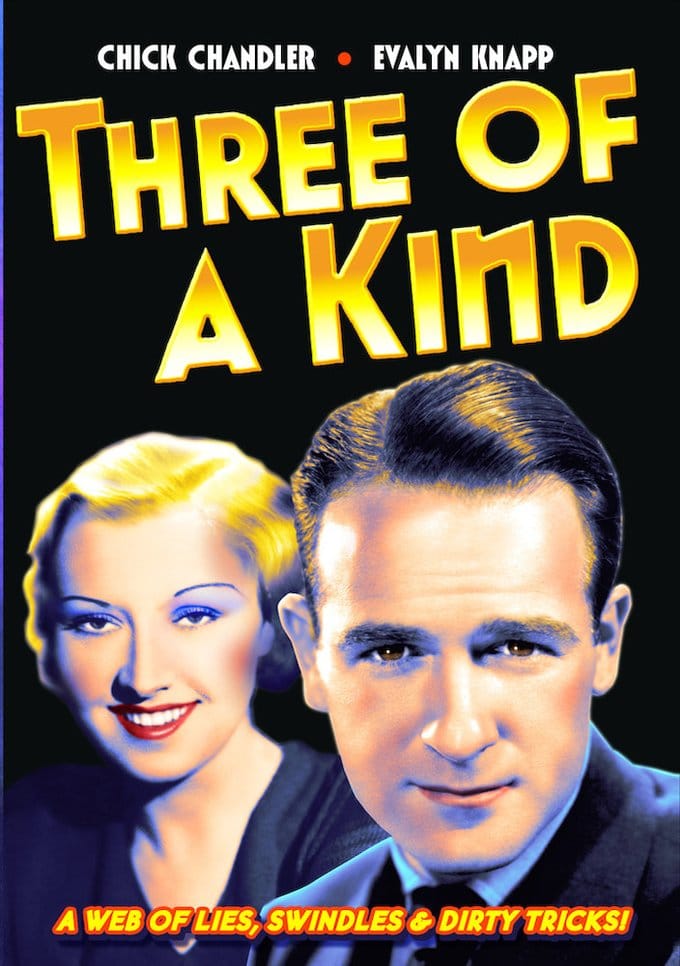 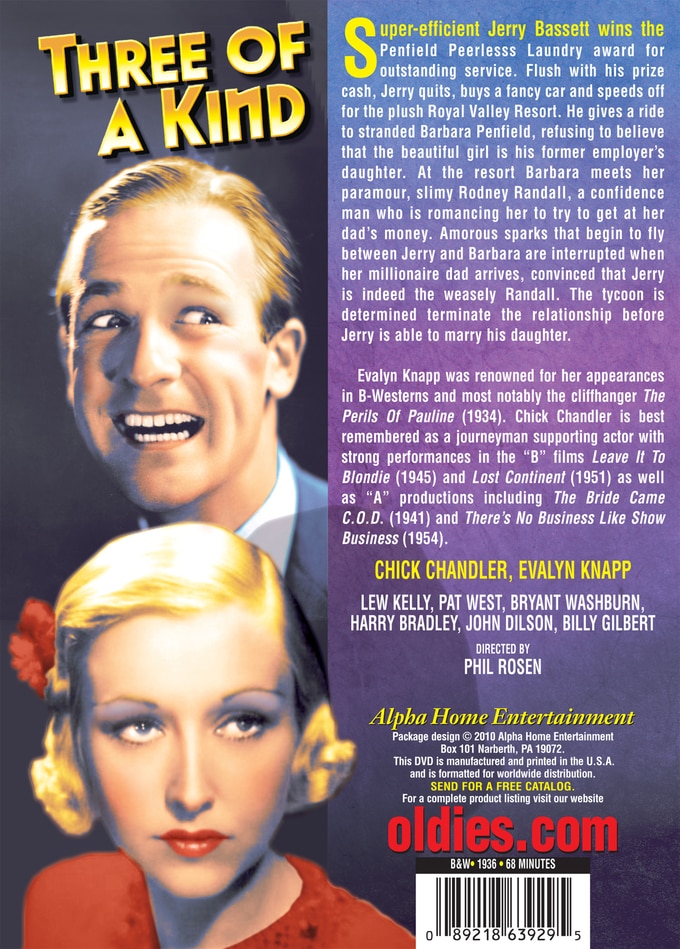 Super-efficient Jerry Bassett wins the Penfield Peerlesss Laundry award for outstanding service. Flush with his prize cash, Jerry quits, buys a fancy car and speeds off for the plush Royal Valley Resort. He gives a ride to stranded Barbara Penfield, refusing to believe that the beautiful girl is his former employer's daughter. At the resort Barbara meets her paramour, slimy Rodney Randall, a confidence man who is romancing her to try to get at her dad's money. Amorous sparks that begin to fly between Jerry and Barbara are interrupted when her millionaire dad arrives, convinced that Jerry is indeed the weaselly Randall. The tycoon is determined to terminate the relationship before Jerry is able to marry his daughter.

Evalyn Knapp was renowned for her appearances in B-Westerns and most notably the cliffhanger The Perils Of Pauline (1934). Chick Chandler is best remembered as a journeyman supporting actor with strong performances in the "B" films Leave It To Blondie (1945) and Lost Continent (1951) as well as "A" productions including The Bride Came C.O.D. (1941) and There's No Business Like Show Business (1954).

Three delightful rogues, all pretending to be millionaires, become entangled in a web of comedy, deceit, and mistaken identity. The script is so involved as to almost defy description.