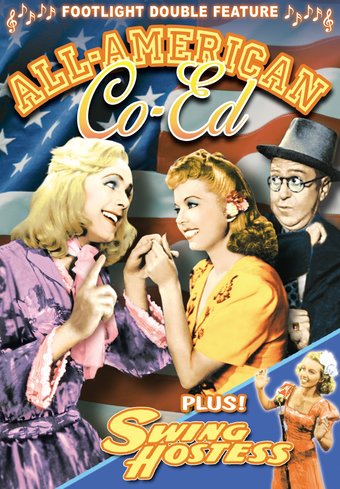 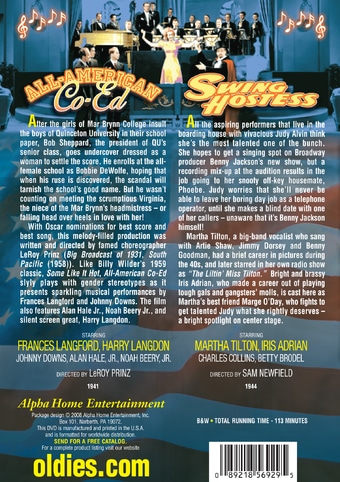 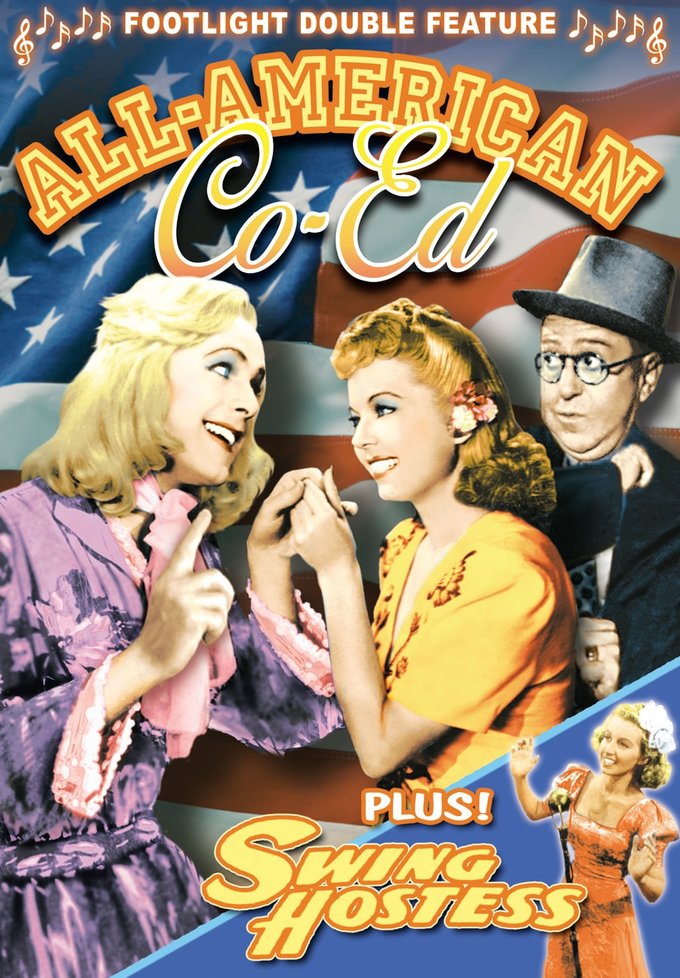 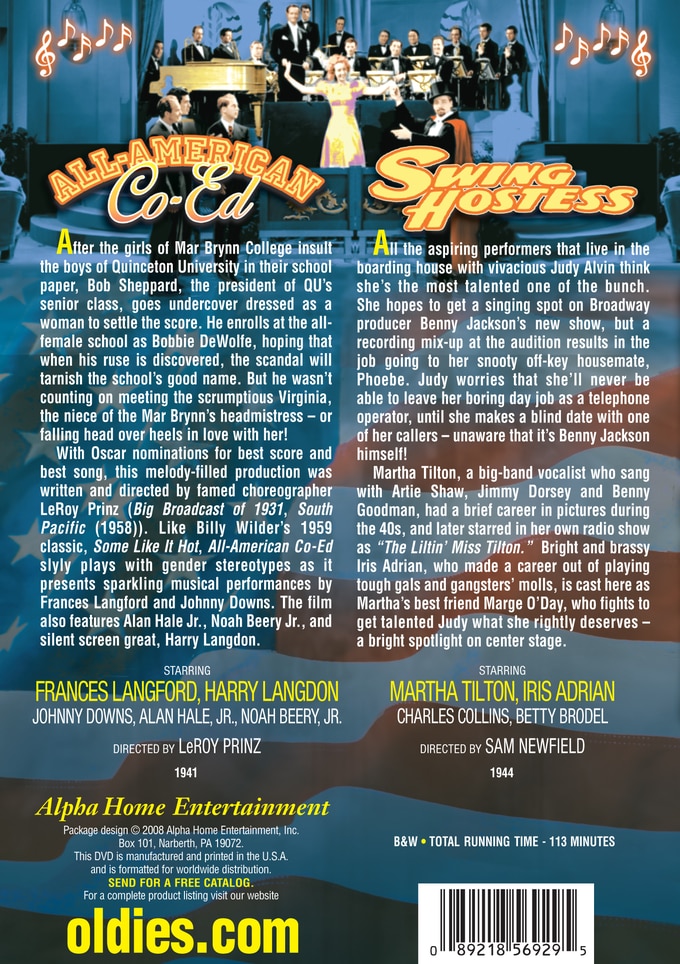 All-American Co-Ed (1941, B&W): After the girls of Mar Brynn College insult the boys of Quinceton University in their school paper, Bob Sheppard, the president of QU's senior class, goes undercover dressed as a woman to settle the score. He enrolls at the all-female school as Bobbie DeWolfe, hoping that when his ruse is discovered, the scandal will tarnish the school's good name. But he wasn't counting on meeting the scrumptious Virginia, the niece of the Mar Brynn's headmistress - or falling head over heels in love with her!

Swing Hostess (1944, B&W): All the aspiring performers that live in the boarding house with vivacious Judy Alvin think she's the most talented one of the bunch. She hopes to get a singing spot on Broadway producer Benny Jackson's new show, but a recording mix-up at the audition results in the job going to her snooty off-key housemate, Phoebe. Judy worries that she'll never be able to leave her boring day job as a telephone operator, until she makes a blind date with one of her callers - unaware that it's Benny Jackson himself!

Martha Tilton, a big-band vocalist who sang with Artie Shaw, Jimmy Dorsey and Benny Goodman, had a brief career in pictures during the 40s, and later starred in her own radio show as "The Liltin' Miss Tilton." Bright and brassy Iris Adrian, who made a career out of playing tough gals and gangsters' molls, is cast here as Martha's best friend Marge O'Day, who fights to get talented Judy what she rightly deserves - a bright spotlight on center stage.