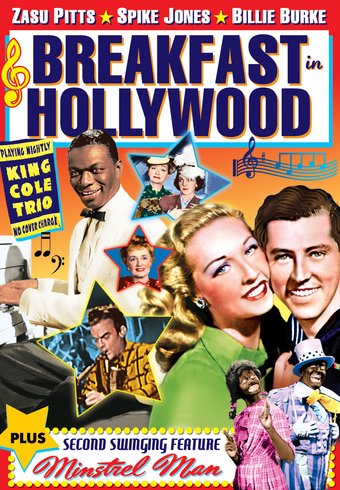 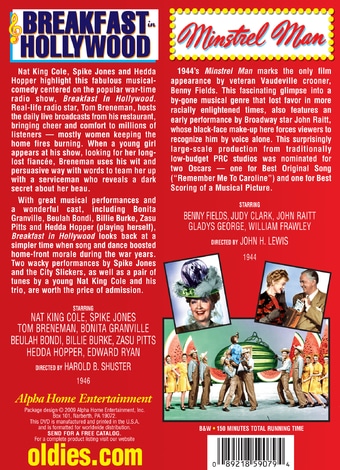 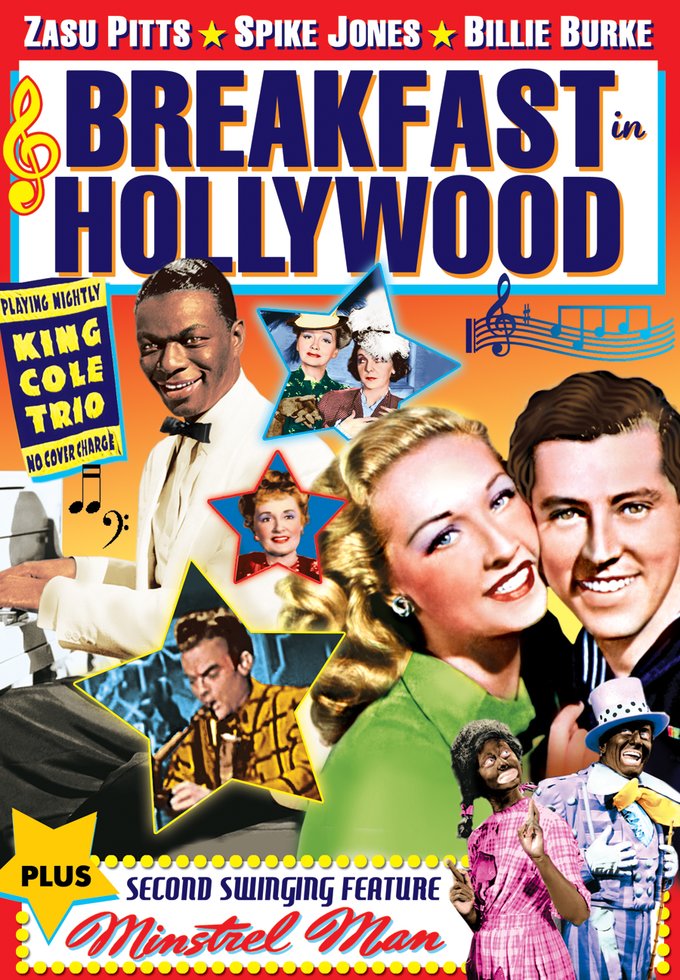 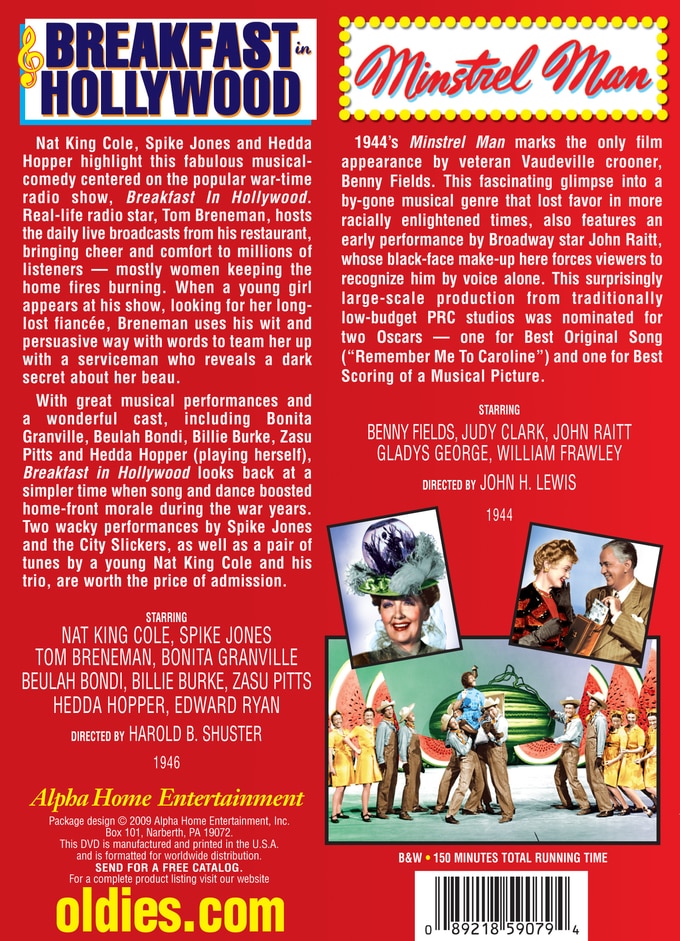 Breakfast In Hollywood (1946, B&W): Nat King Cole, Spike Jones and Hedda Hopper highlight this fabulous musical-comedy centered on the popular war-time radio show, Breakfast In Hollywood. Real-life radio star, Tom Breneman, hosts the daily live broadcasts from his restaurant, bringing cheer and comfort to millions of listeners - mostly women keeping the home fires burning. When a young girl appears at his show, looking for her long-lost fiancée, Breneman uses his wit and persuasive way with words to team her up with a serviceman who reveals a dark secret about her beau.

With great musical performances and a wonderful cast, including Bonita Granville, Beulah Bondi, Billie Burke, Zasu Pitts and Hedda Hopper (playing herself), Breakfast in Hollywood looks back at a simpler time when song and dance boosted home-front morale during the war years. Two wacky performances by Spike Jones and the City Slickers, as well as a pair of tunes by a young Nat King Cole and his trio, are worth the price of admission.

Minstrel Man (1944, B&W): 1944's Minstrel Man marks the only film appearance by veteran Vaudeville crooner, Benny Fields. This fascinating glimpse into a by-gone musical genre that lost favor in more racially enlightened times, also features an early performance by Broadway star John Raitt, whose black-face make-up here forces viewers to recognize him by voice alone. This surprisingly large-scale production from traditionally low-budget PRC studios was nominated for two Oscars - one for Best Original Song ("Remember Me To Caroline") and one for Best Scoring of a Musical Picture.

BREAKFAST IN HOLLYWOOD: This musical is based on a radio show of the 1940s.

MINSTREL MAN: A star in a minstrel show searches for his long-lost daughter in this vintage musical.