A stuffy college professor, deadset against jazz music, changes his mind after he falls in love with a beautiful big band singer. 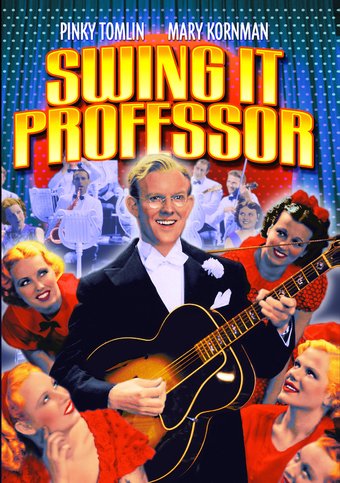 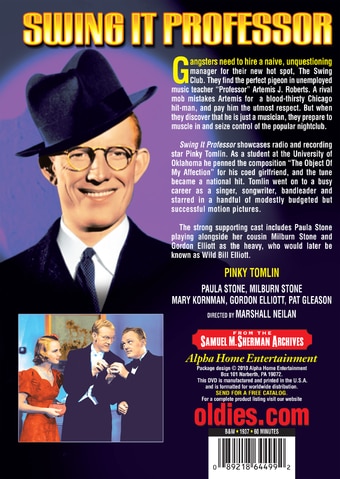 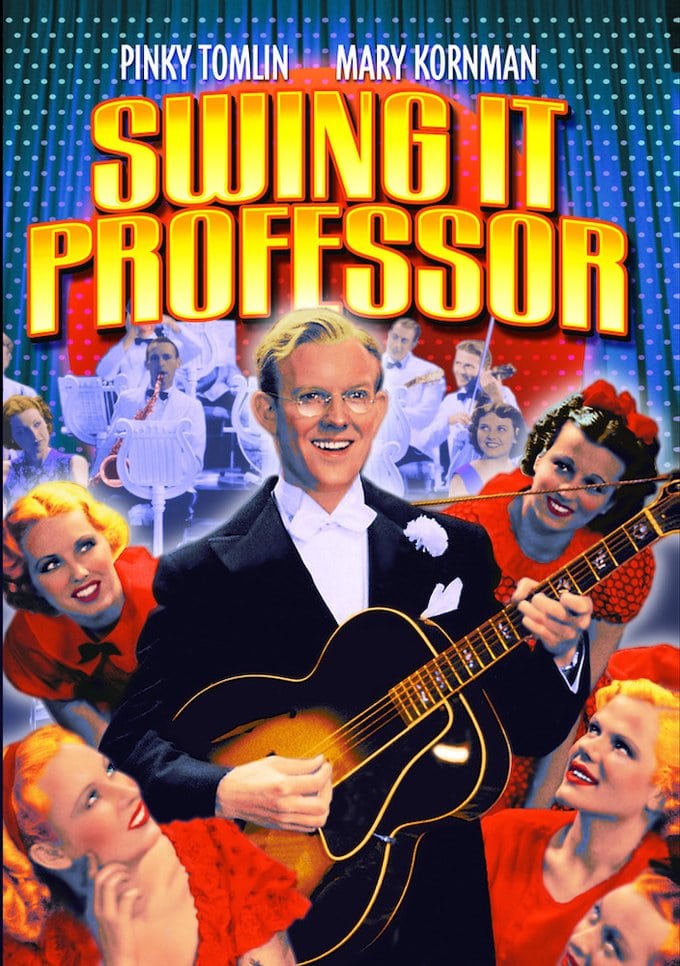 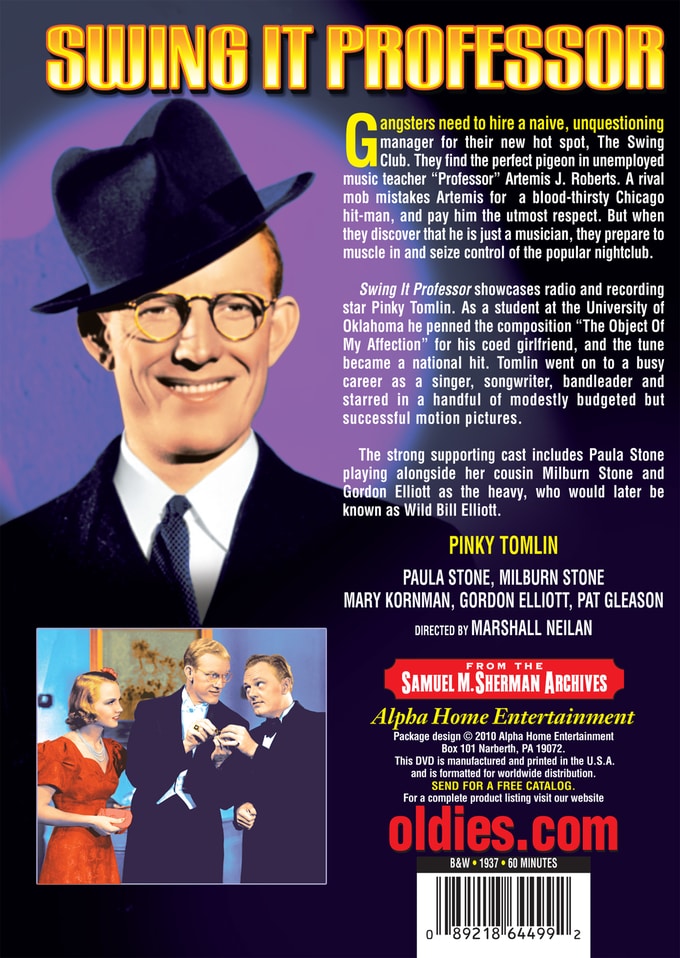 Gangsters need to hire a naive, unquestioning manager for their new hot spot, The Swing Club. They find the perfect pigeon in unemployed music teacher "Professor" Artemis J. Roberts. A rival mob mistakes Artemis for a blood-thirsty Chicago hit-man, and pay him the utmost respect. But when they discover that he is just a musician, they prepare to muscle in and seize control of the popular nightclub.

Swing It Professor showcases radio and recording star Pinky Tomlin. As a student at the University of Oklahoma he penned the composition "The Object Of My Affection" for his coed girlfriend, and the tune became a national hit. Tomlin went on to a busy career as a singer, songwriter, bandleader and starred in a handful of modestly budgeted but successful motion pictures.

The strong supporting cast includes Paula Stone playing alongside her cousin Milburn Stone and Gordon Elliott as the heavy, who would later be known as Wild Bill Elliott.

A very un-hip music professor is fired when he fails to acknowledge jazz as a legitimate form of music. Then he wanders into a jazz club, sees the light, and becomes a hep cat.