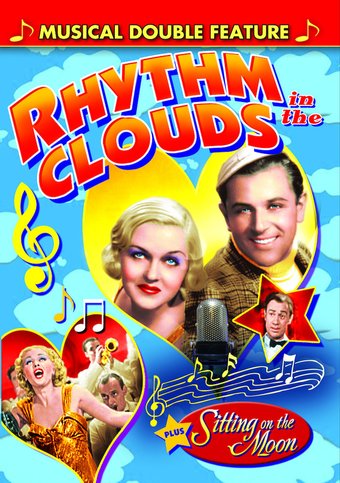 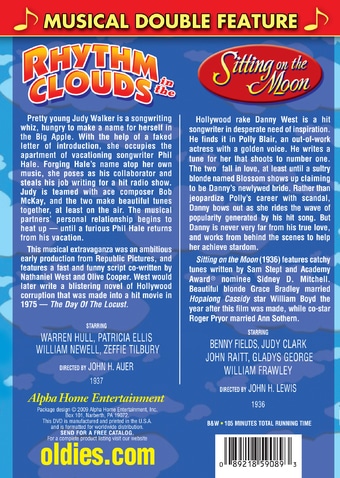 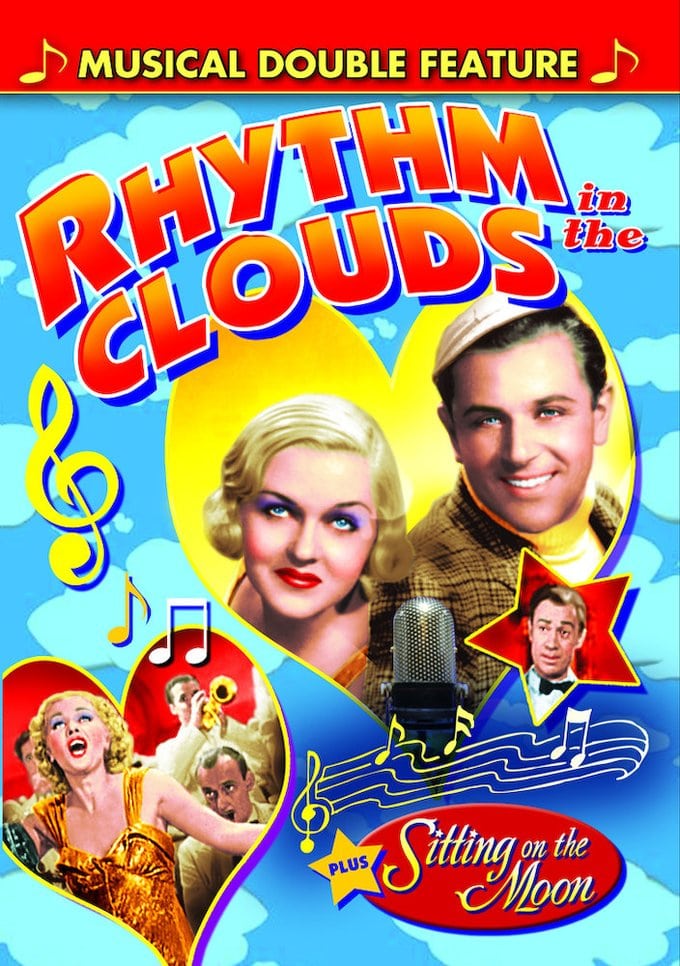 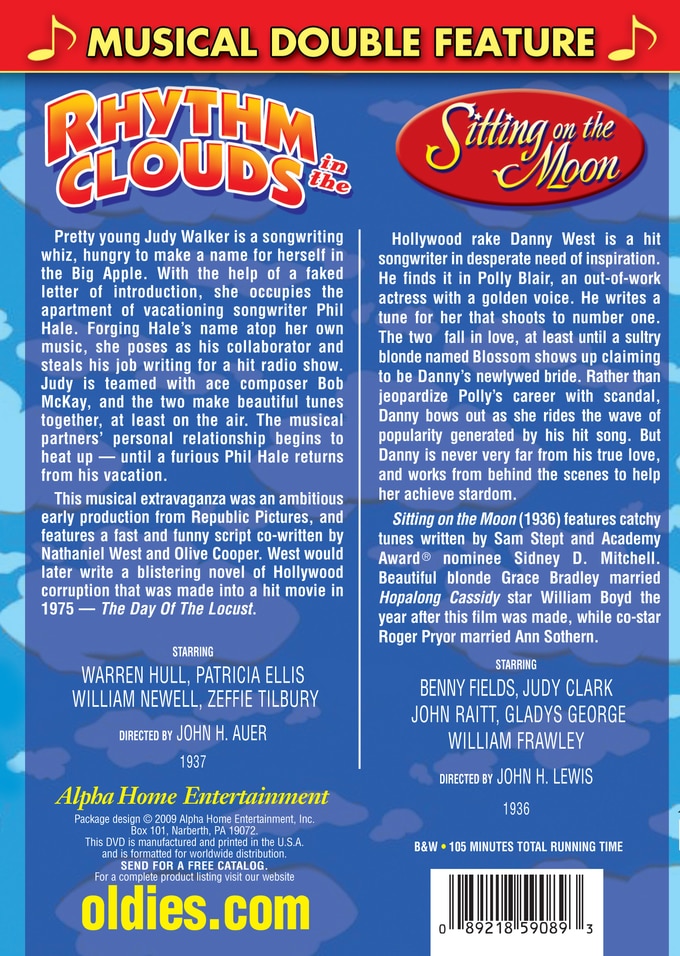 Rhythm In The Clouds (1937, B&W): Pretty young Judy Walker is a songwriting whiz, hungry to make a name for herself in the Big Apple. With the help of a faked letter of introduction, she occupies the apartment of vacationing songwriter Phil Hale. Forging Hale's name atop her own music, she poses as his collaborator and steals his job writing for a hit radio show. Judy is teamed with ace composer Bob McKay, and the two make beautiful tunes together, at least on the air. The musical partners' personal relationship begins to heat up - until a furious Phil Hale returns from his vacation.

This musical extravaganza was an ambitious early production from Republic Pictures, and features a fast and funny script co-written by Nathaniel West and Olive Cooper. West would later write a blistering novel of Hollywood corruption that was made into a hit movie in 1975 - The Day Of The Locust. Starring Warren Hull, Patricia Ellis, William Newell, Zeffie Tilbury; Directed by John H. Auer.

Sitting On The Moon (1936, B&W): Hollywood rake Danny West is a hit songwriter in desperate need of inspiration. He finds it in Polly Blair, an out-of-work actress with a golden voice. He writes a tune for her that shoots to number one. The two fall in love, at least until a sultry blonde named Blossom shows up claiming to be Danny's newlywed bride. Rather than jeopardize Polly's career with scandal, Danny bows out as she rides the wave of popularity generated by his hit song. But Danny is never very far from his true love, and works from behind the scenes to help her achieve stardom.