Soldiers are on a deadly mission to destroy a North Korean fortress. / A squadrom of soldiers face mortal danger behind enemy German lines. 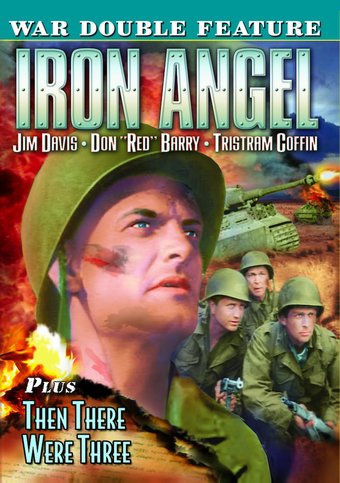 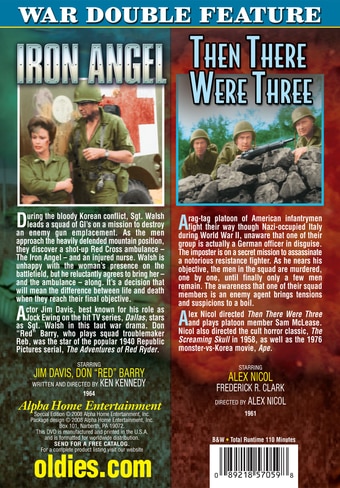 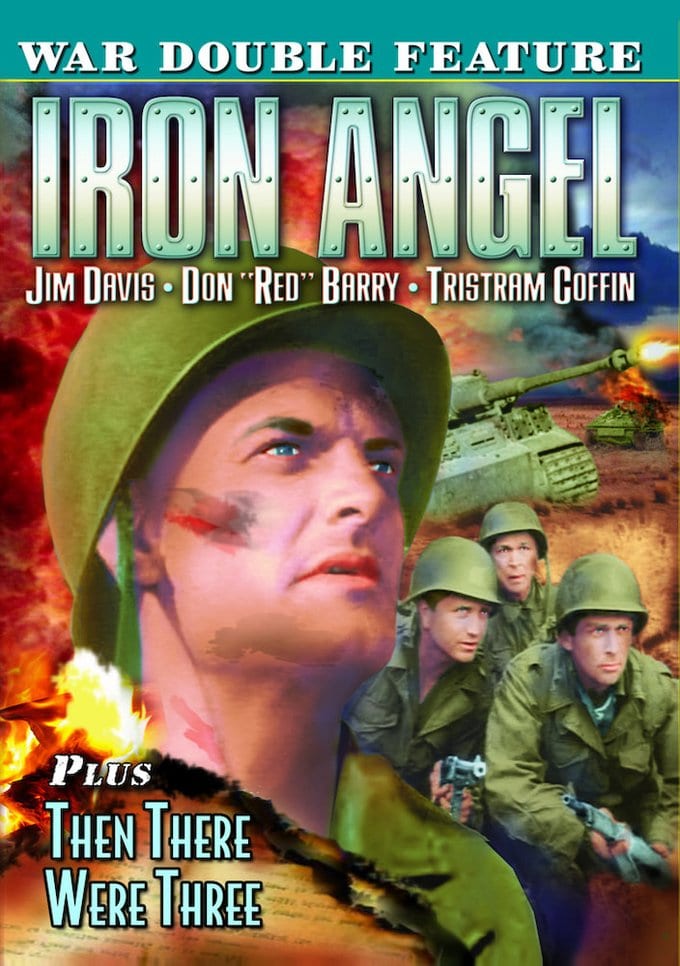 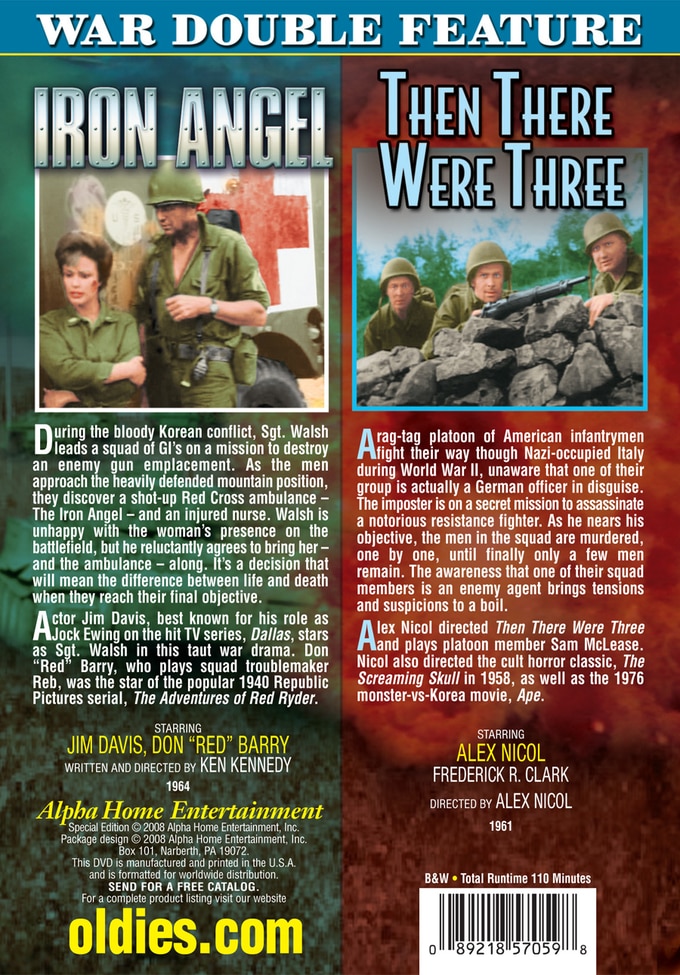 Iron Angel (1964, B&W): During the bloody Korean conflict, Sgt. Walsh leads a squad of GI's on a mission to destroy an enemy gun emplacement. As the men approach the heavily defended mountain position, they discover a shot-up Red Cross ambulance - The Iron Angel - and an injured nurse. Walsh is unhappy with the woman's presence on the battlefield, but he reluctantly agrees to bring her - and the ambulance - along. It's a decision that will mean the difference between life and death when they reach their final objective.

Actor Jim Davis, best known for his role as Jock Ewing on the hit TV series, "Dallas," stars as Sgt. Walsh in this taut war drama. Don "Red" Barry, who plays squad troublemaker Reb, was the star of the popular 1940 Republic Pictures serial, The Adventures of Red Ryder.

Then There Were Three(1961, B&W): A rag-tag platoon of American infantrymen fight their way though Nazi-occupied Italy during World War II, unaware that one of their group is actually a German officer in disguise. The imposter is on a secret mission to assassinate a notorious resistance fighter. As he nears his objective, the men in the squad are murdered, one by one, until finally only a few men remain. The awareness that one of their squad members is an enemy agent brings tensions and suspicions to a boil.

Alex Nicol directed Then There Were Three and plays platoon member Sam McLease. Nicol also directed the cult horror classic, The Screaming Skull in 1958, as well as the 1976 monster-vs-Korea movie, Ape.

Action | Adventure | War
This product is made-on-demand by the manufacturer using DVD-R recordable media. Almost all DVD players can play DVD-Rs (except for some older models made before 2000) - please consult your owner's manual for formats compatible with your player. These DVD-Rs may not play on all computers or DVD player/recorders. To address this, the manufacturer recommends viewing this product on a DVD player that does not have recording capability.