One of Our Aircraft Is Missing!

When the Nazis shoot down a British bomber, its crew seek help from the Dutch underground. An all time classic WWII epic. 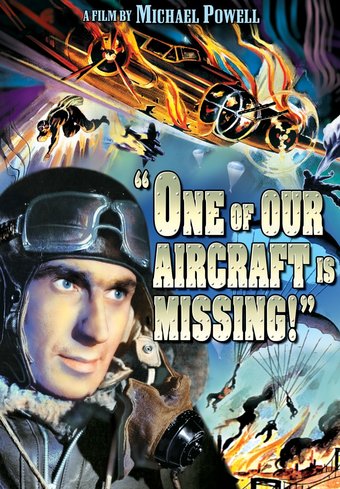 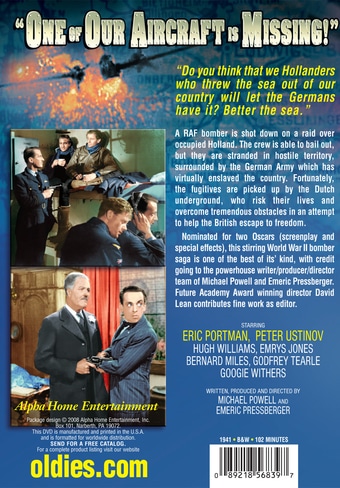 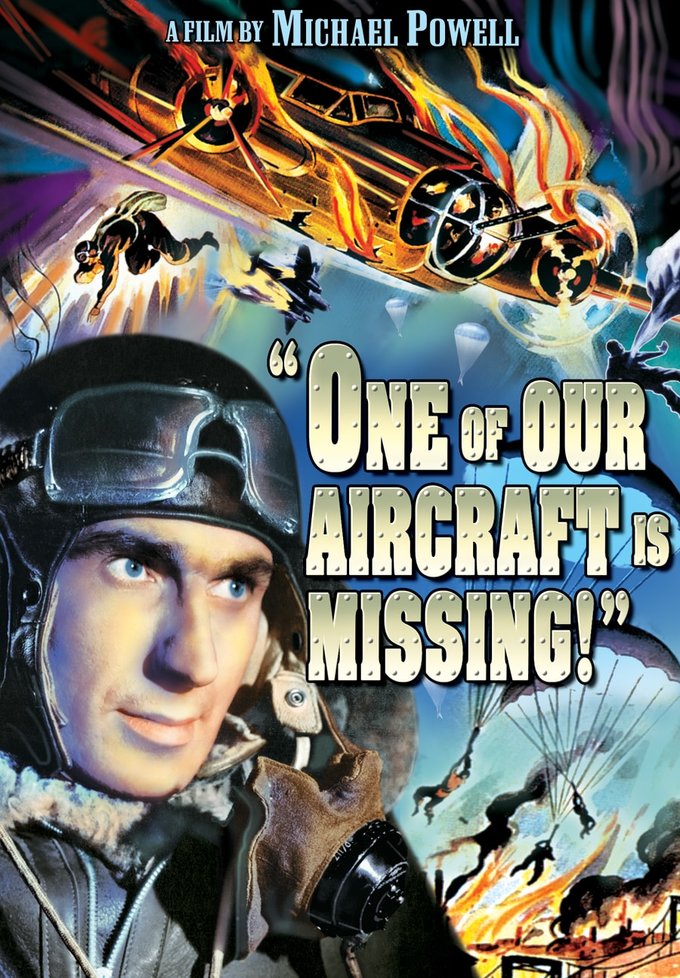 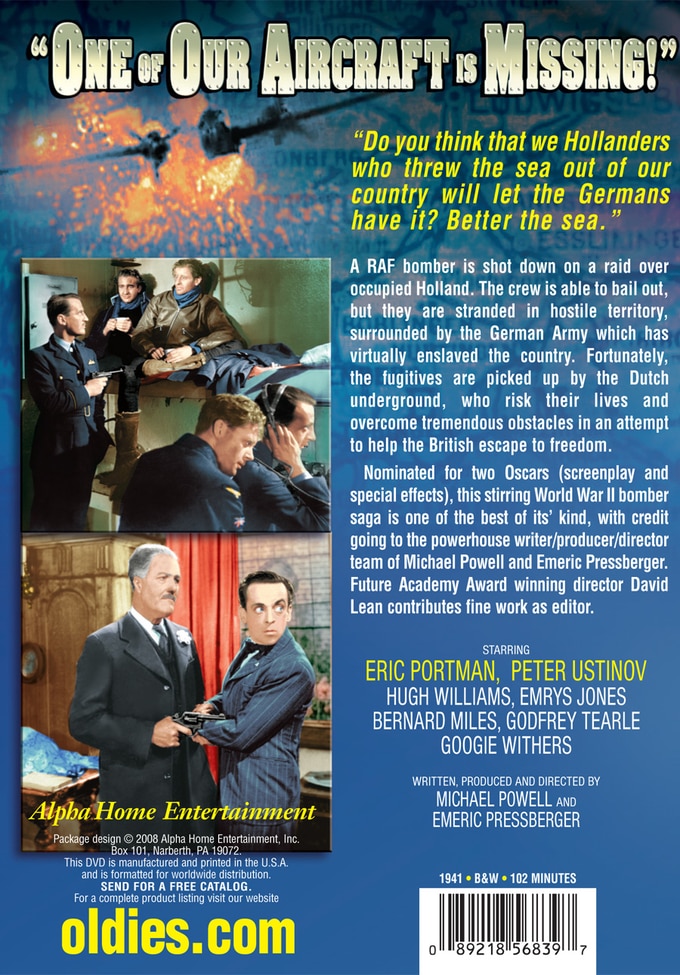 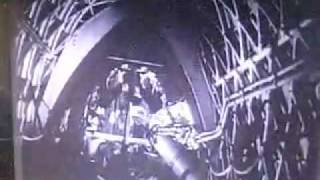 A RAF bomber is shot down on a raid over occupied Holland. The crew is able to bail out, but they are stranded in hostile territory, surrounded by the German Army which has virtually enslaved the country. Fortunately, the fugitives are picked up by the Dutch underground, who risk their lives and overcome tremendous obstacles in an attempt to help the British escape to freedom.

Nominated for two Oscars (screenplay and special effects), this stirring World War II bomber saga is one of the best of its' kind, with credit going to the powerhouse writer/producer/director team of Michael Powell and Emeric Pressberger. Future Academy Award winning director David Lean contributes fine work as editor.

After being shot down over Nazi occupied Holland, an RAF bomber crew attempt to make their way back to England. A well made British production. Academy Award Nominations: Best Original Screenplay, Best Special Effects.

Action | British | Thriller | War | World War II | Recommended
This product is made-on-demand by the manufacturer using DVD-R recordable media. Almost all DVD players can play DVD-Rs (except for some older models made before 2000) - please consult your owner's manual for formats compatible with your player. These DVD-Rs may not play on all computers or DVD player/recorders. To address this, the manufacturer recommends viewing this product on a DVD player that does not have recording capability.

Flight of the Intruder (Blu-ray)
$15.40 Super Savings
Add to Cart

Customer Rating:
Based on 2646 ratings.


I saw this movie originally on AMC back when they were THE go-to channel for quality uncolorized and commercial-free movies. I expected a typical propaganda-type early war movie, replete with stereotypes - but I was pleasantly surprised by its quality in story line, acting and most noticeably (for me) its cinematography. I can't say enough about this movie, and about how you really ought to have a copy - you'll want to watch it more than once!


You're in for a rare treat when you watch this film. It's a definite step above other similar type films. Look for a skinny Peter Ustinov as the parish priest in what might have been his first film (or one of his first). Yes, it was made during the early days of WWII and the good guys are good guys and the Dutch underground is filled with heroic men and attractive women and the Germans are all dumb Nazis, easily hoodwinked or outwitted, but it's well worth watching thanks to a good story, good dialogue, and some exciting moments. Being nomintaed for 2 Oscras has got to mean something as well.