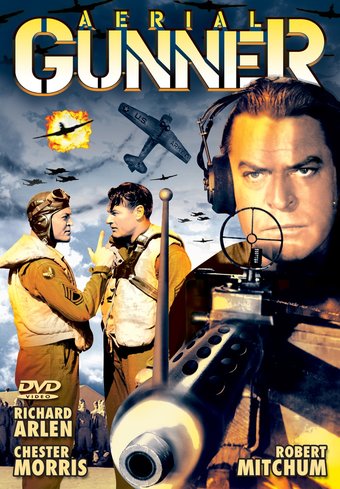 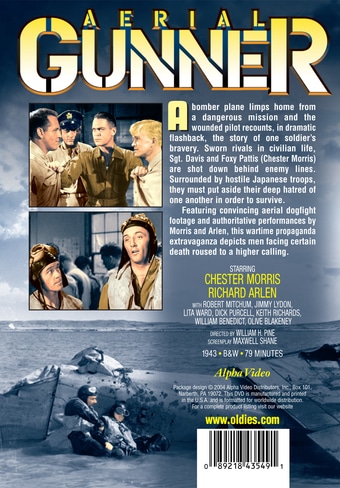 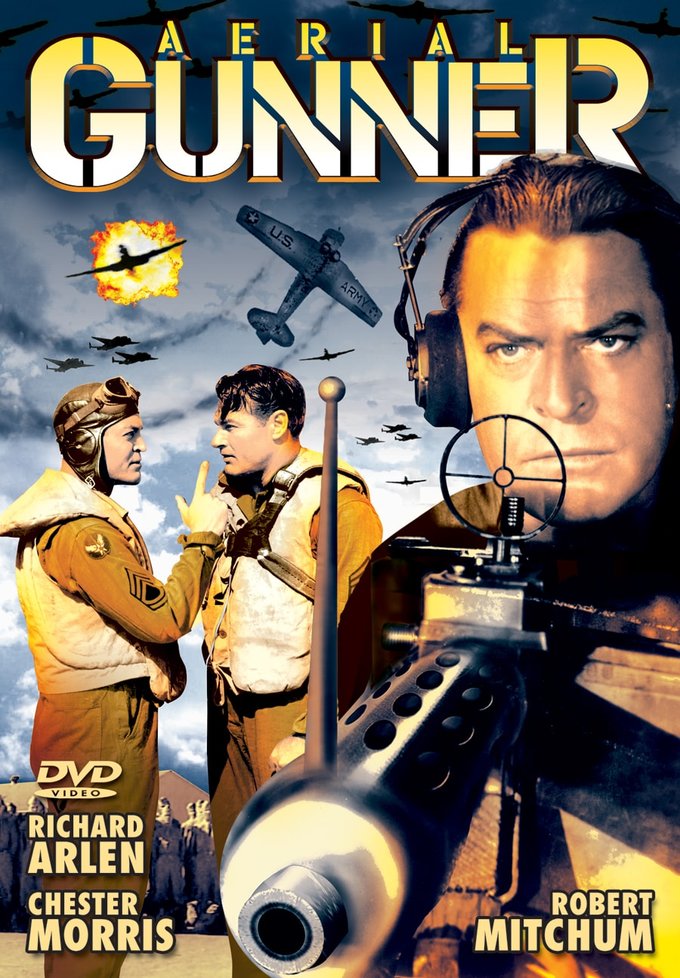 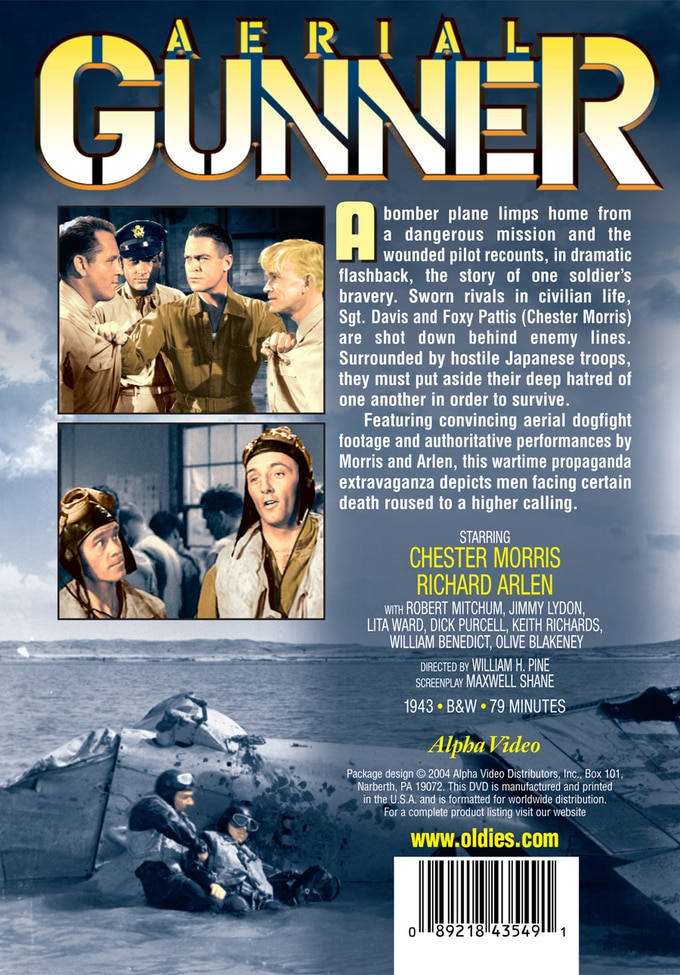 A bomber plane limps home from a dangerous mission and the wounded pilot recounts, in dramatic flashback, the story of one soldier's bravery. Sworn rivals in civilian life, Sgt. Davis and Foxy Pattis (Chester Morris) are shot down behind enemy lines. Surrounded by hostile Japanese troops, they must put aside their deep hatred of one another in order to survive. Featuring convincing aerial dogfight footage and authoritative performances by Morris and Arlen, this wartime propaganda extravaganza depicts men facing certain death roused to a higher calling.

An aerial gunner recounts his days fighting in the South Pacific. During the war, the gunner and his sergeant were competing for the same woman. But when they crash-landed on an island infested with Japanese forces, they were forced to work together as they struggled to repair their plane and fight their enemy.

Action | War | World War II
This product is made-on-demand by the manufacturer using DVD-R recordable media. Almost all DVD players can play DVD-Rs (except for some older models made before 2000) - please consult your owner's manual for formats compatible with your player. These DVD-Rs may not play on all computers or DVD player/recorders. To address this, the manufacturer recommends viewing this product on a DVD player that does not have recording capability.

Customer Rating:
Based on 400 ratings.


A pretty good early WW II film. The plot's a litle tough to swaallow - especially taking off with a US bomber from a Japanese occupied island
,but all in all, it's OK. Robert Miutchum's named on the box and he's in it for about 3 minutes but don't look for his name in the opening credits.

likeable and different WWII drama Movie Lover: call me Z from somewhere out there -- May, 12, 2006


An ex-D.A. named Davis enlists to fight WWII and finds himself in gunnery school to learn to handle machine guns on bombers. To his dismay, his instructor is Foxy Pattis, a guy who hates his guts because he blames him for his father's suicide. Foxy stays on Davis's case and tries to flunk him out, but Davis is too dedicated and even saves Foxy's life when he's knocked out aboard a runaway target-towing train. To make matters worse, Foxy and Davis both want the same girl, and Foxy intends to marry her. While their rivalry plays out, there are little sub-anecdotes, such as a kid with personal reasons for wanting to be a gunner getting cold feet, some comedic bits with a gadget-happy would-be inventor, and Foxy betting enough money for a wedding ring that his guys score better than Robert Mitchum's (who's in the movie for all of about 30 seconds but still manages to grab star billing on DVDs of the movie nowdays). It mostly focuses on gunnery school but still manages to fit in plenty of action, including some decent (if too brief) aerial combat at the end. It's propaganda and doesn't have much of a budget, but I've seen it several times and it's always entertaining. The major drawback is that our two stars (Richard Arlen and Chester Morris) look too much alike, sometimes creating a little confusion.