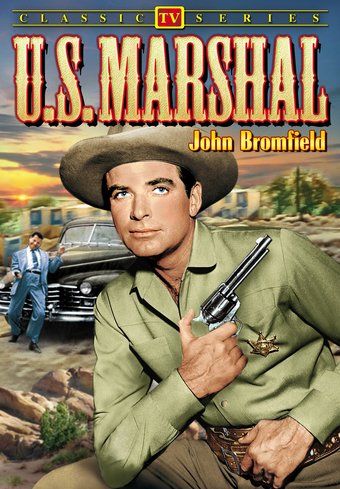 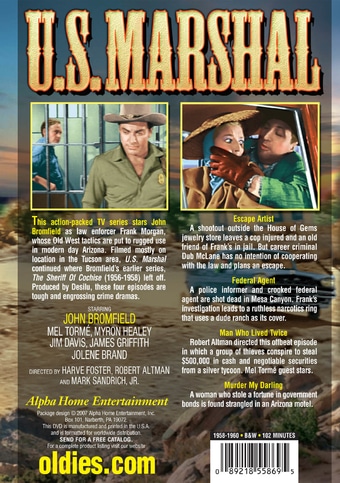 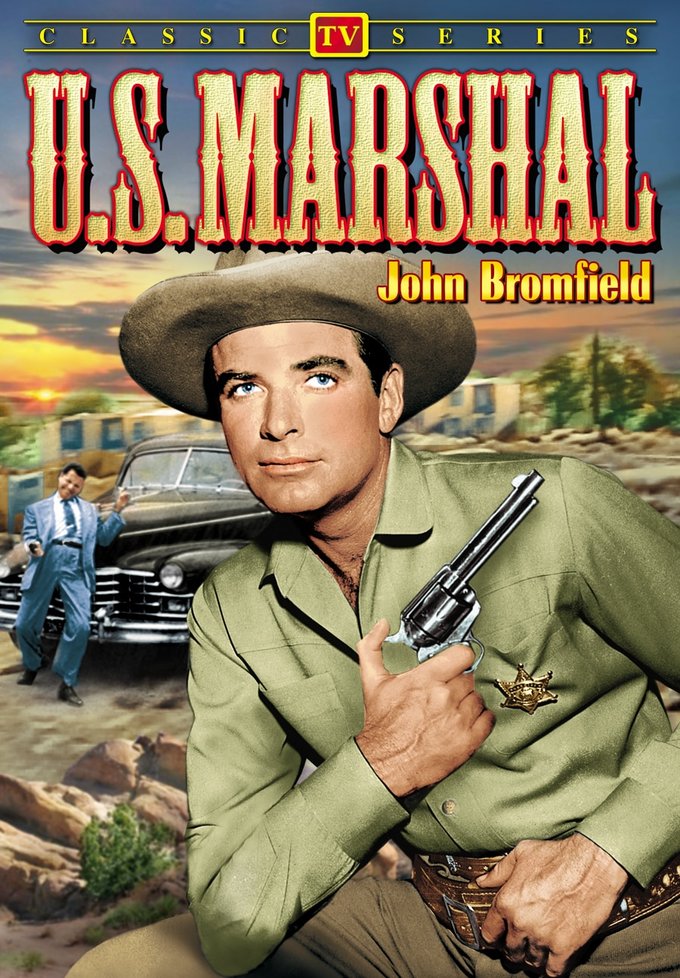 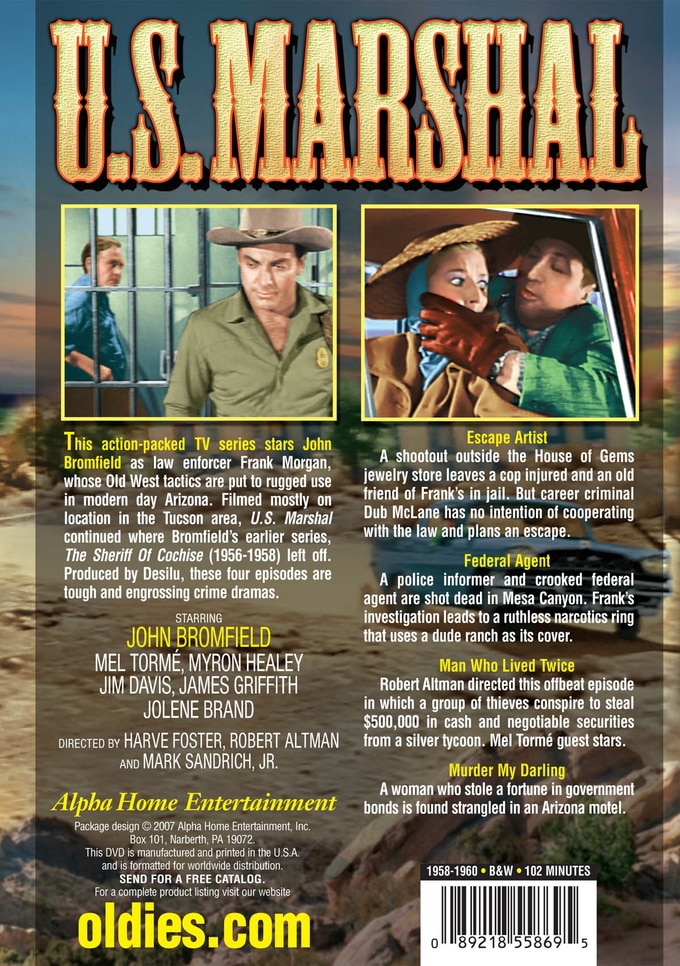 This action-packed TV series stars John Bromfield as law enforcer Frank Morgan, whose Old West tactics are put to rugged use in modern day Arizona. Filmed mostly on location in the Tucson area, "U.S. Marshal" continued where Bromfield's earlier series, "The Sheriff Of Cochise" (1956-1958) left off. Produced by Desilu, these four episodes are tough and engrossing crime dramas.

Escape Artist: A shootout outside the House of Gems jewelry store leaves a cop injured and an old friend of Frank's in jail. But career criminal Dub McLane has no intention of cooperating with the law and plans an escape.

Federal Agent: A police informer and crooked federal agent are shot dead in Mesa Canyon. Frank's investigation leads to a ruthless narcotics ring that uses a dude ranch as its cover.

Man Who Lived Twice: Robert Altman directed this offbeat episode in which a group of thieves conspire to steal $500,000 in cash and negotiable securities from a silver tycoon. Mel Torme guest stars.

Murder My Darling: A woman who stole a fortune in government bonds is found strangled in an Arizona motel.

Action | Adventure | Cowboys | Crime | Television Shows | Television / TV Series
This product is made-on-demand by the manufacturer using DVD-R recordable media. Almost all DVD players can play DVD-Rs (except for some older models made before 2000) - please consult your owner's manual for formats compatible with your player. These DVD-Rs may not play on all computers or DVD player/recorders. To address this, the manufacturer recommends viewing this product on a DVD player that does not have recording capability.