Four action-packed episodes of this pulling-no-punches modern Western classic, including three directed by Robert Altman before he broke into motion pictures. 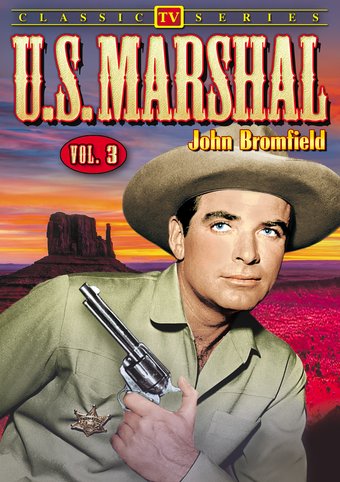 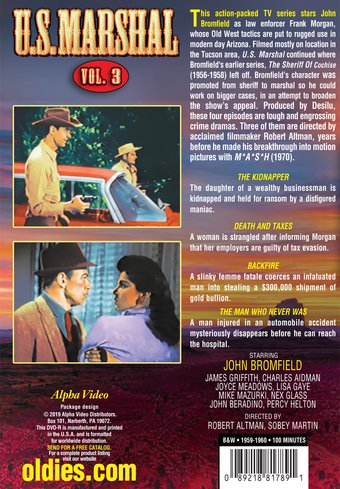 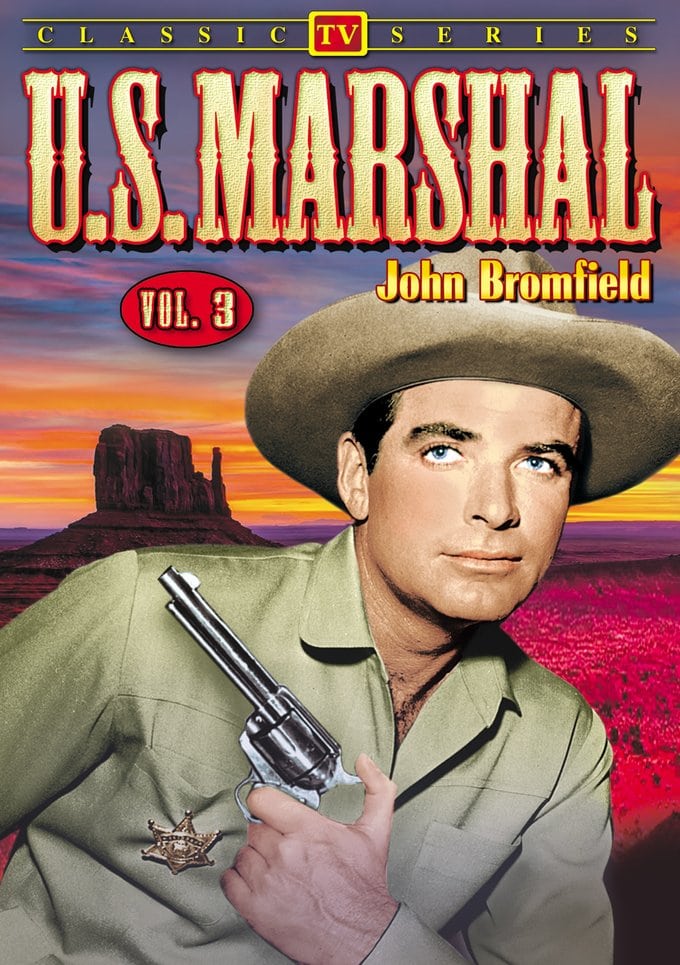 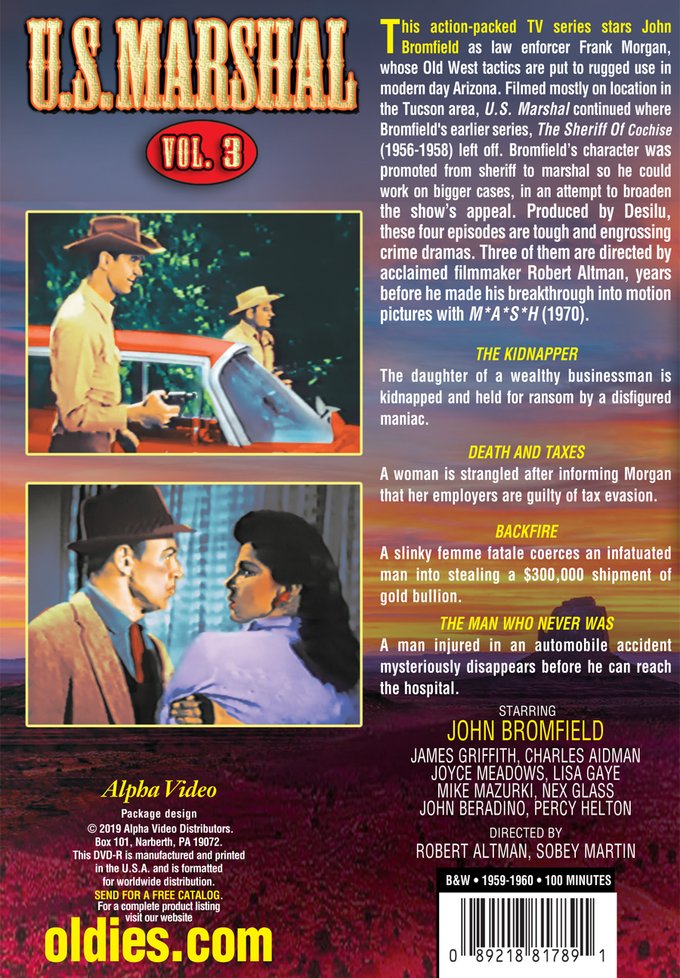 This action-packed TV series stars John Bromfield as law enforcer Frank Morgan, whose Old West tactics are put to rugged use in modern day Arizona. Filmed mostly on location in the Tucson area, U.S. Marshal continued where Bromfield's earlier series, The Sheriff Of Cochise (1956-1958) left off. Bromfield's character was promoted from sheriff to marshal so he could work on bigger cases, in an attempt to broaden the show's appeal. Produced by Desilu, these four episodes are tough and engrossing crime dramas. Three of them are directed by acclaimed filmmaker Robert Altman, years before he made his breakthrough into motion pictures with M*A*S*H (1970).

THE KIDNAPPER: The daughter of a wealthy businessman is kidnapped and held for ransom by a disfigured maniac.

DEATH AND TAXES: A woman is strangled after informing Morgan that her employers are guilty of tax evasion.

BACKFIRE: A slinky femme fatale coerces an infatuated man into stealing a $300,000 shipment of gold bullion.

THE MAN WHO NEVER WAS: A man injured in an automobile accident mysteriously disappears before he can reach the hospital.