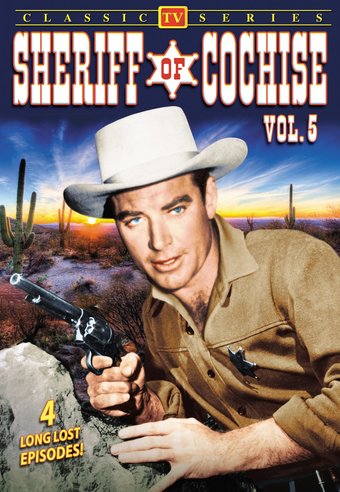 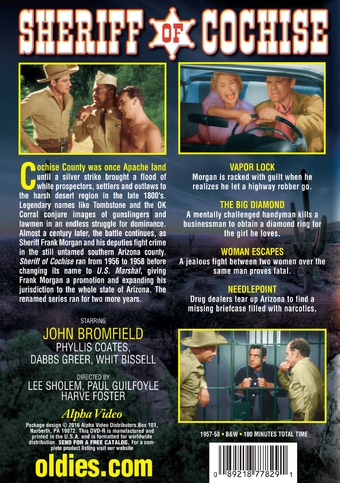 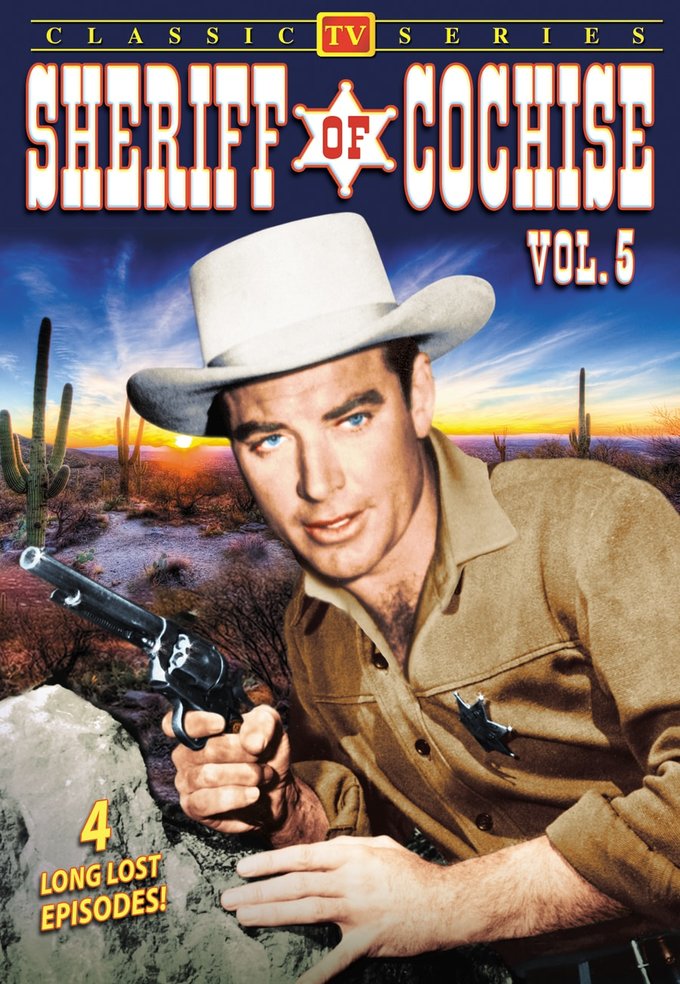 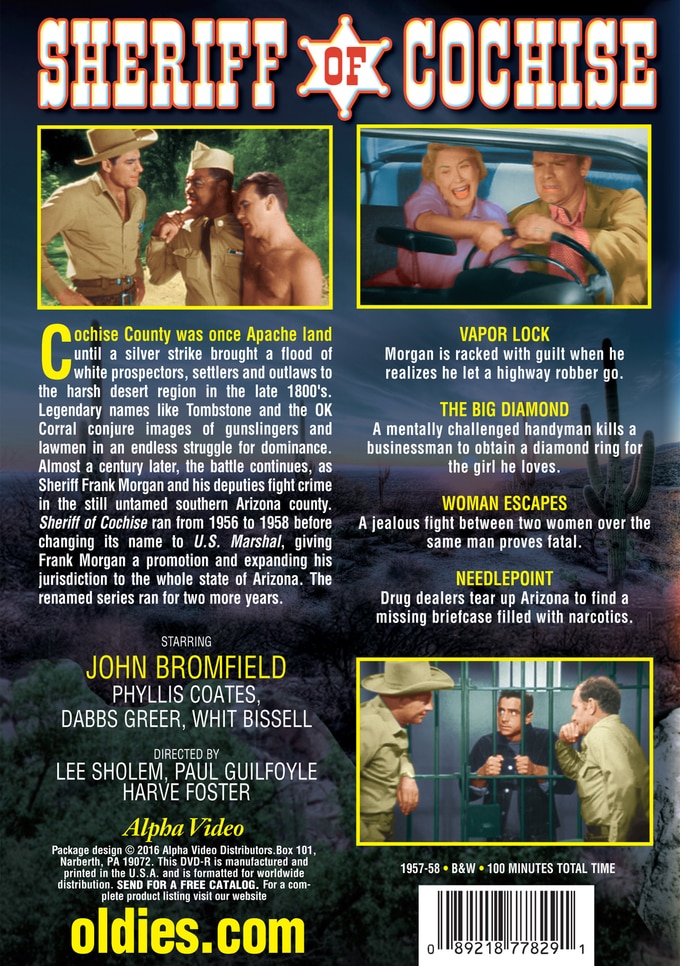 Cochise County was once Apache land, until a silver strike brought a flood of white prospectors, settlers and outlaws to the harsh desert region in the late 1800's. Legendary names like Tombstone and the OK Corral conjure images of gunslingers and lawmen in an endless struggle for dominance. Almost a century later, the battle continues, as Sheriff Frank Morgan and his deputies fight crime in the still untamed southern Arizona county. Sheriff of Cochise ran from 1956 to 1958 before changing its name to U.S. Marshal, giving Frank Morgan a promotion and expanding his jurisdiction to the whole state of Arizona. The renamed series ran for two more years.

VAPOR LOCK: Morgan is racked with guilt when he realizes he let a highway robber go.

THE BIG DIAMOND: A mentally challenged handyman kills a businessman to obtain a diamond ring for the girl he loves.