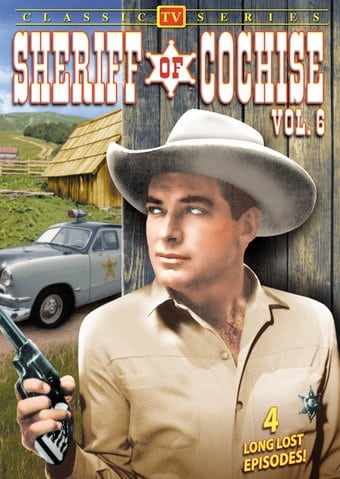 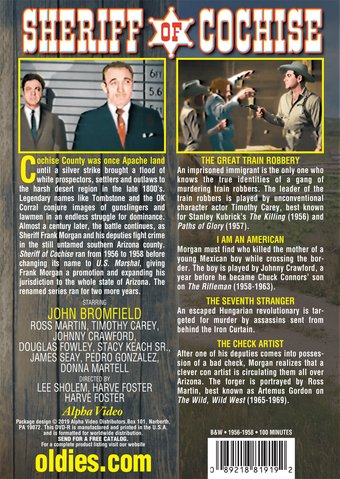 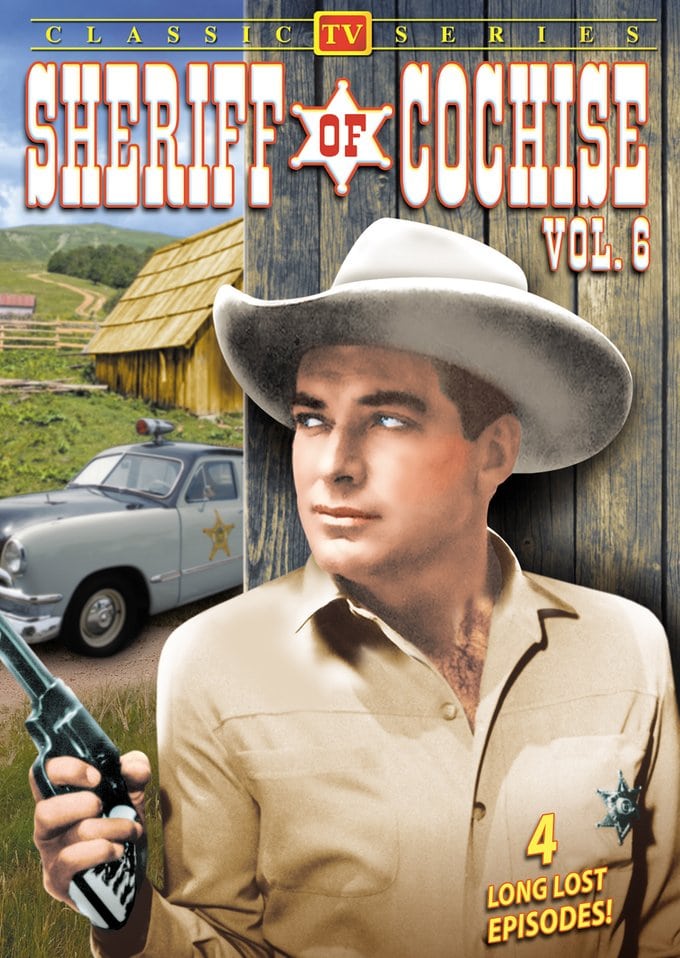 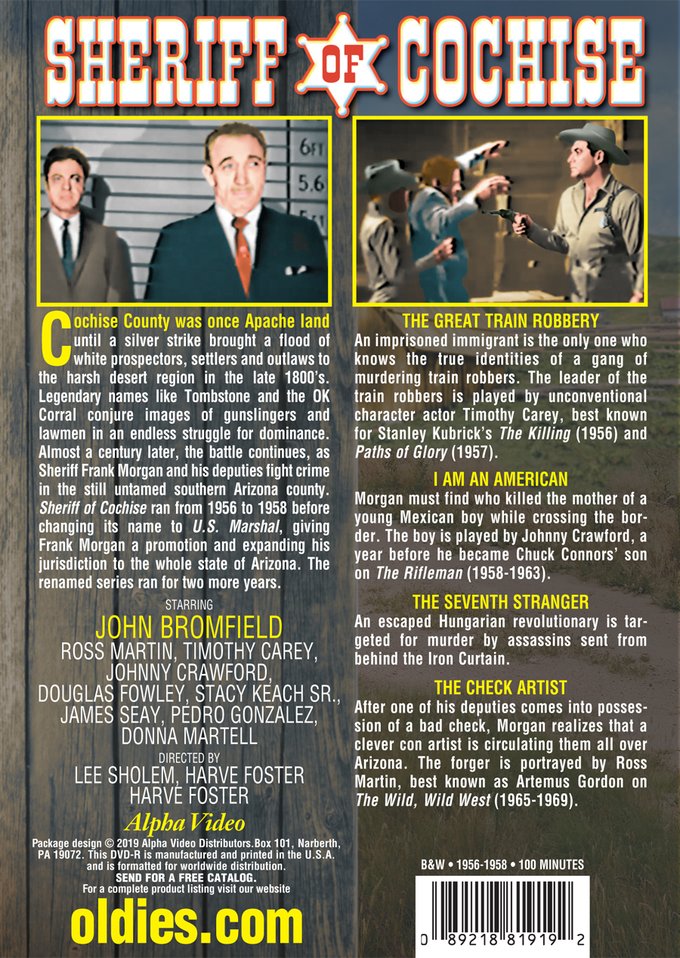 Cochise County was once Apache land, until a silver strike brought a flood of white prospectors, settlers and outlaws to the harsh desert region in the late 1800's. Legendary names like Tombstone and the OK Corral conjure images of gunslingers and lawmen in an endless struggle for dominance. Almost a century later, the battle continues, as Sheriff Frank Morgan and his deputies fight crime in the still untamed southern Arizona county. Sheriff of Cochise ran from 1956 to 1958 before changing its name to U.S. Marshal, giving Frank Morgan a promotion and expanding his jurisdiction to the whole state of Arizona. The renamed series ran for two more seasons.

THE GREAT TRAIN ROBBERY: An imprisoned immigrant is the only one who knows the true identities of a gang of murdering train robbers. The leader of the train robbers is played by unconventional character actor Timothy Carey, best known for Stanley Kubrick's The Killing (1956) and Paths of Glory (1957).

I AM AN AMERICAN: Morgan must find who killed the mother of a young Mexican boy while crossing the border. The boy is played by Johnny Crawford, a year before he became Chuck Connors' son on The Rifleman (1958-1963).

THE SEVENTH STRANGER: An escaped Hungarian revolutionary is targeted for murder by assassins sent from behind the Iron Curtain.

THE CHECK ARTIST: After one of his deputies comes into possession of a bad check, Morgan realizes that a clever con artist is circulating them all over Arizona. The forger is portrayed by Ross Martin, best known as Artemus Gordon on The Wild, Wild West (1965-1969).