Four lost episodes of the television classic, "Sheriff of Cochise." 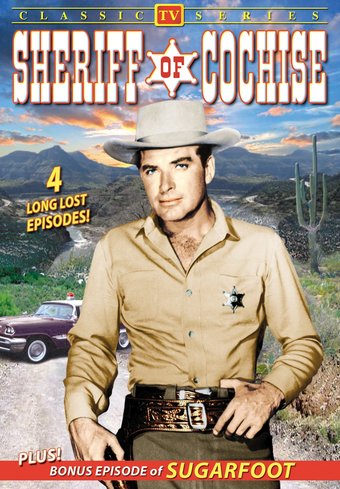 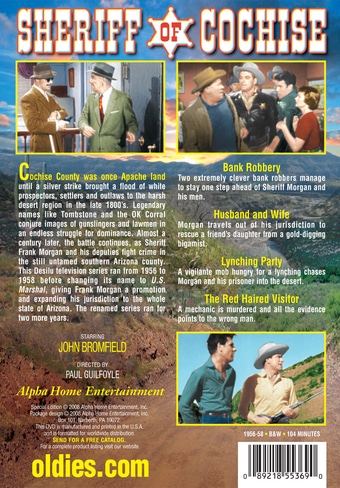 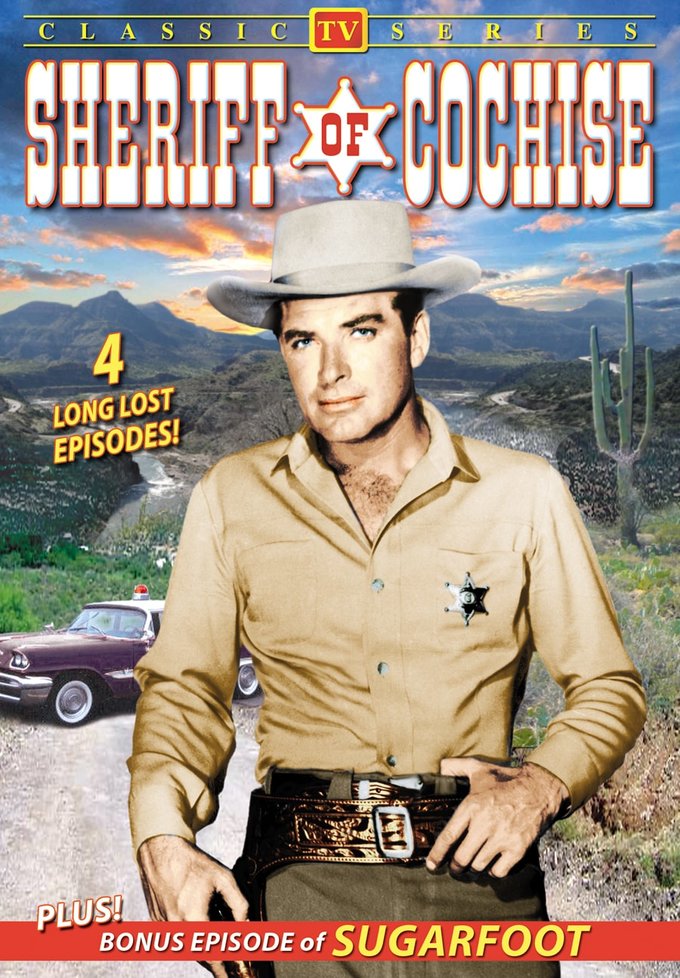 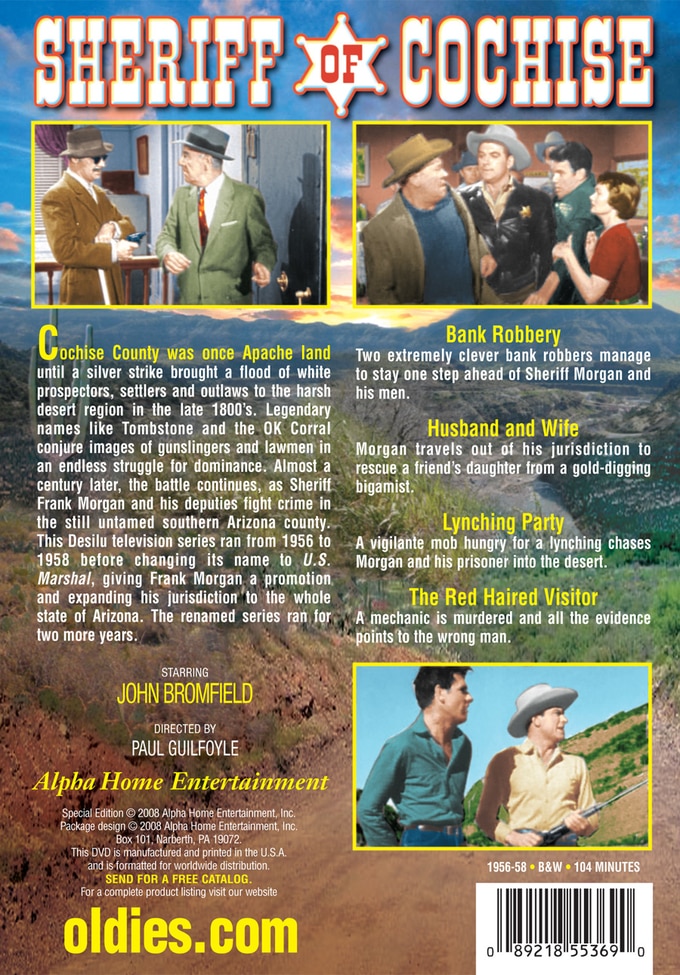 Cochise County was once Apache land until a silver strike brought a flood of white prospectors, settlers and outlaws to the harsh desert region in the late 1800's. Legendary names like Tombstone and the OK Corral conjure images of gunslingers and lawmen in an endless struggle for dominance. Almost a century later, the battle continues, as Sheriff Frank Morgan and his deputies fight crime in the still untamed southern Arizona county. This Desilu television series ran from 1956 to 1958 before changing its name to "U.S. Marshal," giving Frank Morgan a promotion and expanding his jurisdiction to the whole state of Arizona. The renamed series ran for two more years.

Bank Robbery: Two extremely clever bank robbers manage to stay one step ahead of Sheriff Morgan and his men.

Husband and Wife: Morgan travels out of his jurisdiction to rescue a friend's daughter from a gold-digging bigamist.

Lynching Party: A vigilante mob hungry for a lynching chases Morgan and his prisoner into the desert.

The Red Haired Visitor: A mechanic is murdered and all the evidence points to the wrong man.

Includes a BONUS EPISODE of the TV show, "Sugarfoot."

Classic | Cowboys | Outlaws | Television Shows
This product is made-on-demand by the manufacturer using DVD-R recordable media. Almost all DVD players can play DVD-Rs (except for some older models made before 2000) - please consult your owner's manual for formats compatible with your player. These DVD-Rs may not play on all computers or DVD player/recorders. To address this, the manufacturer recommends viewing this product on a DVD player that does not have recording capability.


When i first stated to watch i was very surprised to see just how well the stories are written and the acting was excellent by all the cast.


This forgotten TV show shows its Desilu roots. In a few years they would produce the classic TV show "The Untouchables" and the same ingrediants that made that show a sucess are here: tight scripts, obvious good vs evil and a tough straight arrow lead, here played by John Bromfield. Some familiar faces are here as guests: Stanley (Star Trek's "Trouble WIth Tribbles") Adams, the "Dukes of Hazards' James Best, and Gloria ("I Married a Monster From Outer Space") Talbott. Its worth a look.
As an added bonus, ALpha has added an episode of the "Sugarfoot" TV show. Part of the Warner Brothers western lineup from the late 1950s (Cheyenne-Maverick-Bronco-etc), the brothers Warner have beem rather miserly in thier DVD releases and I believe this is the only example of "Sugarfoot" available on DVD.