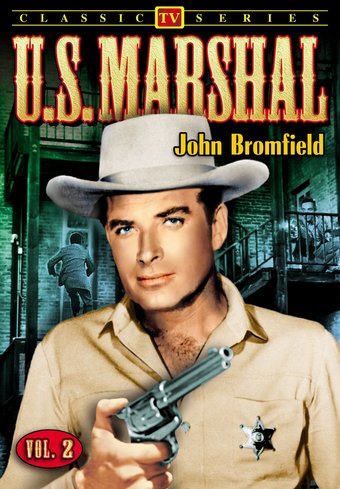 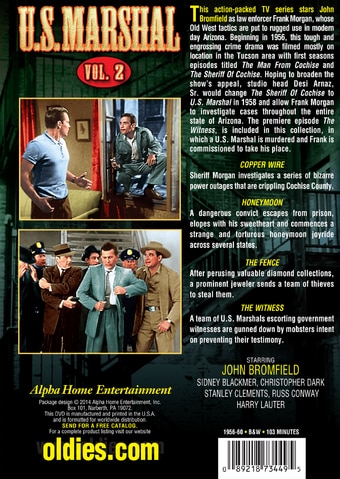 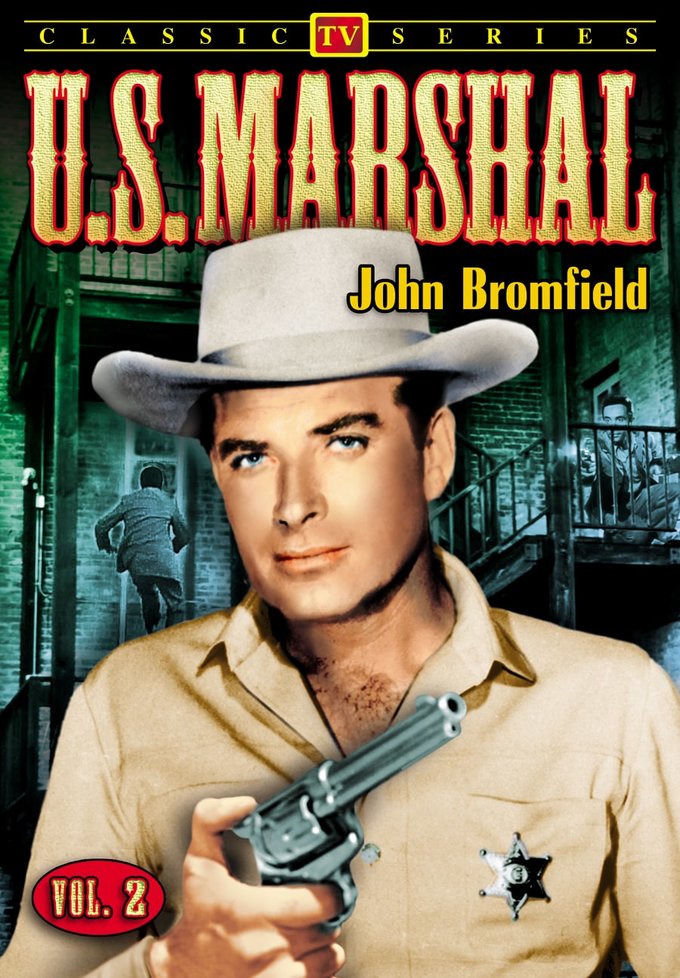 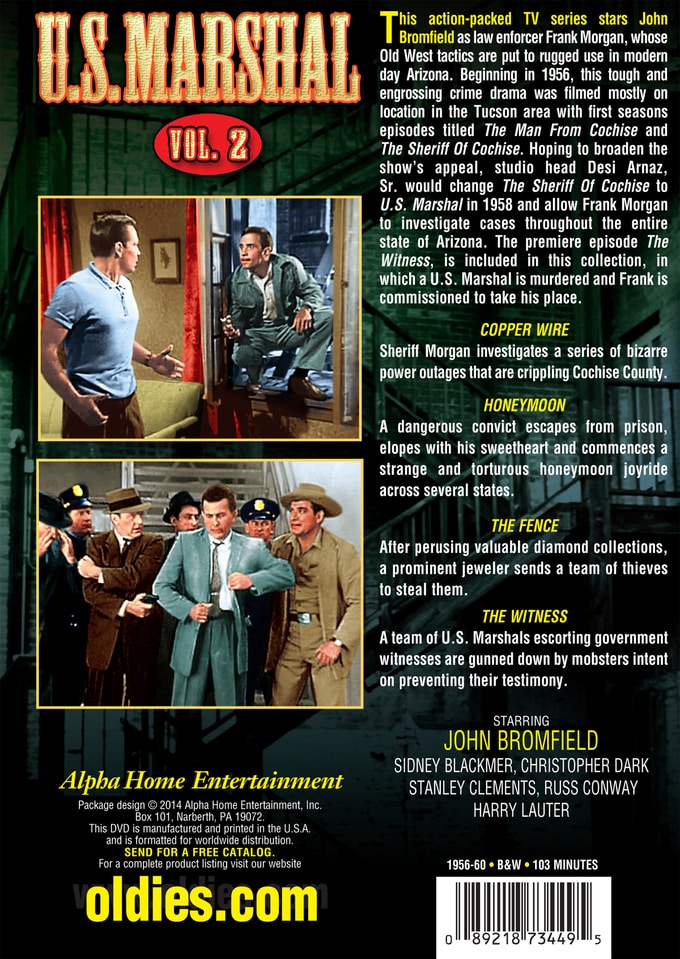 This action-packed TV series stars John Bromfield as law enforcer Frank Morgan, whose Old West tactics are put to rugged use in modern day Arizona. Beginning in 1956, this tough and engrossing crime drama was filmed mostly on location in the Tucson area with first seasons episodes titled "The Man From Cochise" and "The Sheriff Of Cochise." Hoping to broaden the show's appeal, studio head Desi Arnaz, Sr. would change "The Sheriff Of Cochise" to "U.S. Marshal" in 1958 and allow Frank Morgan to investigate cases throughout the entire state of Arizona. The premiere episode "The Witness," is included in this collection, in which a U.S. Marshal is murdered and Frank is commissioned to take his place.

HONEYMOON: A dangerous convict escapes from prison, elopes with his sweetheart and commences a strange and torturous honeymoon joyride across several states.

THE FENCE: After perusing valuable diamond collections, a prominent jeweler sends a team of thieves to steal them.

THE WITNESS: A team of U.S. Marshals escorting government witnesses are gunned down by mobsters intent on preventing their testimony.