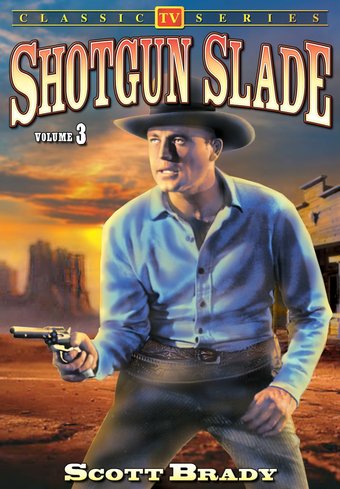 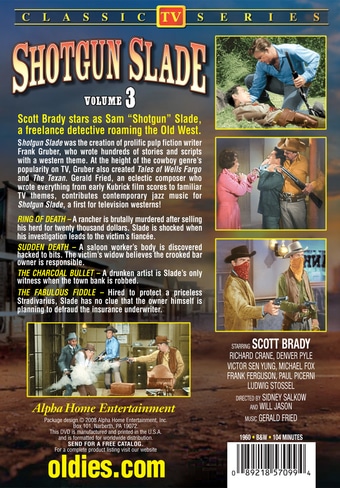 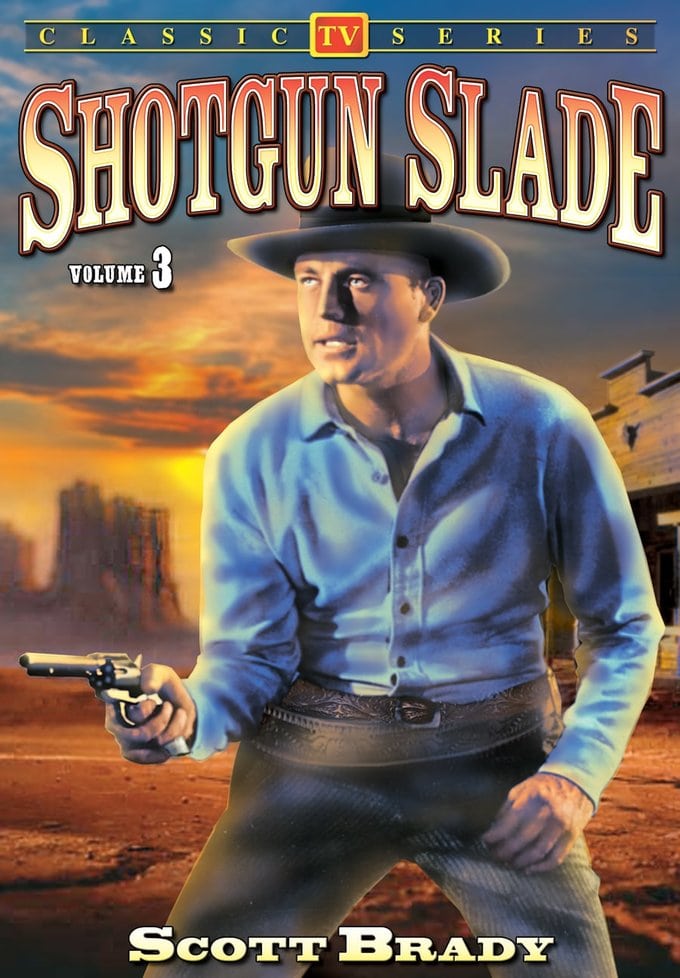 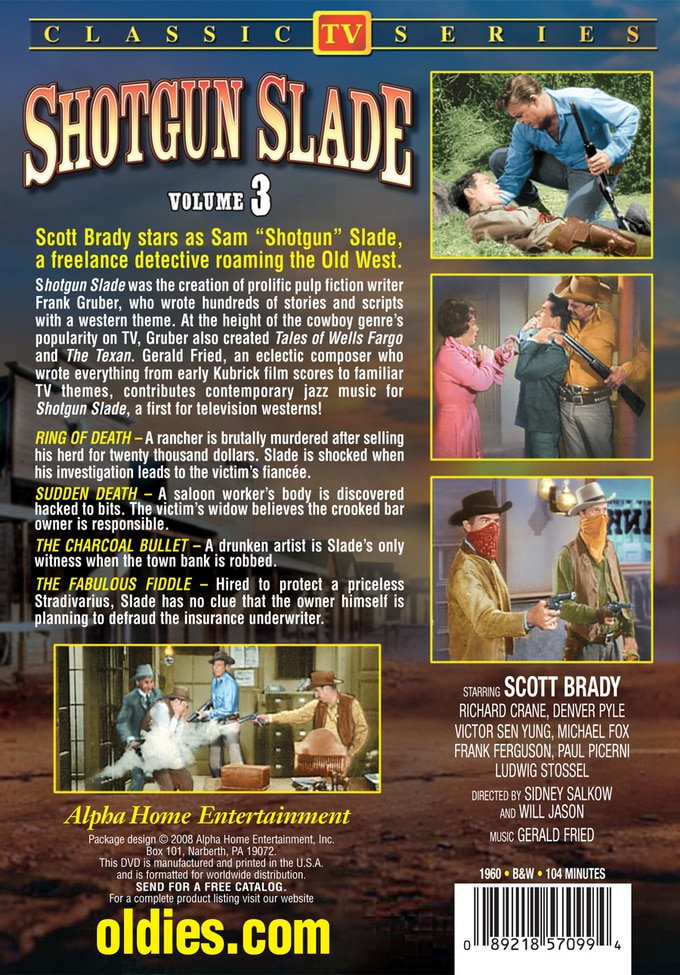 "Shotgun Slade" was the creation of prolific pulp fiction writer Frank Gruber, who wrote hundreds of stories and scripts with a western theme. At the height of the cowboy genre's popularity on TV, Gruber also created "Tales of Wells Fargo" and "The Texan." Gerald Fried, an eclectic composer who wrote everything from early Kubrick film scores to familiar TV themes, contributes contemporary jazz music for "Shotgun Slade," a first for television westerns!

Ring Of Death: A rancher is brutally murdered after selling his herd for twenty thousand dollars. Slade is shocked when his investigation leads to the victim's fiancée.

The Charcoal Bullet: A drunken artist is Slade's only witness when the town bank is robbed.

The Fabulous Fiddle: Hired to protect a priceless Stradivarius, Slade has no clue that the owner himself is planning to defraud the insurance underwriter.

This classic TV series combined two popular genres from the late 1950s and early '60s: the Western and the private-eye mystery. Scott Brady (THE ROCKFORD FILES) stars as Shotgun Slade, a Denver-based investigator who rides a horse and carries a special shotgun for emergencies. The anomalous aspects of the show were augmented by an experimental jazz score by Gerald Fried. This collection presents four episodes: "Ring of Death," "Sudden Death," "The Charcoal Bullet," and "The Fabulous Fiddle."