Fly and fight with the crew of an actual bombing mission over Germany / Inspiring documentary about the B-47 Thunderbolt fighter aircraft and missions over WWII Europe. 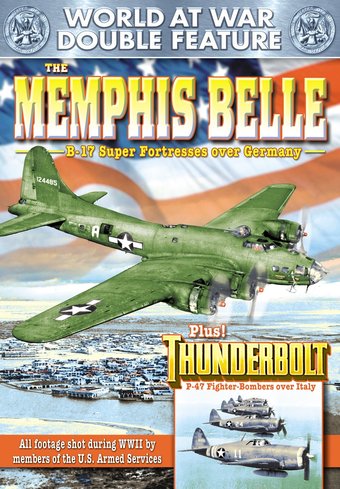 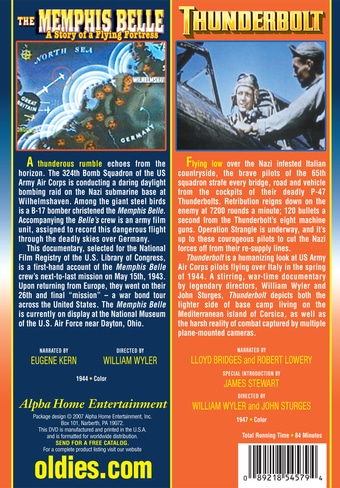 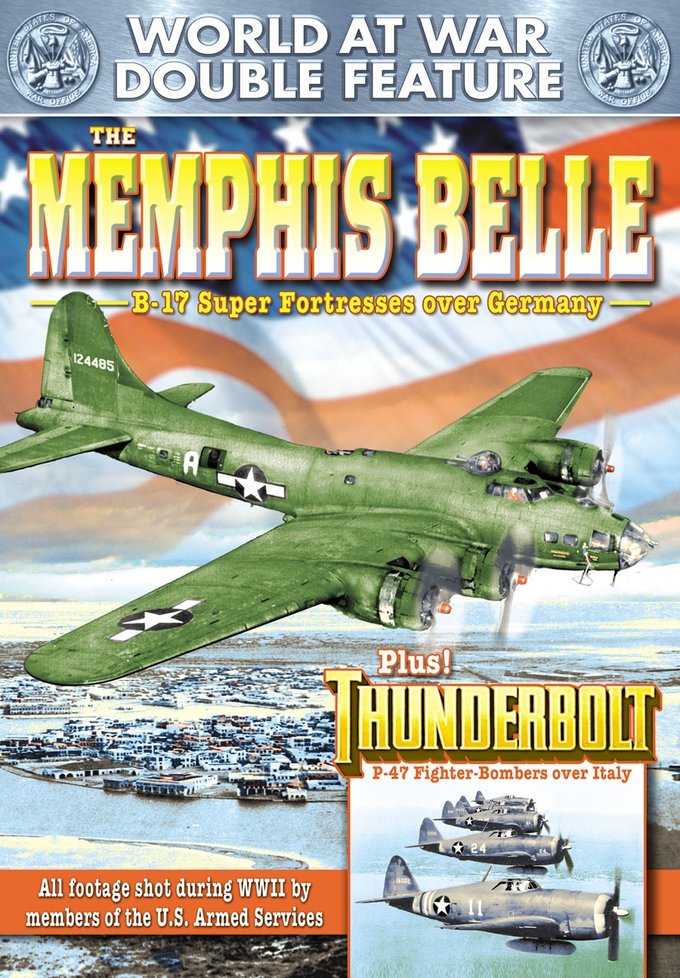 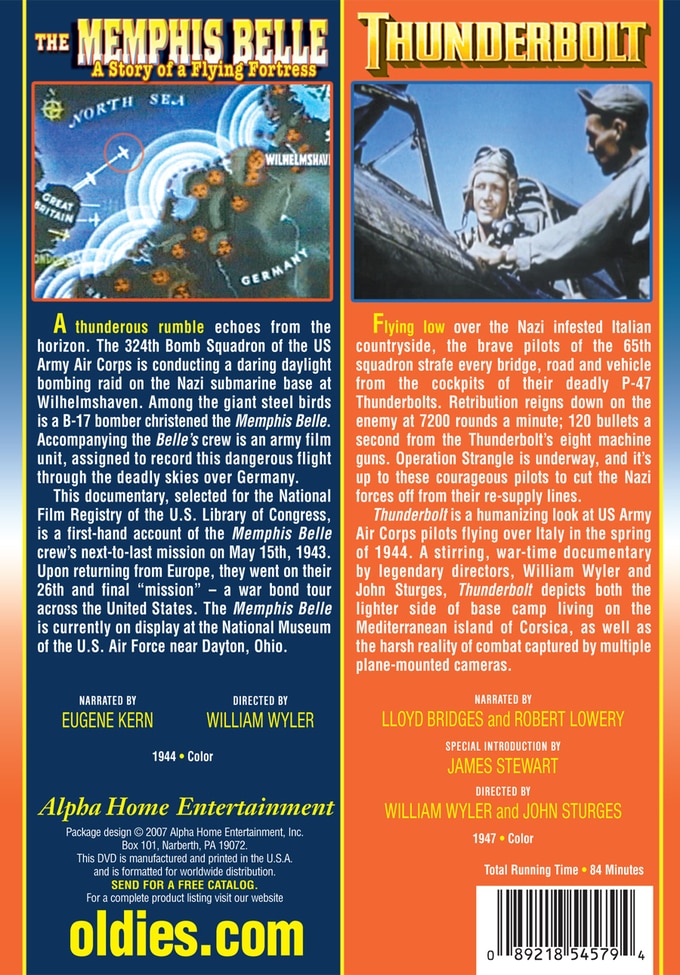 The Memphis Belle: A Story of a Flying Fortress (1944, Color): A thunderous rumble echoes from the horizon. The 324th Bomb Squadron of the US Army Air Corps is conducting a daring daylight bombing raid on the Nazi submarine base at Wilhelmshaven. Among the giant steel birds is a B-17 bomber christened the Memphis Belle. Accompanying the Belle's crew is an army film unit, assigned to record this dangerous flight through the deadly skies over Germany.

This documentary, selected for the National Film Registry of the U.S. Library of Congress, is a first-hand account of the Memphis Belle crew 's next-to-last mission on May 15th, 1943. Upon returning from Europe, they went on their 26th and final "mission" - a war bond tour across the United States. The Memphis Belle is currently on display at the National Museum of the U.S. Air Force near Dayton, Ohio.

Thunderbolt (1947, Color): Flying low over the Nazi infested Italian countryside, the brave pilots of the 65th squadron strafe every bridge, road and vehicle from the cockpits of their deadly P-47 Thunderbolts. Retribution reigns down on the enemy at 7200 rounds a minute; 120 bullets a second from the Thunderbolt's eight machine guns. Operation Strangle is underway, and it's up to these courageous pilots to cut the Nazi forces off from their re-supply lines.

Thunderbolt is a humanizing look at US Army Air Corps pilots flying over Italy in the spring of 1944. A stirring, war-time documentary by legendary directors, William Wyler and John Sturges, Thunderbolt depicts both the lighter side of base camp living on the Mediterranean island of Corsica, as well as the harsh reality of combat captured by multiple plane-mounted cameras.

Documentary | WWII
This product is made-on-demand by the manufacturer using DVD-R recordable media. Almost all DVD players can play DVD-Rs (except for some older models made before 2000) - please consult your owner's manual for formats compatible with your player. These DVD-Rs may not play on all computers or DVD player/recorders. To address this, the manufacturer recommends viewing this product on a DVD player that does not have recording capability.