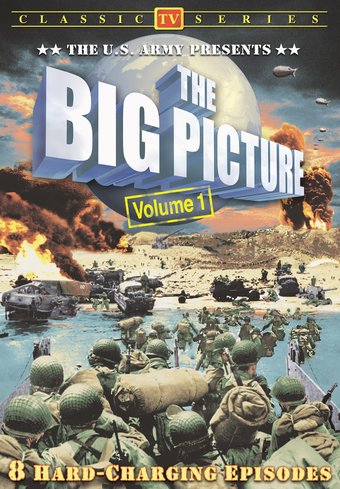 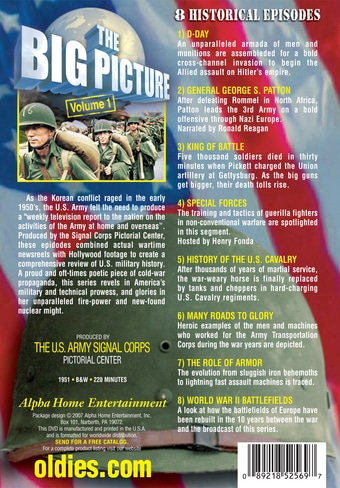 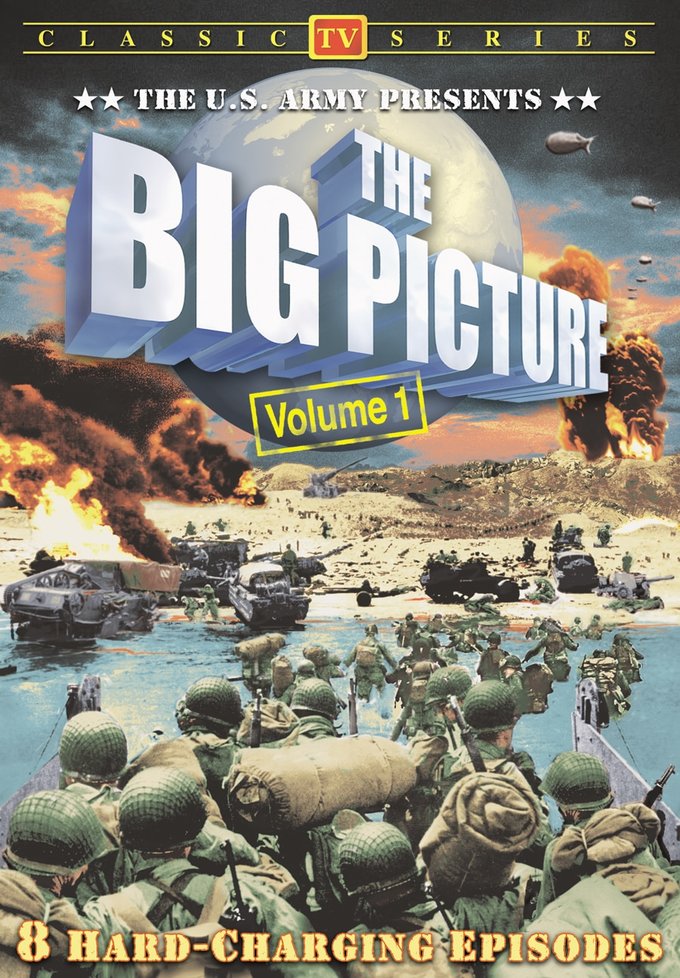 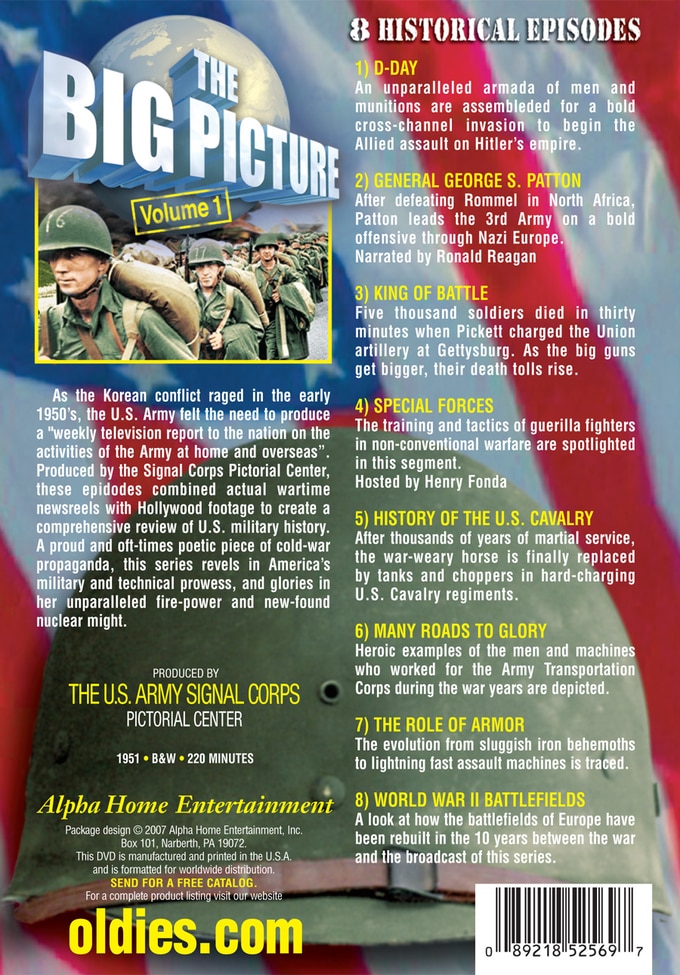 As the Korean conflict raged in the early 1950's, the U.S. Army felt the need to produce a "weekly television report to the nation on the activities of the Army at home and overseas." Produced by the Signal Corps Pictorial Center, these episodes combined actual wartime newsreels with Hollywood footage to create a comprehensive review of U.S. military history. A proud and oft-times poetic piece of cold-war propaganda, this series revels in America's military and technical prowess, and glories in her unparalleled fire-power and new-found nuclear might.

1) D-Day: An unparalleled armada of men and munitions are assembled for a bold cross-channel invasion to begin the Allied assault on Hitler's empire.

3) King of Battle: Five thousand soldiers died in thirty minutes when Pickett charged the Union artillery at Gettysburg. As the big guns get bigger, their death tolls rise.

4) Special Forces: The training and tactics of guerrilla fighters in non-conventional warfare are spotlighted in this segment. Hosted by Henry Fonda

5) History of the U.S. Cavalry: After thousands of years of martial service, the war-weary horse is finally replaced by tanks and choppers in hard-charging U.S. Cavalry regiments.

6) Many Roads to Glory: Heroic examples of the men and machines who worked for the Army Transportation Corps during the war years are depicted.

7) The Role of Armor: The evolution from sluggish iron behemoths to lightning fast assault machines is traced.

8) World War II Battlefields: A look at how the battlefields of Europe have been rebuilt in the 10 years between the war and the broadcast of this series.

Series | War | Television Shows
This product is made-on-demand by the manufacturer using DVD-R recordable media. Almost all DVD players can play DVD-Rs (except for some older models made before 2000) - please consult your owner's manual for formats compatible with your player. These DVD-Rs may not play on all computers or DVD player/recorders. To address this, the manufacturer recommends viewing this product on a DVD player that does not have recording capability.