Hollywood's biggest stars pitch in for victory in this solid collection of patriotic shorts. 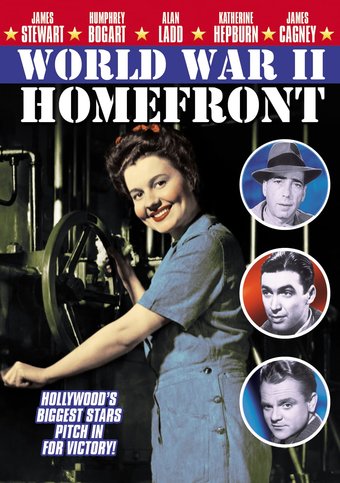 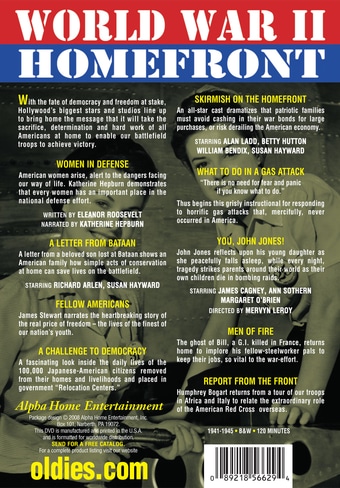 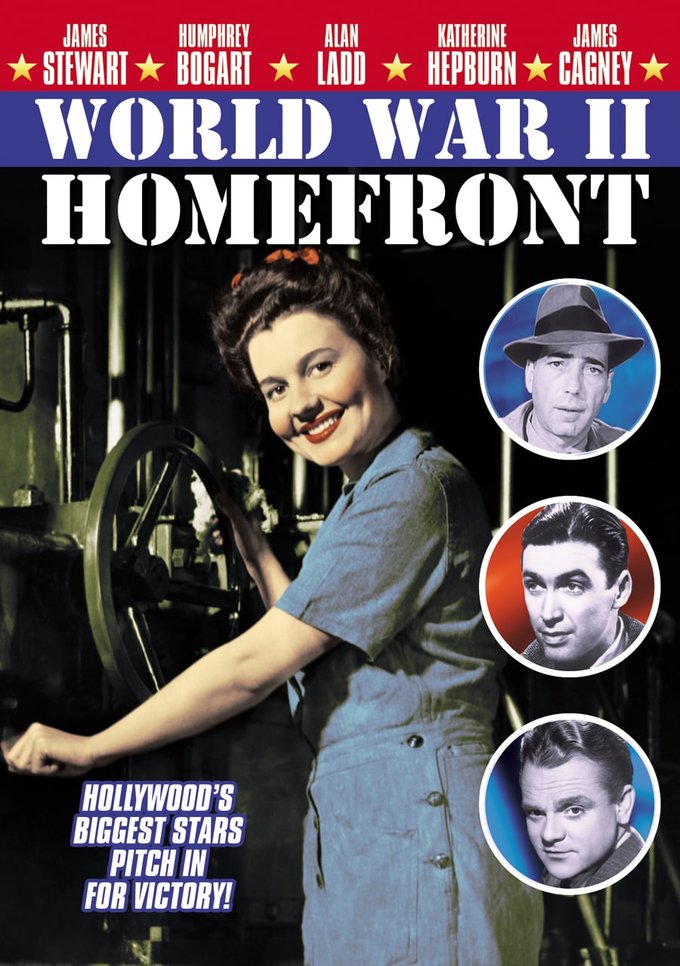 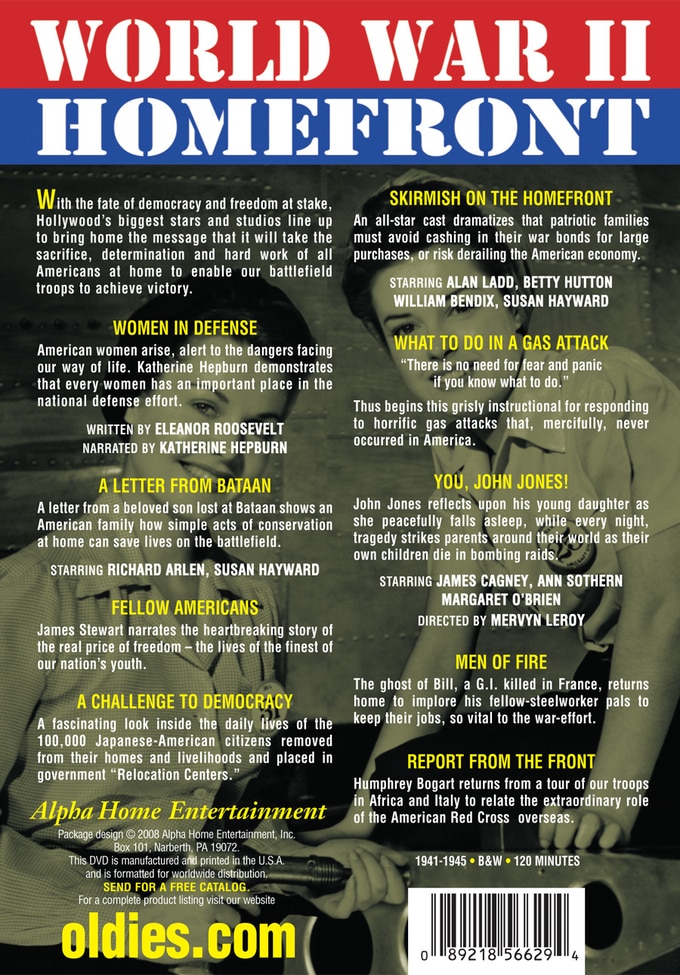 With the fate of democracy and freedom at stake, Hollywood's biggest stars and studios line up to bring home the message that it will take the sacrifice, determination and hard work of all Americans at home to enable our battlefield troops to achieve victory.

Women In Defense: American women arise, alert to the dangers facing our way of life. Katherine Hepburn demonstrates that every women has an important place in the national defense effort. Written by Eleanor Roosevelt and narrated by Katherine Hepburn.

A Letter From Bataan: A letter from a beloved son lost at Bataan shows an American family how simple acts of conservation at home can save lives on the battlefield. Starring Richard Arlen and Susan Hayward.

Fellow Americans: James Stewart narrates the heartbreaking story of the real price of freedom - the lives of the finest of our nation's youth.

A Challenge To Democracy: A fascinating look inside the daily lives of the 100,000 Japanese-American citizens removed from their homes and livelihoods and placed in government "Relocation Centers."

What To Do in a Gas Attack: "There is no need for fear and panic if you know what to do." Thus begins this grisly instructional for responding to horrific gas attacks that, mercifully, never occurred in America.

You, John Jones!: John Jones reflects upon his young daughter as she peacefully falls asleep, while every night, tragedy strikes parents around their world as their own children die in bombing raids. Starring James Cagney, Ann Sothern and Margaret O'Brien. Directed by Mervyn LeRoy.

Men Of Fire: The ghost of Bill, a G.I. killed in France, returns home to implore his fellow-steelworker pals to keep their jobs, so vital to the war- effort.

Report From The Front: Humphrey Bogart returns from a tour of our troops in Africa and Italy to relate the extraordinary role of the American Red Cross overseas.

War | World War II | Documentary
This product is made-on-demand by the manufacturer using DVD-R recordable media. Almost all DVD players can play DVD-Rs (except for some older models made before 2000) - please consult your owner's manual for formats compatible with your player. These DVD-Rs may not play on all computers or DVD player/recorders. To address this, the manufacturer recommends viewing this product on a DVD player that does not have recording capability.